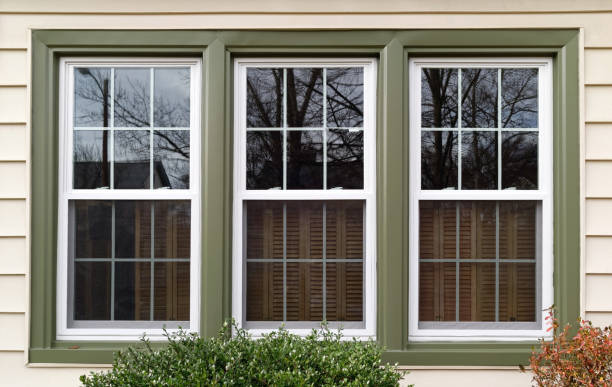 Smart Windows Are The Next Big Thing
Home
Innovations

Energy efficiency is a common problem faced by many countries across the globe. Despite a lot of technology developed and utilized to make buildings energy efficient, windows are usually ignored. Until recently the designs of windows have not been modernized or were made using the amount of technology deployed for buildings. This statement was given by Ioannis Papakonstantinou, a professor at the University College London UK teaching nano engineering.

Under his research project Intelglazing, research is being done to create a model of window coating which is just a nanometre thin that can facilitate better insulation for the buildings by employing new ideas in nanotechnology and photonics (the physics of light). Mr Ioannis Papakonstantinou says, “If you start blending these (window) coatings with nanotechnology, then you can push the performance boundaries to much higher levels.”

These smart windows are capable of controlling the amount of heat entering and leaving the building. This will in turn, reduce the need and dependency on energy intensive air conditioning units which will also lead to more energy efficient buildings in Europe. This could be a huge sigh of relief as approximately 75% of European buildings are energy inefficient and the authorities are aiming at re-modifying them in order to prevent heat costs.

This glass technology is divided into two parts, a ‘nanocomb’ structure overlapping each other to scatter the sunlight and the second part is where the windows become energy efficient. The ‘nanocomb’ part is made out of nanostructured glass which is microscopic in nature. This glass has a similar appearance to tiny hair combs which stand at a less than one micrometer of height. These nanocombs reduce the glare that enters through the window.

In simple words how it will function is, on hot days reacting to the temperature Vanadium Oxide will change its structure. This will lead to darkening of this substance thus rejecting most of the sunlight entering through the window. On cold days it will behave in the opposite way by lightening its structure and letting most of the sunlight in thus keeping the room relatively warm. Mr Ioannis Papakonstantinou said, “You can change the chemical composition of vanadium dioxide in a way that it can switch at a higher or lower temperature. So you have some quite good control.”

Windows equipped with this combination of nanocomb and Vanadium Oxide will also be water repellent in nature. This can have more than one benefit. When it rains, the water will quickly run off the surface and will also clean any dirt along the way. This will make the windows capable of self cleaning and safe especially when used in skyscrapers or any tall structures.

The main aim of this project is to provide ventilation to the re-modified buildings using the smart window technology. Installing modern ventilation system like air conditioning proves to be very difficult and expensive in such buildings. The smart window is expected to solve both the problems by providing better shade from the sun and to supply fresh air into the building.