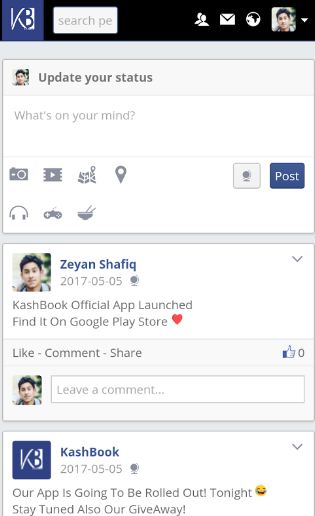 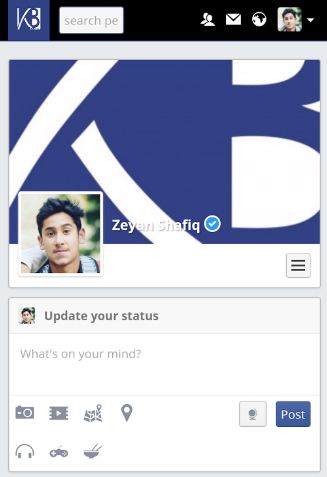 You’ll be amazed to know the talent this 16-year-old guy has! Zeyan Shafiq has come up with his own version of Facebook called- Kashbook.

Zeyan Shafiq, who finished his 10th standard exams a few months ago, along with his now 19-year-old friend Uzair Jan had created KashBook back in 2013 but decided to relaunch the site after the social media ban. The website, since its relaunch, has more than 1,500 users and are satisfied with its features.

“On the portal, you can add people and chat with them, post messages along with many features which one finds in other social media websites. There is also a market for buying and selling,” Zeyan told Catch News.

“The government has blocked access to all the social networks and they are blocking VPNs too. So, when they’ll block the whole access to social media then how will people from valley stay connected with each other? Kashbook is the answer to social media gag,” Zeyan said. He added, “Two days back there were some 130 users. Today we have 1,500-plus users.” The youth is poised to launch the app on iOS platform soon.

Is the ban really working? The answer is No. The ministers and government officers are using Facebook and Twitter. “It is true that Omar saheb might be using VPN to stay in touch with the party workers across the state through social media. But so do ministers of the ruling dispensation,” Junaid Mattu, the spokesman of National Conference, who regularly uses Twitter through VPN, said.

Virtual Private Network is an ultimate tool to access blocked websites. It is fairly simple. It offers a choice to access from any country and a user has an option from choosing from a wide range of countries.