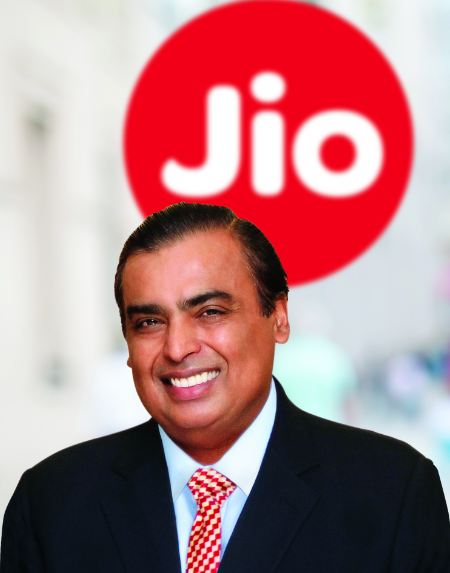 Mukesh Ambani, the chairman of Reliance Industries has topped the Forbes list of ‘Global Game Changers’ featuring the most influential business leaders from around the world based on corporate growth, innovation and international presence.

These global game changers are impacting industries and lives around the world. In order to be considered for the Forbes Global Game Changers list, leaders must be running a for-profit operation with a market value of at least $1 billion that is growing and innovating better than its peers as per Forbes.

Mukesh Ambani was selected for bringing the internet to India’s masses. The report says, Ambani entered the country’s telecom market with a bang, offering fast internet at dirt-cheap prices. Gained 100 million customers in six months and set off a wave of consolidation in the market as per the report by One India. “Anything and everything that can go digital is going digital,” says Ambani. “India cannot afford to be left behind.”

Last year, three Indian businessmen made it to the list. They were Rahul Bhatia of InterGlobe Enterprises, Cyrus Poonawalla of Serum Institute of India, and Sunny Varkey of GEMS Education at 3, 23 and 26 positions respectively.