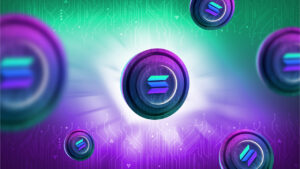 Solana Ventures, Lightspeed Venture Partners, and FTX, a derivatives exchange, launched a $100 million GameFi ecosystem fund on Friday. The funds will be used to invest in gaming studios, technology firms, and other projects “at the intersection of blockchain and gaming,” according to the companies.

The money will go toward gaming companies and technology that incorporates the Solana blockchain into PC and mobile platforms’ video games. With FTX and Lightspeed leading a $21 million funding round for gaming company Faraway, the project has already yielded its first investment.

Gaming has a significant chance to “bring the next billion users to Web 3,” a broad term for a more decentralized internet, according to Amy Wu, a partner at Lightspeed Venture Partners. Epic Games, Wintermute, FTX, and Off-chain Labs are among the late-stage gaming and cryptocurrency firms in which Lightspeed has invested over $300 million.

Blockchain and cryptocurrencies are quickly blending with the game industry, resulting in new user experiences and revenue streams. GameFi is a broad word that describes the financialization of gaming using DeFi and nonfungible tokens as a result of this junction.

The news arrives at a time when the concept of metaverses, or virtual worlds, is gaining traction. Facebook’s corporate name was changed to Meta last week as the business worked on new technologies to enable people to interact and explore the metaverse.

According to certain reports, the metaverse will play an important role in the future of gaming. Users will be able to meet, converse, and play games together in the metaverse, according to one notion.

To that goal, blockchain gaming businesses have lately raised a significant amount of money. Gaming, according to venture capital firms, will help draw more people into the crypto world.

“Gaming has a huge chance to bring the next billion consumers to the web3,” Amy Wu, a partner at Lightspeed Venture Partners, stated. “We’re thrilled to be partnering with FTX and Solana Ventures to help expand this ecosystem.”

Epic Games, 1047 Games, TripleDot Studios, and Faraway Games are among the gaming startups in which Lightspeed has invested. It made the initial investment in Faraway Games, alongside FTX and Solana Ventures, as part of a new $100 million fund.

According to a spokesman for Solana Ventures, the fund is denominated in dollars, which means cash will be invested in firms focused on web3 gaming on Solana and other blockchains.