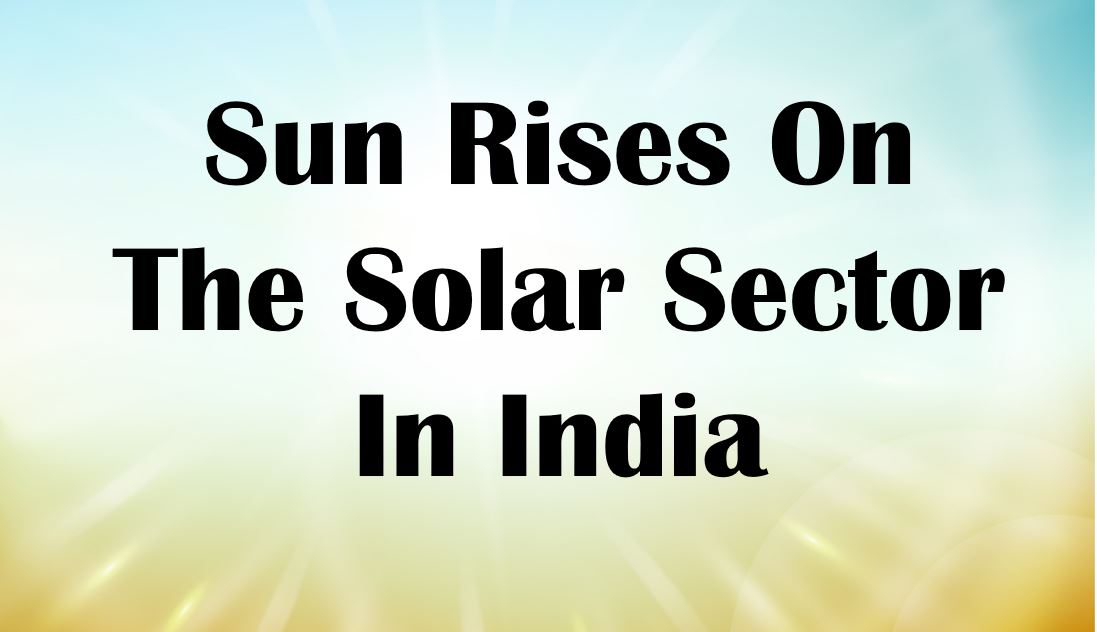 Since the time humans discovered the sources of producing energy, they have been very active in realising various modes which can utilise this energy and can make their lives easier. But now, most of the energy resources used by the mankind are depleting. This forces the human race today to embark on a quest to find out a renewable source of energy which can be used over and over again without getting depleted. In order to make this idea global, India under the leadership of Prime Minister, Narendra Modi has launched International Solar Alliance(ISA) on 30 November, 2015 with the French President, François Hollande, at the Paris COP21 climate summit. Techstory’s Nitin Konde sheds light on the ISA and talks to various stakeholders in the market about what it will mean for the Indian solar ecosystem.

The idea was welcomed by 120 countries and they joined hands to be a part of this new initiative. With 300 million people living without electricity, India’s development poses a moral question. But the Modi government’s pledge to go big on renewable energy has encouraged environmentalists.

While addressing the packed audience in Paris, Narendra Modi, Prime Minister, India said, “Solar had created a revolution, as costs had declined sharply, technology continued to evolve and grid connectivity was improving. The dream of universal access to clean energy is becoming more real. This will be the foundation of the new economy of the new century.” PM described solar energy as “The sunrise of new hope, not just for clean energy but for villages and homes still in darkness, for mornings and evening filled with a clear view of the glory of the sun.”

ISA, the newly formed body has invited all countries located fully or partly between tropics of Cancer and Capricorn to join. However, the body will be commencing its functions from National Institute of Solar Energy, Gurgaon, India.

Techstory spoke to few experts to find out the sentiments of the market, the ground realities of ISA and how it is going revolutionize the solar energy sector of India. In an exclusive interview with techstory.in, Tanya Batra, Vice President- Marketing, Sunkalp Energy, New Delhi and Gyanesh Chaudhary, Managing Director and CEO, Vikram Solar, Kolkata share their views about the newly launch ISA.

Commenting on the development Tanya Batra opined, “The future of the country is definitely on a shiny path. The fact that India will function as the Secretariat for the International Solar Alliance for the next 5 years speaks a lot about how India would lead the objectives of the alliance that range from policy recommendations to providing off grid solar solutions. I feel India would be a testing ground for implementing the objectives highlighted in ISA working paper, and hence would greatly benefit in growing solar in leaps and bounds within the country. Perhaps, this could be a key in helping India achieve the 100 GW target.”

Sharing his views on the same line, Gyanesh Choudhary said, “India has already demonstrated its commitment to clean energy by setting solar energy target of 100 GW by 2022. This commitment has been further enforced with India taking a leadership position globally by the formation of International Solar Alliance. We are optimistic that the Alliance will not only help in attracting further investments in the solar sector but encourage collaboration in research and innovation. I firmly believe that today India is creating climate for change.”

Talking about the current challenges faced by the industry, Batra said, “Basically, we need to spread awareness among customers related to quality vs low price. Investors want to invest in a minimum of 100 kW of projects nullifying the interest of home owners who may want to pay a lesser tariff through the OPEX model. Subsidies have more or less brought the projects to a standstill if not disbursed on time. We have heard that subsidies usually take a minimum of 6 months to be disbursed. The biggest challenge is to get the market free from low quality Chinese products as these are spoiling the market to a great extent. “

Speaking on the progressive plans of leveraging solar energy in India, Choudhary explained, “India is blessed with massive solar potential of 748 GWP and if this resource is utilized to its fullest, carbon footprints in a developing nation like India could be brought down to a great extent.”

However, Tanya Batra also described about the expectations of the industry from the government. Adding her views on the same, she elaborated, “I think the government has done what it had to. All the policies and subsidies they have in place for say Rooftop Solar in India, if that’s executed in a timely manner, that’s about all we need. Of course, the International Solar Alliance was a great initiative as well and everyone really hopes to get something good out of it. However, we need the government to assist us in spreading mass awareness about the solar energy which is largely missing. People are led by misconceptions and word of mouth rumours. Sunkalp Energy is trying to bridge that gap by having an information portal for end customer and building trust among them.”

India’s launch of ISA is a very productive move and certainly it has been admired by many countries. If all goes according to the plan, India will lead globally in the solar energy sector and it has the potential to become the hub of solar energy. As per the sentiments of the Indian market, ISA has fumed new life into the solar business and this will take the market to a next level.