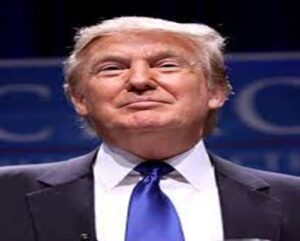 Some of the investors with the Digital World Acquisition Corp are opting out after it decided to purchase the social media app Truth Social.

Truth Social is an app with a lot of similarities with the micro-blogging site Twitter. Truth social has earlier said that it is a social media app that aims to promote free speech.  Earlier the app was taken down from the app platform Google Play after it failed to come up with a content moderation policy. The app is available on the apple app store.

The Digital World Acquisition has said that out of a total of one billion investment commitments made by PIPE, (Private Investment in Public Equity) private investors have terminated nearly 139 billion dollars. While Digital World refrained from disclosing the name of investors backing off, reports suggest that Sabby management which had invested 100 million has announced its termination. A comment from Sabby is awaited.

Reports bring out that such investors have time till 20 of this month, in case they want to move the money. Reportedly, a few more investors are contemplating on opting out. Some are even waiting for the DWAC to provide them with suitable terms.

More investors could pull out in the next few weeks, sources said, as they can terminate anytime after the deadline. Many are waiting for DWAC to propose more preferred terms to PIPE investors, according to a source.

The deals between three the TMTG group, SPAC and Trump media are mired in controversies. The SPAC is being investigated by authorities for impropriety. The digital world has said in a statement that, there is the possibility of extending of life of the deal by at least three months. Its initial attempt to get an extension of a year was found inadequate.

TMTG (Trump Media and Technology Group) believes that the US main media is left-leaning and biased. The about section says that the mainstream media is stifling the voice and hence the future. TMTG says it is aiming to build a new parallel media to counter the narrative set by the mainstream media. TMTG was founded in the year 2021 by former US president Donald Trump. Donald Trump was banned from Twitter following the Capitol Hill saga. TMTG is yet to comment on the matter.

SPACs or Special Purpose Acquisition Companies which are believed to open for two years are mainly used to take companies public.