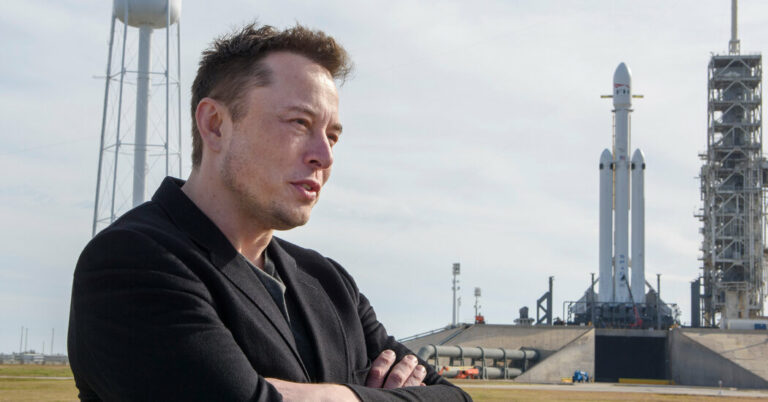 On many occasions, SpaceX Founder and CEO Elon Musk have been in the news for his Twitter replies, or tweets. SpaceX employees are raising their voices on certain incidents where Musk’s statements did not live up to the company’s “No Asshole” policy. There is zero tolerance for sexual harassment in the company. Yet, in April, Musk shared an image of Bill Gates and an emoji of a pregnant man, saying “in case you need to lose a boner fast”.

Also, last year there was a tweet reposting Jeff Bezos’s Blue Origin, quoting “can’t get it up (to orbit) lol”. These comments from the employees come from an internal chat system. Employees can sign the letter anonymously, where a signed version of the copy will be sent to SpaceX president Gwynne Shotwell.

It is reported by The Verge, that Musk’s actions are considered to be damaging the company’s image, according to employees. Those documents indicate that employees from various “spectra of gender, ethnicity, seniority and technical roles have collaborated on”. It is not exactly known which employee wrote which statement. One letter states, “Elon’s behavior in the public sphere is a frequent source of distraction and embarrassment for us, particularly in recent weeks. As our CEO and most prominent spokesperson, Elon is seen as the face of SpaceX — every Tweet that Elon sends is a de facto public statement by the company. It is critical to make clear to our teams and to our potential talent pool that his messaging does not reflect our work, our mission, or our values.”

Musk has been doing a lot recently, and his presence on Twitter can be particularly crass. In April, he shared an image of Bill Gates and an emoji of a pregnant man, captioned with “in case u need to lose a boner fast.” Last year, he also responded to a tweet about Jeff Bezos’ aerospace company Blue Origin, saying “Can’t get it up (to orbit) lol.” Musk is also currently attempting to buy Twitter.

Shared on Wednesday in an internal SpaceX Microsoft Teams channel with more than 2,600 employees, the letter argues that the company is not living up to its oft-stated “No Asshole” policy and its zero-tolerance sexual harassment policy. The document goes on to suggest three different “action items” to address the situation: SpaceX should “publicly address and condemn Elon’s harmful Twitter behavior”; the company should “hold all leadership equally accountable” for bad behavior, and SpaceX needs to “clearly define what exactly is intended by SpaceX’s ‘no-asshole’ and ‘zero tolerance’ policies and enforce them consistently.”