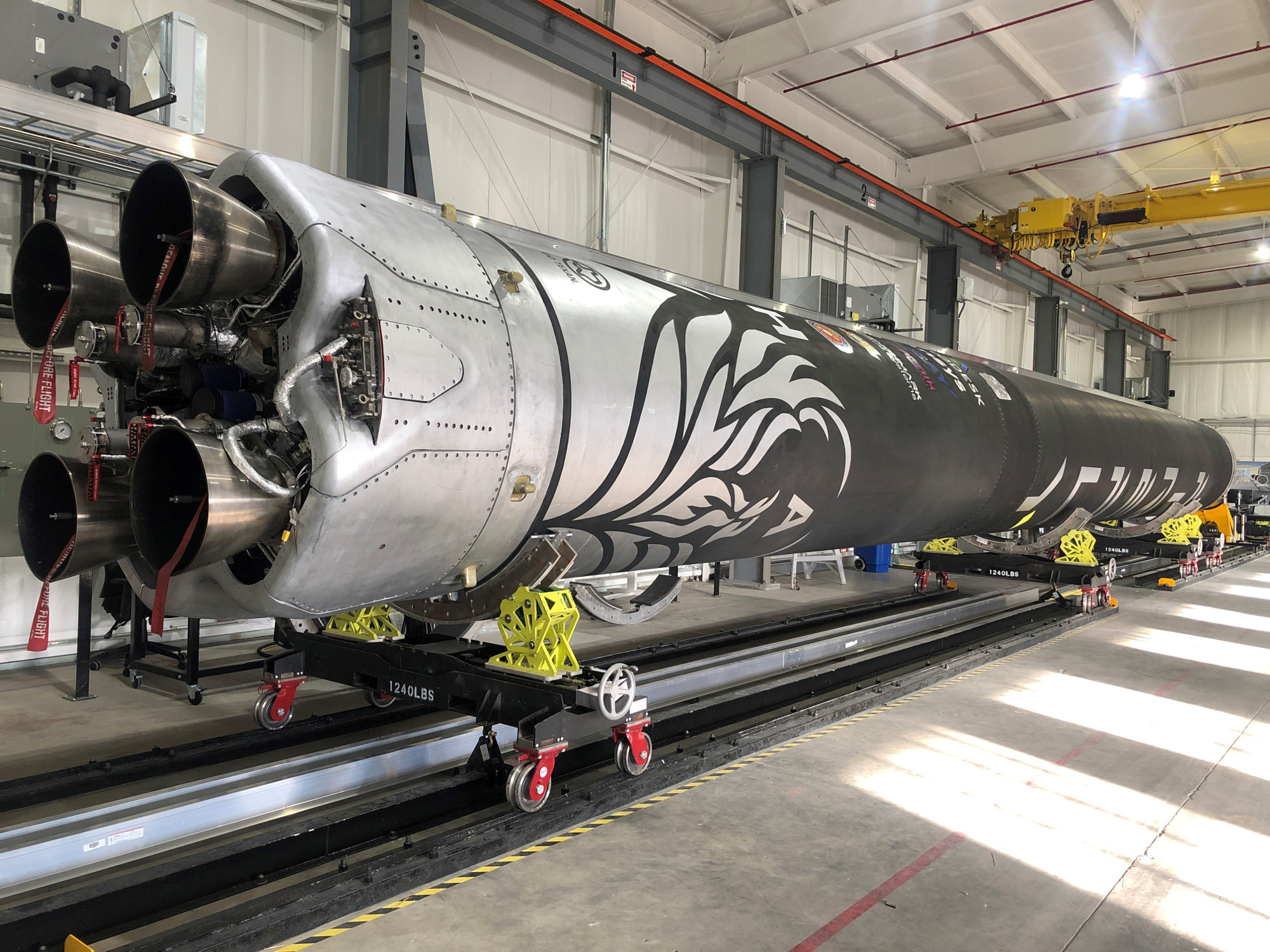 The Blue Ghost will be carrying 10 payloads to the moon. These payloads are NASA’s commercial lunar payload services which are under 19D mission. The launches are to take place in the coming 2 and a half years.

Interestingly, Firefly itself is capable of launching its Alpha Rocket with an electric space tug. As said by Firefly senior vice president, Shea Ferring, “Firefly is excited to fly our Blue Ghost spacecraft on the highly reliable Falcon 9, which will deliver NASA instruments and technology demonstration payloads that support NASA science goals and NASA’s Artemis program. The high performance of SpaceX’s Falcon 9 launch vehicle permits a lunar transit using minimal Blue Ghost propulsion resources, thereby allowing the lander to deliver more than 150 kg of payload to the lunar surface.”

Firefly is pleased to announce we selected SpaceX to launch our Blue Ghost lunar lander for the NASA CLPS 19D mission. We’re excited to leverage the performance and reliability of Falcon 9 to propel Blue Ghost on the first phase of its journey to the Moon! https://t.co/YLJJK8rlLd

In February, NASA first announced the selection of Firefly for their commercial moon delivery in 2023. The associate administrator from NASA, Thomas Zurbuchen, “We’re excited another CLPS provider has won its first task order award. With this initiative, we seek to develop ways for new science and technology development utilizing a service-based model.”

Furthermore added, “This allows U.S. vendors to not only demonstrate their ability to safely deliver payloads to our celestial neighbor, but also expand this capability for others who want to take advantage of this cutting edge approach to explore the Moon.”

Recently, SpaceX is ramping up with its Starlink launches. With these launches, the booster used for Falcon 9 has been used for more than 10 launches so far. Now with this commercial launch deal, SpaceX will be having more launches soon.

Additionally, Firefly admitted that their Alpha rocket doesn’t have the potential right now. They expect their future beta launch will have their rocket.

Our Alpha rocket does not have the performance or payload volume needed to launch Blue Ghost – F9 does. Our future Beta launch vehicle will support Blue Ghost launch.

However, the launch now has an added advantage as Falcon 9 can carry more load than usual. About 150 kg (330lb) NASA payloads can be carried to space, three times more than what Alpha rocket can carry.

This isn’t the first time SpaceX is selected for a commercial launch. Further, the other launches include Israel’s Beresheet spacecraft. Which partially wasn’t successful due to various reasons. Their next launches are expected to come soon, but there are no further details.

The Moon lander’s mission is to conduct certain missions. As said by NASA, “The payloads we’re sending as part of this delivery service span across multiple areas. From investigating the lunar soil and testing a sample capture technology, to giving us information about the Moon’s thermal properties and magnetic field.”