Market Listing in India To Get Better For Startups ! 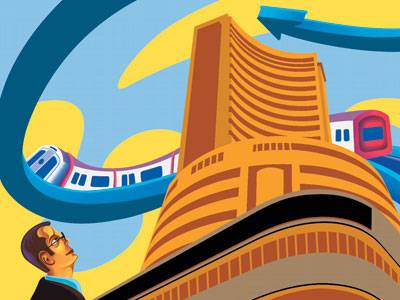 Capital markets regulator Sebi is likely to put out a discussion paper on the listing norms for start-ups next week.

Securities and Exchange Board of India (Sebi) Chairman U K Sinha today met an eight-member team from start-up think-tank iSpirt Foundation here to discuss the way forward for start-ups to raise funds from the primary markets.

“Sebi would put out a discussion paper next week suggesting a series of improvements. The first draft guidelines are expected by the end of June,” iSpirt Foundation co-founder and governing council member Sharad Sharma told PTI.

The think-tank has been in touch with Sebi since mid-December to facilitate the rapidly burgeoning start-up space to go public and raise funds.

“This will stop the exodus of start-ups that choose to list on international markets currently,” Sharma said. He, however, declined to comment on the contents of the discussion paper.

At the last meeting with Sebi on December 19 last year, the industry had sought regulatory intervention in easing the existing regulations and guidelines which make it difficult for companies to get right investors and advisors.

Another suggestion was to make the listing process faster and easier so that investors could exit.

Minutes of the past meeting with Sebi posted on the thinktank’s website say the Sebi chairman had indicated that the regulator was exploring putting in place a framework for crowd-funding which will provide a much-needed new mode of financing for start-ups and SME sector and increase flow of credit to SMEs and other users in the real economy.

In this mode, small and medium enterprises (SMEs) and start-ups will be able to raise funds at a lower cost of capital without going through rigorous procedures.

Last year, both the BSE and NSE had launched exclusive SME platforms exclusively for small companies to facilitate capital raising by them, including start-ups.

The BSE SME Exchange leads the segment with 89 listed companies commanding a market capitalisation of Rs 4,682 crore, the NSE’s Emerge has just 16 stocks on the platform.

Last week, Sinha had said the regulator was hoping to come up with the final guidelines to help start-ups raise capital in the next three to four months.

“We want our companies to list here rather than being forced to list outside. It appears that a certain set of rules will have to be carved out for them because they have a very specific business model,” he had said, adding the Sebi would soon be floating a discussion paper which will be followed up with the final guidelines.