Steam bans games or other applications that involve cryptocurrency or NFTs.Valve Software, the firm behind Steam quietly changed its content regulations and guidelines for studio partners in the previous several months. Programs “based on blockchain technology that issue or facilitate the trading of cryptocurrencies or NFTs” are now clearly prohibited. 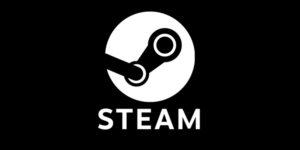 According to the rules specified, it should still be feasible to publish a blockchain-based game on Steam as long as it does not feature crypto/NFT trading. Other blockchain-based gaming applications, such as unique in-game objects tied to a certain player, would theoretically be unaffected by Valve’s new regulation.

At the time of writing, other blockchain-based games that don’t contain crypto or NFT trading, such as 8 Circuit Studios’ Project Genesis, were still available on Steam.

Valve appears to have attempted to fly under the industry’s radar with its new policy. It hasn’t made any public announcements about the move, and some of its onboarding documentation for new publishing partners still doesn’t mention it, according to The Verge.

Instead, the news came from SpacePirate Games, the creators of Age of Rust, an indie game that was set to be released on Steam later this year. “Detailed puzzles, a fresh plot, new places, and in-game treasure hunts for blockchain assets and currency,” according to Age of Rust’s official website. Whoever finds a well-hidden object in Age of Rust will receive 20 Bitcoin ($1.22 million as of Oct. 16).

On Thursday, the official Age of Rust Twitter informed that the game has been removed from Steam without warning. The Age of Rust developers wrote, “Steam’s point of view is that items have worth, and they don’t allow products that can have real-world value on their platform.”

On Sept. 30, Steam pulled Light Nite, a multiplayer third-person shooter with a “play to earn” system that rewarded in-game triumphs with small sums of Bitcoin. Satoshis Games, the game’s creator, said at the time that “Steam has let us know that they will not be distributing crypto or NFT games” as of a few weeks before the announcement.

It’s difficult to know what motivated Steam’s new anti-crypto/NFT restriction without an official remark on the subject. On the surface, SpacePirate Games’ argument for “things that can have real-world worth” seems strange, given that Steam itself has a marketplace where players can trade real money for in-game products.

The Steam Marketplace, on the other hand, has seen its fair share of scams and controversy. Valve has been sued by several groups, including the Quinault Nation in Washington State, who accused Valve of utilizing loot boxes in Counter-Strike as a form of illegal gambling in 2019.

Another issue came in 2018 when an indie game called Abstractism made it to Steam before anyone realized it was a well-hidden cryptocurrency miner. Later that year, Steam banned 170 more “troll games,” many of which were purportedly scams designed to steal digital things from Steam users’ inventories.

With that in mind, Valve may be merely avoiding further controversy, especially considering the present condition of play in NFTs. Simply under being the largest digital retailer for PC games, Steam is rife with controversy at any given time.