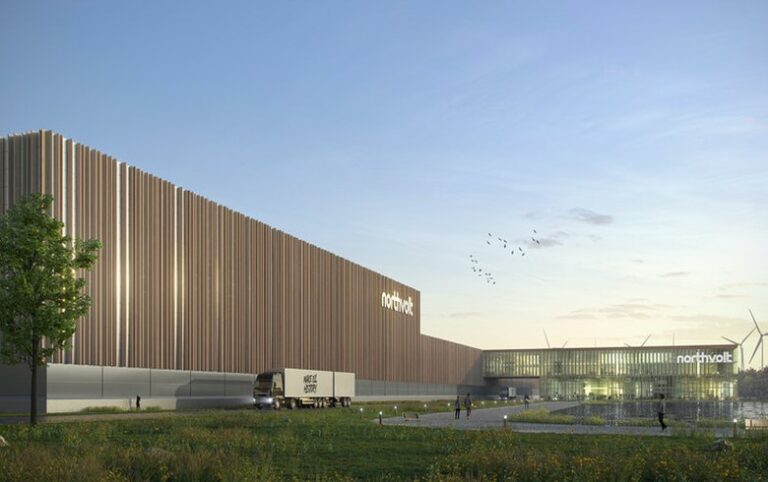 Known as “Northvolt Drei”, the plant will be a new €4 Billion battery Gigafactory by the Swedish company Northvolt. It will be located in Northern Germany in the city of Heide, which will be the company’s third production facility. The factory will have at least 60 gigawatts of annual capacity, also the first factory that is outside of Sweden.

Northvolt CEO Peter Carlsson said the area offered everything a battery company would want: support from local authorities and plenty of talent to pick from. “In Heide, we really found a spot where we could combine all our requirements: attracting talent and feeling the support for our aspiration of building the world’s greenest batteries,” Carlsson said. “With the energy mix in Schleswig-Holstein, with the offshore wind coming in, but also with the linkage to Denmark and Norway in the energy feed, we saw that this is probably the best spot for us in Germany to build this set-up.”

In December, Northvolt became the first European company to design, develop, and build a lithium-ion battery cell entirely in Europe. The cell was prismatic and not cylindrical as many EV enthusiasts are familiar with, like in Tesla’s vehicles. Prismatic cells consist of large sheets of anodes, cathodes, and separators sandwiched, rolled up, and pressed to fit into a metallic or hard-plastic housing in cubic form, as reported by AllAboutCircuits.

Germany is Europe’s leading EV battery production location with 485 gigawatt hours of capacity in both existing and planned facilities, Northvolt said in a statement citing Handelsblatt. With big-name EV players like Tesla committing to a massive Gigafactory facility near Berlin, which is set to launch in just one week, other battery makers have flocked to the region. CATL, SVOLT, and PSA Group have all announced projects in the region. Tesla also plans to build its 4680 cells in Germany in the coming years. German authorities, including the country’s Trade and Invest group, voiced their support for Northvolt’s new facility.

“We welcome Northvolt’s decision to come to Heide, which gives the company not only proximity to Europe’s largest automotive market but also access to Germany’s highly skilled workforce as well,” German Trade & Invest (GTAI) CEO Robert Hermann said. “Northvolt is a great addition to the growing battery production landscape here in the heart of Europe.” Heide is located near Hamburg, a large metropolitan area that has several technical colleges and universities known for its expertise in engineering. Additionally, Hamburg had the reputation of a city but also has a rural feel, as plenty of surrounding towns offers considerable landmass, which is suitable for manufacturing projects. Northvolt said Heide offered “the space required to establish a battery plant of sufficient size to leverage the economies of scale in production.”