According to a report by business daily The Economic Times, Tata Industries will transfer some of its significant startup companies, including Tata Cliq, Tata Cliq Luxury, Tata CLIQ Palette, and Tata Health, to Tata Digital in the coming two weeks as part of a move to consolidate the scalable ecommerce entities under one roof.

This development is part of a larger group consolidation strategy being led by Tata Sons, the primary investment holding company of the Tata Group, which has been combining related businesses operated by different Tata Group companies to reduce costs and concentrate on gaining scale and competitive advantage.

The emphasis in this case is on scalability and capital allocation efficiency. Smaller businesses must grow in order to be profitable, and those that can do so are being housed in entities that can, according to a story that quoted an executive. According to the article, Tata Health would be included into Tata Digital’s 1mg medical ecommerce division. 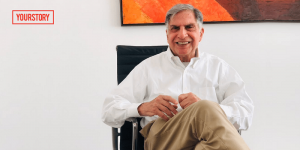 Control systems, information technology, financial services, automotive components, aerospace and defence, telecom gear, and telecommunication services are just a few of the industries in which Tata Industries has spawned businesses.