As a part of the tech in Techstory, we bring you the latest in the technology from around the world under “TECH THIS WEEK!” every Sunday! This week we saw Microsoft Translator app rolling out real time translations feature and Snapchat launching Groups feature. We also saw Google’s update on its Internet of Things front with the all new Android Things and Facebook’s latest messenger update with Snapchat like features. In case, if you’ve missed any of those, along with the reveal of largest hack in the tech industry, don’t worry just keep reading !

Microsoft is competing with Google Translator by launching it’s own translator. It has this unique feature which translates conversations in real time with up to 100 speakers using their own smartphone, tablet, or PC.

The technology is applicable in one-to-one conversations such as a traveler getting information from a concierge, one-to-many interactions such as a tour guide speaking to a throng of tourists, and many-to-many communications such as multiple immigrants sharing experiences in a support group.

The feature builds on the same Microsoft Translator speech translation technology that powers Skype Translator, a service that allows people to communicate in real time over the Internet while speaking different languages. 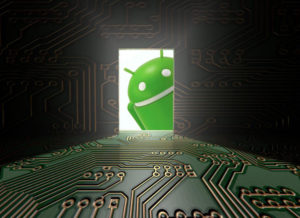 Google in an effort to make its mark in the Internet of Things has announced two latest developments to its IoT developer platform to make it faster and easier for developers to create smart connected products.

The developer preview of Android Things, a platform to build connected devices for a wide variety of consumer, retail, and industrial applications was launched today. The statement explaining Android Things read,

Now any Android developer can quickly build a smart device using Android APIs and Google services, while staying highly secure with updates direct from Google. We incorporated the feedback from Project Brillo to include familiar tools such as Android Studio, the Android Software Development Kit (SDK), Google Play Services, and Google Cloud Platform. And in the coming months, we will provide Developer Preview updates to bring you the infrastructure for securely pushing regular OS patches, security fixes, and your own updates, as well as built-in Weave connectivity and more. 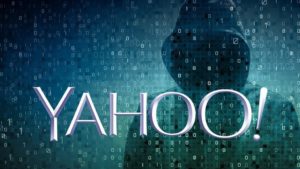 After a series of hacking attacks this year, Yahoo released a new statement stating that the company had been hacked in 2013 and accounts of over 1 billion users have been compromised.

In an effort to identify the data breach disclosure in November about its attack in 2014, Yahoo hired a expert forensic team to analyse the data that was allegedly hacked by the hacker named Peace and confirmed that it was Yahoo user data. In a further disclosure, the company stated that based on the analysis it was revealed that the company was hacked by an unauthorized third party in August 2013 and more than 1 billion user data were compromised during this attack. Yahoo feels that this attack is distinct from the one the company previously disclosed in September where over 500 million users were attacked. 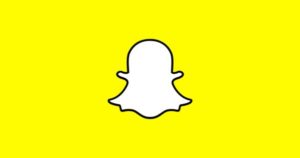 Snapchat has released a new feature, allowing people to create groups of up to 16 friends. Many people wished for that and it was granted finally! Before the update, you had to individually check off each of your Snapchat friends to send Snaps.

Groups can be created while sending a Snap, or when you’re making a new Chat. When your friends are present in a Group Chat, Snapchat shows their name at the bottom of the Chat. Simply tap their name to start a 1:1 Chat, and then easily return to the Group in one swipe! That’s Quick Chat, and it’s the fastest way to keep the conversation going with one friend without spamming the entire Group.

Snap stated in a blog post, “We’ve also introduced two new Creative Tools – Scissors and Paintbrush. Use Scissors to cut out part of a Snap on the Preview Screen to turn it into a sticker! The Paintbrush can be applied to Snaps in Memories, and turns a Snap into an artistic masterpiece!” 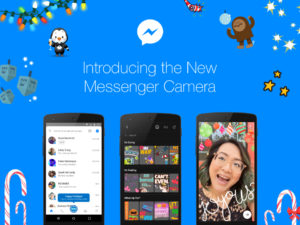 There are thousands of stickers and frames to choose from, as well as all-new 3D masks and special effects that will turn your everyday moments into works of art. Finally, you can customize your new creations with drawings and text to brighten the conversations that you’re already having.

Facebook Messenger is launching a brand new, faster and easier-to-use camera with art and special effects to help make conversations better than ever.