TESLA ANNOUNCES NEW ‘TABLESS’ BATTERY. HOW IS IT BETTER?

The much-awaited Tesla’s Battery Day is finally here with some exciting announcements. The future of technology, electric cars and batteries is rightly brought to us by Tesla CEO, Elon Musk.

The Battery Day Event 2020 started as a mute video presentation by the company on their Live Stream on YouTube. Twitter was flooded in confusion and what not!

Elon Musk introduced Tesla’s new ‘Tabless’ battery technology to the world and we are nothing but thrilled. This new battery is said to increase the range and power of an electric car. These new batteries are developed in order to make electric cars more efficient and affordable.

The production of these new batteries is planned to be done in-house by Tesla in their Terafactories which will reduce the overall cost of the battery. Musk aims to make electric vehicles affordable for all consumers and bring the price on the same plane as gasoline-powered vehicles. 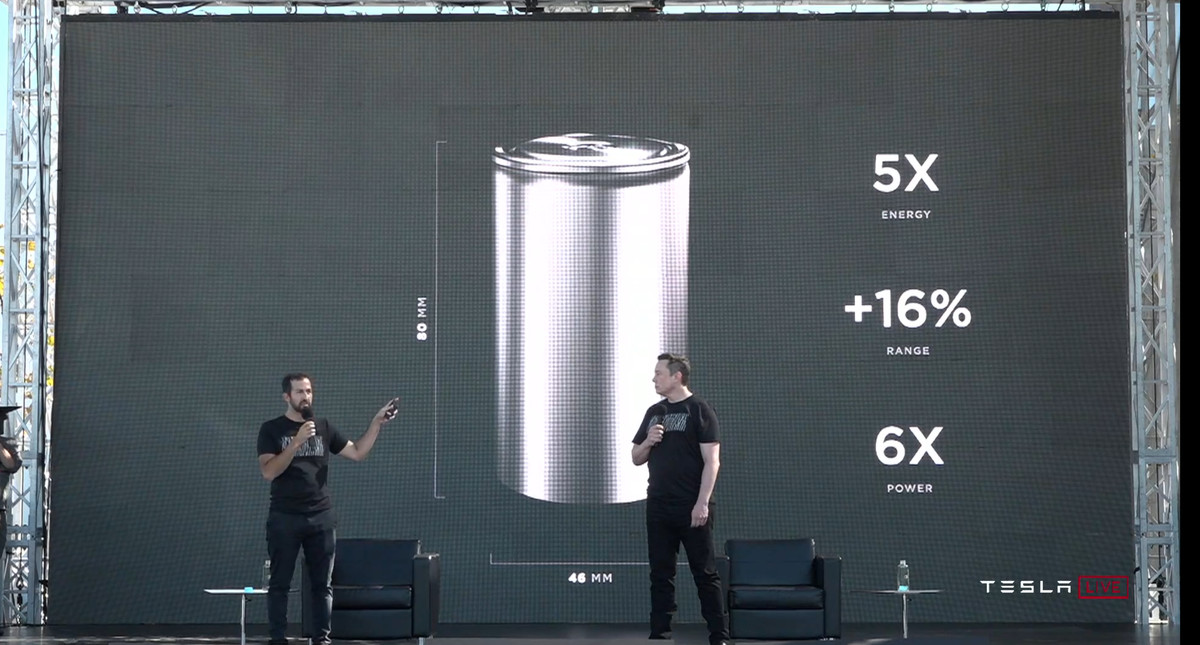 Kilowatt-hour is a unit of energy used to measure the electric vehicle’s battery capacity. This new ‘Tabless’ battery by Tesla will cut the cost per kilowatt-hour which will directly lower the cost of the car, making it more affordable and accessible to the masses.

The billionaire-CEO revealed on the stage of ‘Battery Day’ event that they had achieved a path-breaking method to get rid of the tab in the batteries. A tab is an essential component of the battery which is used as a connection bridge between the cell and what it is powering. This new battery has an amazing thermal performance benefit and is being called as 4860 cells, named after its dimensions- as revealed by Musk.

Tesla achieved a major breakthrough with this new form-factor and it results in an overall five times increased energy capacity, increased range for electric vehicles by 16%, six times more powerful and an overall cost saver for the company.

Not to mention the 14% reduction in the cost per Kilowatt-hour at the form-factor level only. Such innovation is hard to crack. Although the structure of the cell looks extremely simple in design, Musk stressed the hard work and effort that his team has put into the design.

Musk tweeted that Tesla would continue to purchase 2170 cells from their source, Panasonic. The batteries are originally produced in their Gigafactory facility in Nevada. The CEO confirmed that although they have a better battery in hand and will start its production soon, the company will not discontinue buying batteries from Panasonic, CATL, LG Chem. etc. They will rather purchase more than usual considering the long-term goals of the company.