Cryptocurrency mining has become so common that people are even trying to do the same with their electric vehicles. And the Tesla owner, Siraj Raval, is one of them who claims to be mining around $800 in ETH every month using his car. As we all know, the main recurring cost in mining is electricity, and that is the case here as well. All he needed was to do the setup in the car, which includes GPUs and a PC. Reportedly, this also results in a much cheaper electricity cost but risks the vehicle warranty.

How to do it yourself?

In case you have a Tesla and are wondering to do the same thing to make $800 every month, then here’s how you can do it. Do note that the $800 was the profit margin when ETH was at its peak, so you can adjust the same based on current prices. The idea in setting up this mining rig in one’s car is to use the batteries inside it to power the rig. For the same, you will need an inverter that will convert and adjust the power to make it compatible with the mining rig. 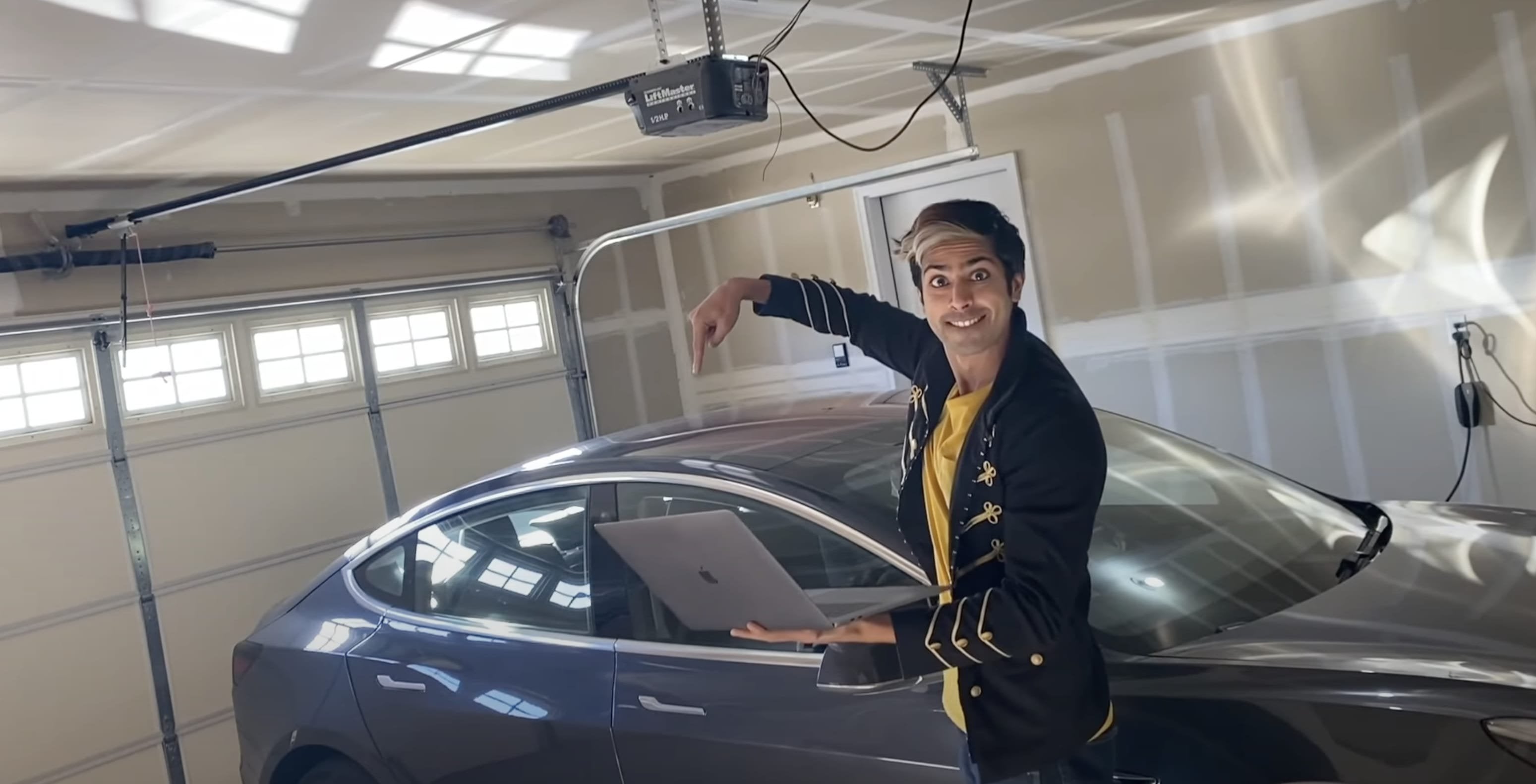 Chris Allessi, who is Wisconsin’s first-ever electric car dealer, said that he did the same by using the browser in the car screen to mine Monero. But according to Raval, the best way though is to hack the car’s screen and plug the GPUs directly in the car motor.

Two sides of the story

Siraj says that by mining around 20 hours a day using his car, he is able to generate anywhere between $400 to $800 a day; Allessi says otherwise. Even though Allessi doesn’t have to pay for supercharging because his car is from 2017, whatever he makes is not much. On the other hand, Raval makes use of certain ways to make sure that he is profitable. First, he buys used GPUs from eBay to save the cost, and then whatever he mines, he stakes it for additional profitability. But there are many critiques who are saying that the numbers Siraj is quoting are not possible because of the current difficulty level.

So, whether you should do it or not depends on what extend you would like to go. But I believe that it is safe to say that setting up a mining rig at home is an overall better choice. What are your thoughts on the same? Let us know in the comments below. Also, if you found our content informative, do like and share it with your friends.