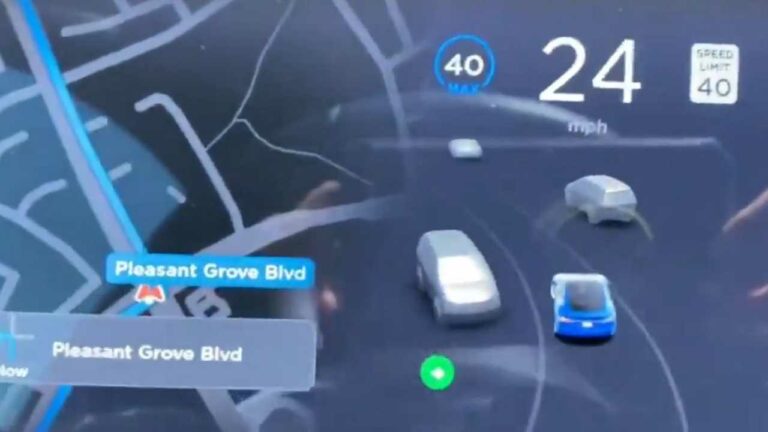 As the recent update of Tesla Full Self Driving software Version 9 comes out, users are sharing their experience on Twitter. To which, Elon Musk replies to one of them, saying that it will soon capture signals and hazards. Also added that call will listen to sirens and alarms.

As the Tesla FSD version 9 update came out, a Tesla owner @EliBurton_ shared his excitement on Tesla Vision’s excellent performance. In the video shared, we can see that the tail lights of the Tesla go red when the car ahead of Tesla stops. To which Elon Musk replied that soon, it will be able to identify signals, hazards, and sirens. This means the car will be listening.

As seen in the above tweet, the view is from the “mind of the car” view, where the driver can notice how the car visualizes the road. Later, Elon Musk added that FSD technology will be able to listen for sirens and alarms. Which would enhance the self-driving technology capabilities beyond anticipated. Because most autonomous driving technologies rely on LiDAR vision, which is a costlier and complex option compared to Tesla’s Pure vision.

It wasn’t long ago that Tesla was criticized for using pure vision, camera-based self-driving technology. Before Tesla released its pure vision update, some users claimed that they do not feel safe that Tesla is relying only on cameras. Eventually, when the talk about Dojo, the AI computer came out, more interesting updates were expected to come. And now, Tesla owners share their unexpected experiences with the new update.

The version 9 update showed incredible performance. Recently when @WholeMarsBlog tested the FSD update on Lombard street, there was no intervention. According to the owner, this is the first time that that car went without any intervention when he tested it middle of the night with super slow speed.

Tried this on a super low speed in the middle of the night, but this is the first time i’ve seen FSD Beta 9 go down Lombard Street without intervention! @elonmusk pic.twitter.com/Y4xtHBfCqQ

Lombard Street is known as one of the crooked streets, and autonomous technology is usually tested, to see its potential. Clearly, Tesla’s FSD version 9 handles the street drive much better than the previous updates. It is said that, as the driver went with limited speed, the drive was smooth. However, it was impressive advancement with the software as Tesla has different approaches compared to its competitors.

Without the ability to listen, Tesla’s FSD is remarkable. It is much safer and robust than the earlier versions. With every update, the technology keeps getting better and one day is expected to reach fully autonomous. Where cars wouldn’t need steering or pedals.