Tezos: Everything you need to know 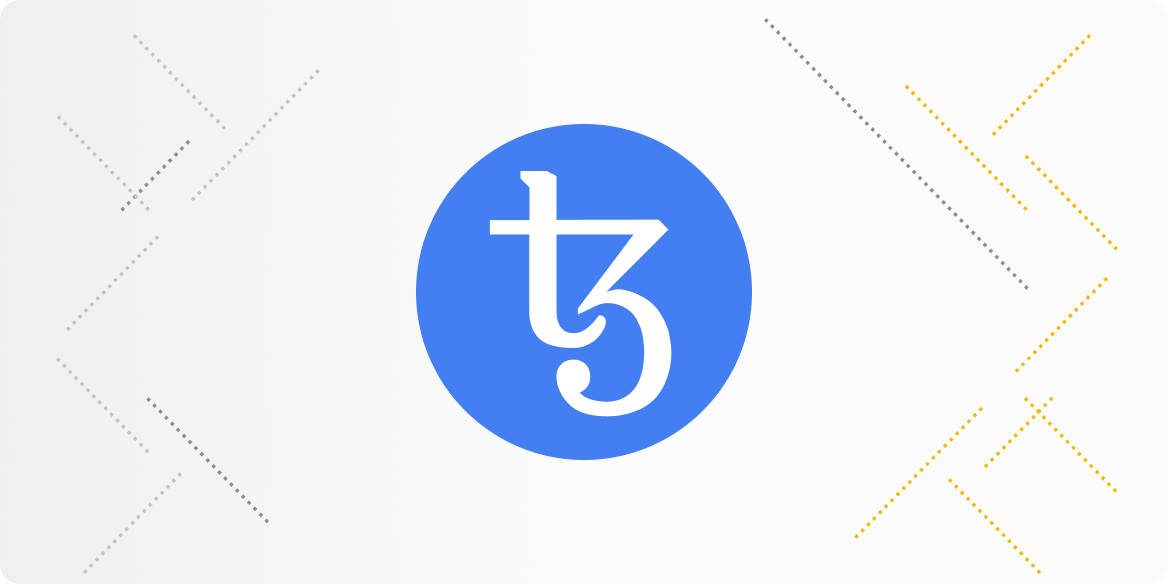 Over the past couple of years, the crypto world has managed to dominate the global payment system and has been more than successful in luring in potential investors from all across the globe. Not just that, since the industry has been performing astonishingly well, it has had a surge in its overall growth and popularity recently and that too at a rate that was never really anticipated, thus helping it to reach greater heights! 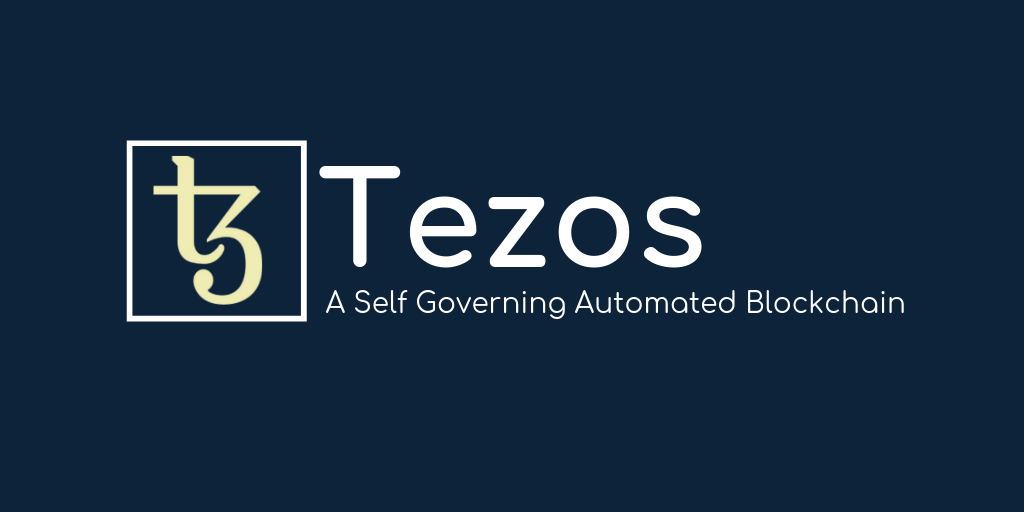 Speaking of a lot of currencies available today in the marketplace, some of the most popular ones worth investing in includes Cardano, Bitcoin, Polkadot, Binance Coin, PancakeSwap, Dogecoin, EverGrow Coin, Ethereum as well as Baby Doge to name just a few of course.

In addition to this, some of the major contributing factors for this extraordinary success of the industry include its portability, high-profit margins, volatility, negligible response time, convince it offers, intuitive nature as well as ease of use of course.

Now that you have a brief backstory about the crypto world, you will be able to have a much better understanding of what we have with us today, Tezos. To know more, I suggest you read further!

Everything to know about Tezos (XTZ) 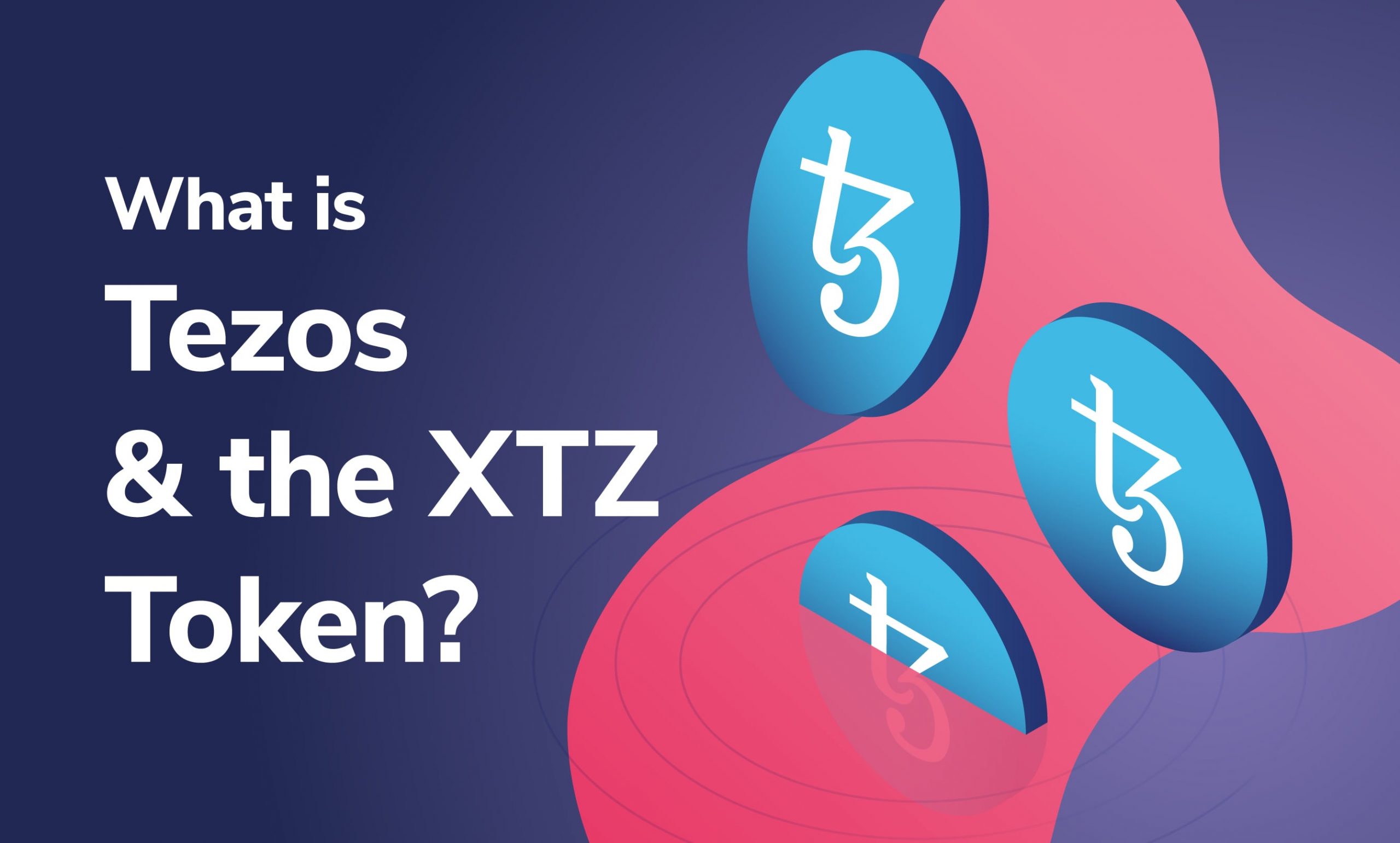 Tezos or as commonly referred to as XTZ is nothing but a blockchain network that is said to be based on smart contracts and that too in a way that’s not too dissimilar to what we see in Ethereum. However, there is a huge difference as, Tezos focuses on offering an infrastructure that is said to be more advanced, which means, it can easily evolve and improve over a period of time without there ever being any sort of danger of a hard fork.

As a matter of fact, this is something that two of the most popular cryptocurrencies of all time have also suffered, Bitcoin as well as Ethereum, ever since they were created. In other words, Tezos is a decentralized cryptocurrency computing platform and is a blockchain network that is linked to a virtual token, known as ‘tezzie’ or ‘tez’.

Not just that, Tezos is known to not be based on the mining of tez but instead, token holders on the platform are eligible of being rewarded for taking part in its proof-of-stake consensus mechanism, which we’ll come to in a bit.

Before moving any further, it is worth noting that, Arthur Breitman was the man known to write the Tezos white paper, and in a nod to Satoshi Nakamoto, supposed founder of Bitcoin, he wrote his work under the pen name L.M. Goodman.

Also, XTZ is said to be the native utility token of the Tezos platform, which as a matter of fact, can be used for a variety of purposes on the platform itself like being used to vote on proposals for protocol upgrades that have already been put forward by Tezos developers.

Furthermore, this open-source platform is known to bill itself as an upgradable, secure as well as built to the last platform and says that its smart contract language is capable of providing the accuracy that is required for high-value use cases as well. 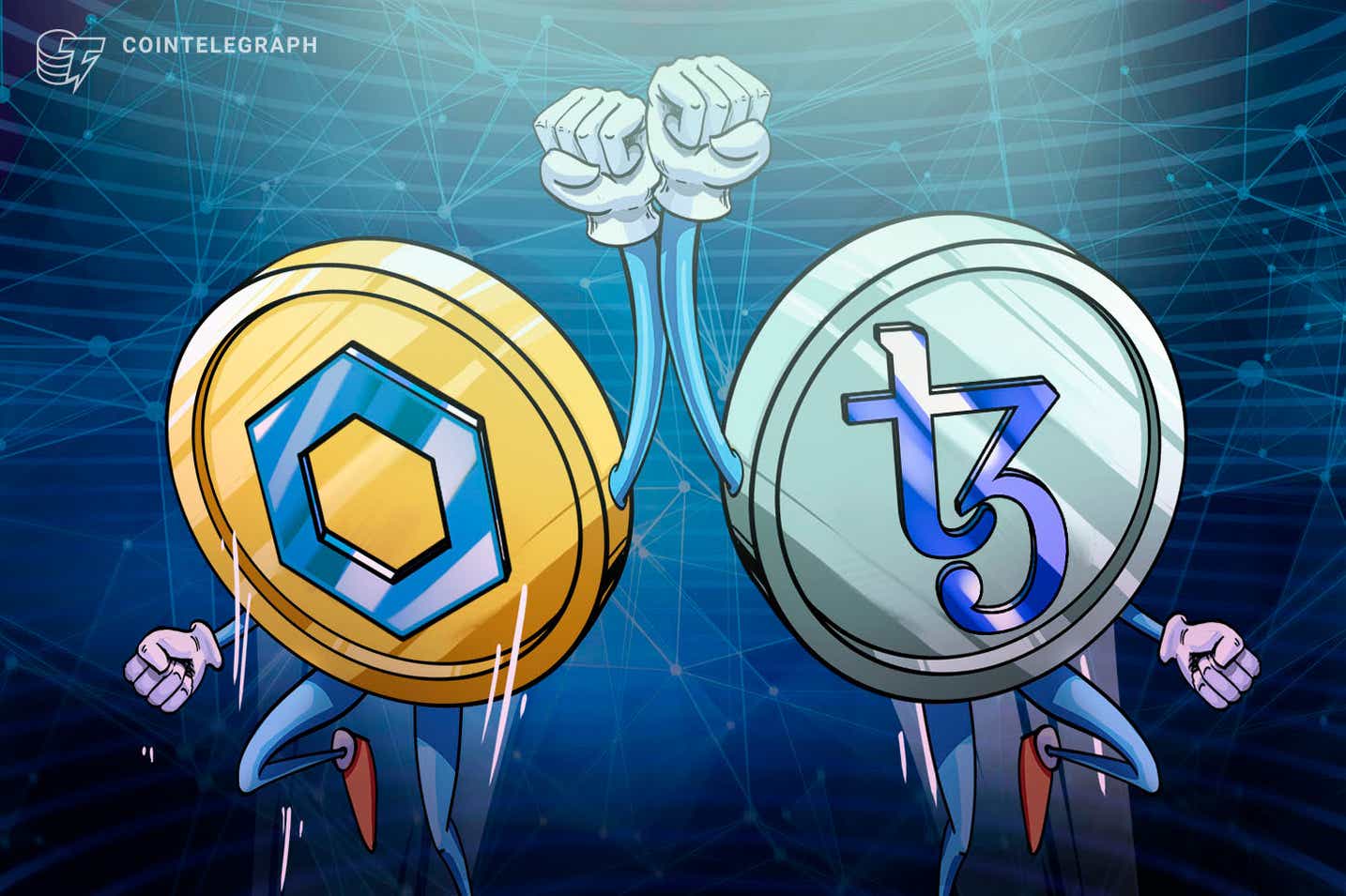 As mentioned, some of the main features of the platform include its proof of stake consensus, the ability to let stakeholders vote on changes to the protocol as well as formal verifications, which helps developers in verifying the correctness of their code.

In addition to this, the Tezos block creation process is known as ‘baking’ and Tezos holders can easily stake their tokens and receive Tezos tokens as a reward for verifying and creating blocks. Apart from this, After a promising start and an extremely successful initial coin offering (ICO), Tezos was known to have been troubled by legal issues as well as numerous delays.

However, the platform survived the cryptocurrency bear market, all thanks to its unique proof of stake consensus mechanism. Moreover, between October 2019 as well as February 2020, the price of the nearly tripled and reached record highs, while Tezos still continues to attract the attention of potential investors as of 2022 and remains in the top 40 cryptocurrencies.

According to the Tezos official website, its approach means that it is completely futureproofed and is likely to remain ‘state of the art’ long into the future as well, which means that, it is more than capable of embracing any development in blockchain technology.

Not just that, the technology used to underpin Tezos was first proposed in a white paper released about seven years ago, back in September 2014, and after a series of delays as mentioned previously, the Tezos mainnet was launched four years later. 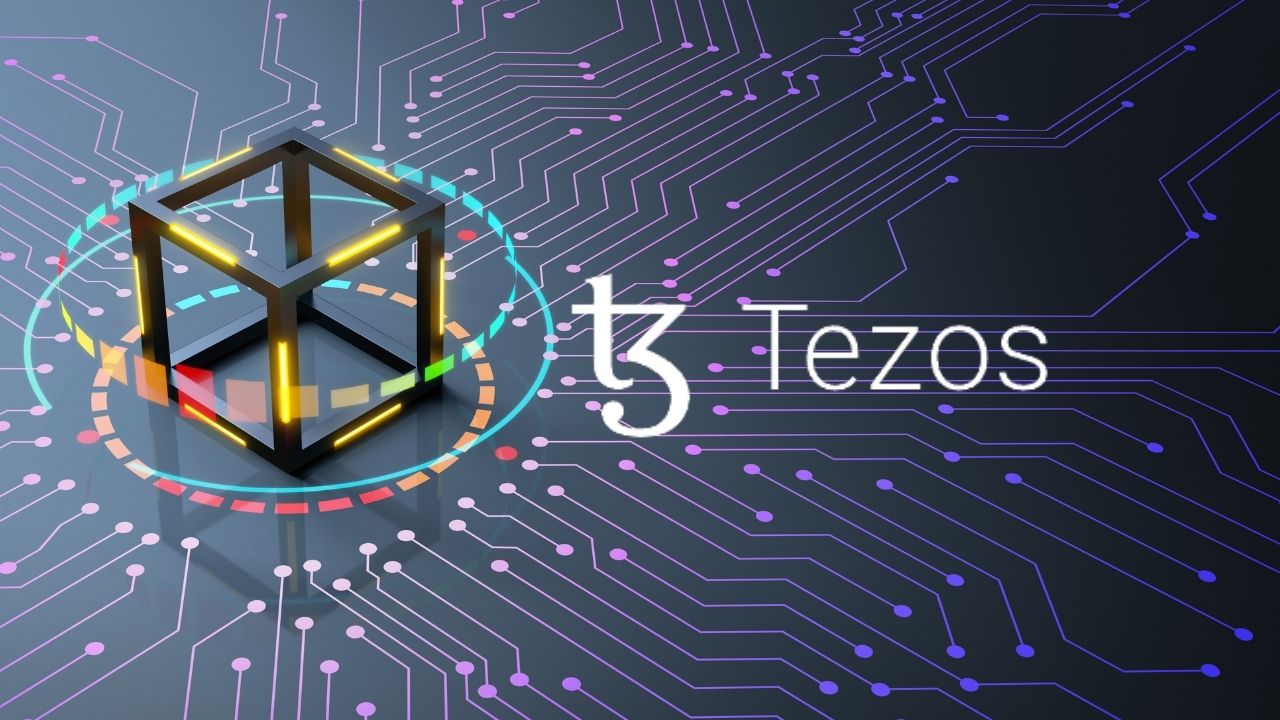 Despite staking being common across blockchains, Tezos is known to have a unique twist on this process, where participants can get involved with the network’s overall governance via baking, where they can easily stake about 8000 XTZ, thus creating a financial incentive to act honestly.

After this, bakers on the platform are tasked with voting on proposed changes to the blockchain’s code in a four-step procedure that is said to take nearly 23 days or so. However, proposals that are known to receive support through several participants are put through their paces on a test net for about 48 hours and are fully implemented if they are backed by a supermajority.

Speaking of Tezos being unique, it is mainly because of how it has started to be used by various high-profile global businesses. As of September 2020, it was announced that French baking giant Societe Generale has planned to make use of this blockchain to imply experimenting with a central bank virtual currency.

Not just that, Tezos staking has also managed to receive support from several large cryptocurrency exchanges in the marketplace including Coinbase and Binance, which means that, users on the platform can receive rewards based on the XTZ that they hold, which honestly is not a feature that is commonly seen across virtual assets.

Now that we have talked much about Tezos, some of you must be wondering, whether or not it is a good idea to invest in the platform? If that’s the case, then let’s find out, shall we? 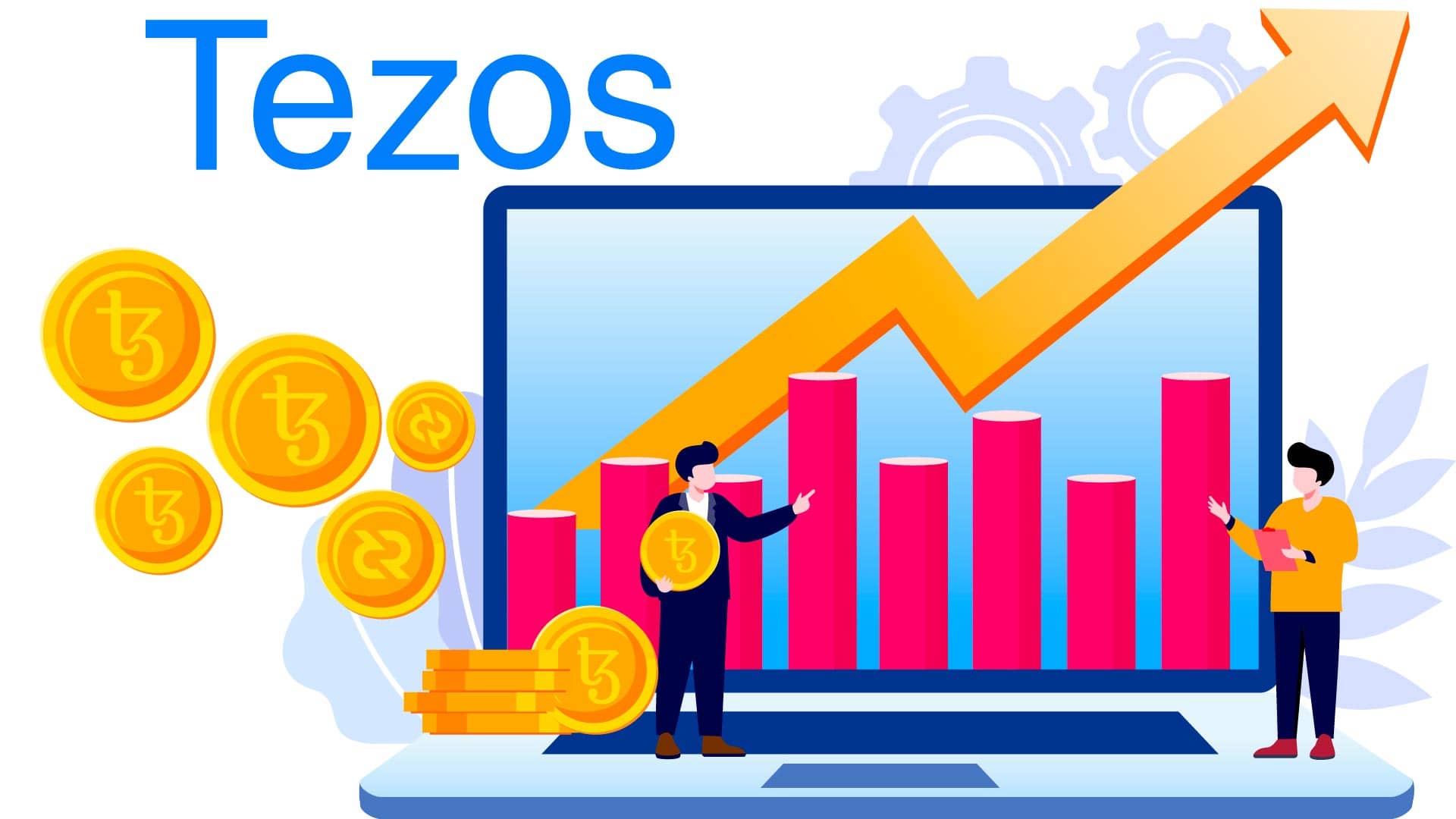 As of today, the price of Tezos is about 3.78 US dollars with a twenty-four-hour trading volume of 205,014,873 dollars. Not just that, in just the past twenty-four hours, the value of Tezos has gone up by 6.40 percent, and with the current market cap of 3,308,695,245 US dollars, XTZ is currently placed at #39 position as per the CoinMarketCap rankings.

Also, it is worth mentioning that, the current circulating supply of Tezos is 876,472,582 XTZ coins, but unfortunately the maximum lifetime supply of the token is not yet available. In just the past week alone, the price of the platform has risen by 26.98 percent.

Reading so far, you must have gotten a fair understanding of the platform and by now, you should be able to figure out on your own whether or not investing in Tezos is the right thing for you to do. Seeing what it has to offer when combined with its performance in the recent past as well as its plans for the near future, I certainly believe that Tezos can prove to be a profitable investment in the near future, which is likely to provide you with higher returns and it is a possibility that your current investment may increase in value. But again, nothing can be said for sure! 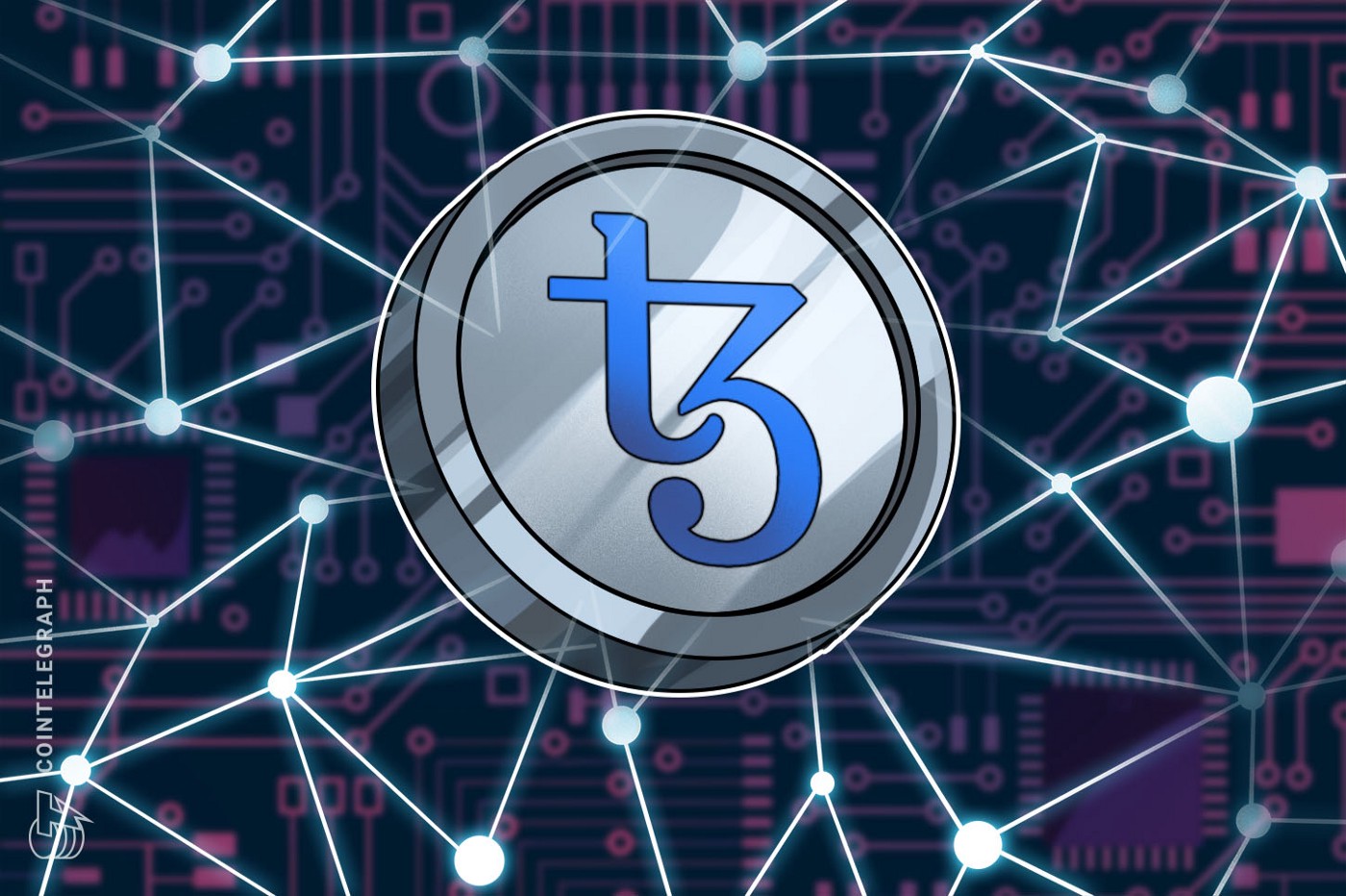 If still not convinced, see it this way that, if say you buy Tezos worth a hundred dollars today, you will receive nearly 26.563 XTZ. According to the analysis done by experts on the field, after five years of your investment, the return is expected to be about +222.74 percent and thus, your current hundred-dollar investment will be nearly 322.74 US dollars in 2027.

As mentioned at the very beginning, crypto is a highly volatile marketplace and is extremely uncertain. Thus, It is very important for you to understand the fact that just like any other currency in the crypto marketplace, Tezos does have its own risks as well and you should invest only if you are willing to take those risks and bear any and all losses if at all necessary.

If you are wondering, where can you buy Tezos? Let me help you with that. Currently, Tezos is available on all major crypto exchanges but, some of the popular exchanges that have XTZ listed on them include FTX, Binance, OKX, BitCoke as well as Bitget to name a few.

In conclusion, what are your thoughts on Tezos? Do let us know in the comments area below. To know more about various cryptocurrencies, do check out other articles we have on our website. Thank you for your time & if you found our content informative, do share it with your investor friends!