The Best video player for your Mac in 2021- Elmedia Player 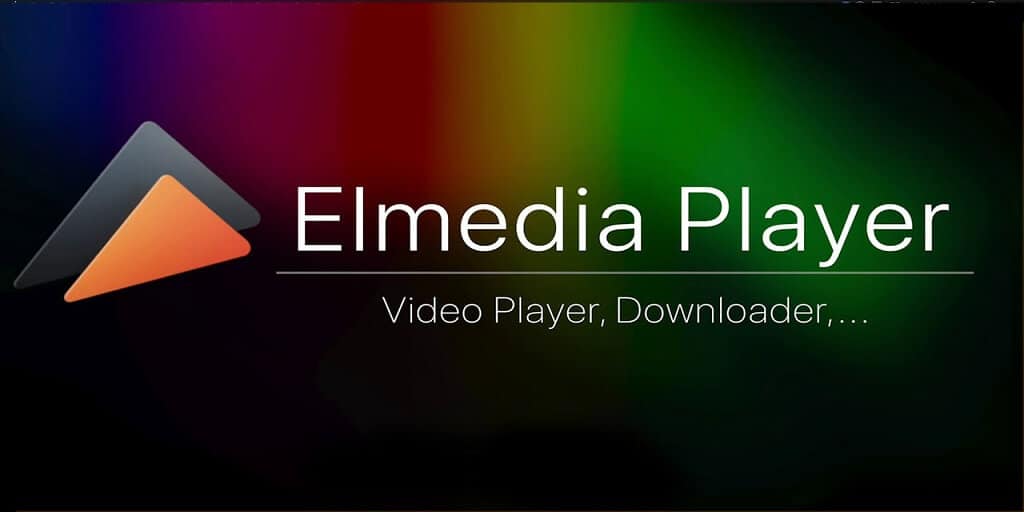 Everyone loves to use a MacBook or an iMac device instead of Windows, simply because of the seamless user experience and enhanced productivity that Apple’s ecosystem provides. If you are looking for a video player to run on your Mac that matches the system aesthetics and provides the same seamless experience as MacOS Big Sur, we recommend Eltima Publishing’s Elmedia.

The primary consideration that users must keep in mind while selecting a video player is its CPU load and how smoothly it may work on the device. The key factor is the size of the video player and Elmedia checks this box with its lightweight program that will run as smoothly as possible, even better than the native Apple QuickTime Player, supporting a much wider video format range.

Elmedia Player is a free multifunctional video player for Mac with a full set of premium features. Users can watch videos, listen to audio files, and stream them via Chromecast, AirPlay, Roku, and DLNA protocols without the need for any third-party software requirement. Elmedia Player is the best video player for Mac in 2021 and it also runs smoothly with MacOS Big Sur. 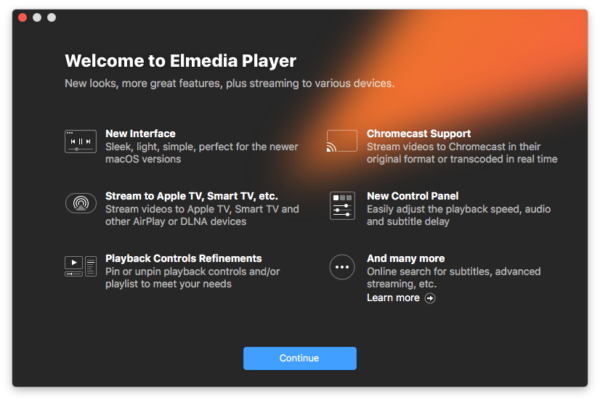 Elmedia Player offers complete control over your files. You don’t have to open every single file, simply drag and drop your files into the app windows and it will add them to your active playlist. Make things easy with Elmedia Player, the best video player for Mac.

With Elmedia Player installed on your Mac, you get full control over your video playback. You can regulate your playback settings even while it’s still playing. Users can also apply visual effects, add subtitles, bookmark, search frame by frame, and much more using Elmedia Player for Mac.

Are you a streamer? Do you like streaming videos and movies on your TV screen? If this is the case, Elmedia Player has got you covered. The best Mac Video Player allows you to cast your local content directly from a Mac to your Apple TV, Smart TV, Roku, and other supported devices that run on DLNA protocols, Chromecast and AirPlay. 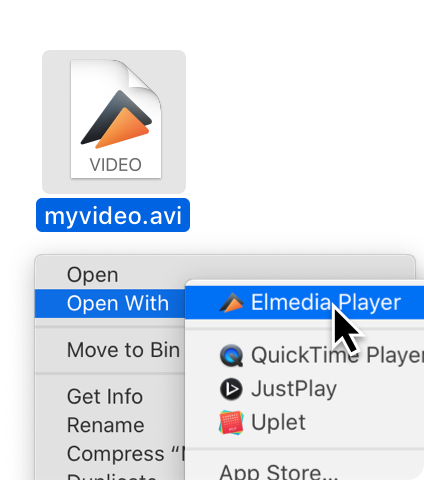 Subtitles are important, especially when you are watching foreign content and it is better to have accurate subtitles that are placed just perfectly to not interrupt a user’s playback experience.

Elmedia Player lets you change how your subtitles look. You can stack them up to be downloaded simultaneously or manually as per your preference. The video player also syncs inaccurate subtitles with other tracks by adjusting their delay time.

Elmedia Player allows users to play SWF files and change the quality and privacy settings similar to how you would in the Flash Projector or any plugin.

Make the most out of your Touch Bar on MacBook Pro models. Use it to control your playback settings- Play, Pause, scroll back and forward, see elapsed time, and customize it to your preferences.

Personalize and enhance your video viewing experience with Elmedia Player’s video tuner. You can adjust your brightness, contrast, gamma, saturation, and other viewing parameters with this in-built tool.

If you like taking screenshots, do it more and do it often with Elmedia Player.

Play your video or audio as many times as you like with the A-B loop. This feature comes in handy when you have a single file to play on repeat.

Elmedia Player automatically adjusts misaligned audio and fixes it while the video is still playing. Is there an easier way to do so?

Get rid of blurring, flickering, jaggies, and any other video-related defects by going to Deinterlace box in Elmedia Player preferences.

Have to reply to an urgent mail in the middle of a movie? No problem. Elmedia Player supports Picture-in-Picture to swiftly minimize your window into a mini player.

5. Elmedia Player for Mac: No Ads in Videos:

Advertisements ruin the user experience and Elmedia Player does not want that. The best video player for Mac- Elmedia Player improves YouTube videos watching experience by tenfold. No more annoying yourself over multiple 30 seconds ads every time you wish to watch a video.

Simply use the “Open Online Video” option to open the video directly into Elmedia Player and get rid of all the ads. Elmedia Player is the best available video player for Mac and features like this prove it.

There are hundreds of video players specially designed for Mac but only a few can reach the top ten and only one is awarded the Best Mac video player.

Elmedia Player is at our top spot for the overall best free video player for Mac. It offers premium features and focuses on improving a user’s watching experience.

JustPlay is another versatile video player for Mac, offers a compact size with powerful features and capabilities.

VLC Player is the best video player available for Mac and Windows without a price tag.

5KPlayer is the simplest video player available in the market with Mac-friendly features.

IINA is the best video player for Mac in terms of the user interface. 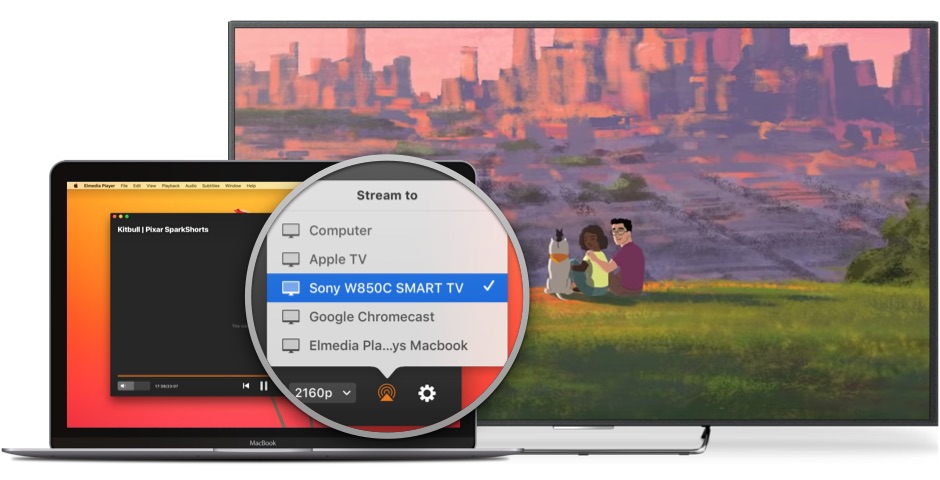 After considering the top five video players for Mac out of several others in the market, the title for the best video player for Mac goes to Elmedia Player because of its combined Pros and Cons. The player is lightweight compared to other video players in the market, so less CPU load means no lags. If you have a MacBook Air or MacBook Pro, Elmedia Player would work best for you because of its seamless integration with macOS Big Sur.

We recommend Elmedia Player among all the above-mentioned video players for Mac, considering its overall feature package, MacOS support, and user experience.