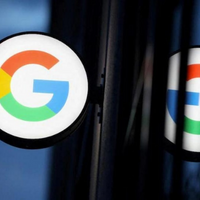 Google’s decision to fire 10,000 “poor performing” workers is based on a major lie!

Alphabet/Google is finally getting serious about its future planning after one of its top private investors published a scathing open letter to CEO Sundar Pichai. There is pressure to safeguard the one thing that counts most to giant corporations: shareholder profits, given the looming recession and worries about slowing growth. It’s time to streamline processes, eliminate waste, find efficiencies, and cut staff. In other words, it’s time to fire thousands of workers. The best of capitalism.

It’s yet another victim of the shrinking trend in significant IT and evidence that even titans may crumble. But, unfortunately, they are also decreasing rapidly.

One of the world’s most prosperous businesses, which has routinely been rated as the best place to work (although that will undoubtedly change next year), must make some difficult choices. At least 10,000 people are fired: Who goes? Who remains? Most crucially, how do you make a choice? Who makes the decisions? All of the above, what does Google do then?

People dislike unfairness. They are predisposed to fight back against any injustice, real or imagined. The absence of impartiality in large-scale layoffs is, to put it mildly, disturbing. Despite how awful the process is, the firm wants it to be as fair as it can be and for the result to be justified. The firm states that they hate the idea of layoff thousands of individuals being let go at random and without cause just because the higher-ups need the numbers to add up for cost-cutting.

Google executives state that a rating scheme will be required

The lowest performers should be fired if thousands of employees must be laid off. Theoretically, you’d require a rating scheme. Therefore, that is what Google executives claim they will do.

According to reports, company-wide performance reviews are currently being implemented. The Google leadership is looking to the reviews so that they can rely on ostensibly hard evidence to uphold justice, remove bias, prevent favoritism, and have something to point to when needed to justify their choice, which resulted in the layoff of 10,000 employees.

However, this Harvard professor claims that it is all a fraud. Many experts contend that new corporate strategies are major bets that failed following the pandemic. Additionally, austerity measures implemented during the crisis are to blame for the layoffs in significant IT. The public is upset by this (as well as the staff at these businesses), as it makes the judgment seem less fair and objective.