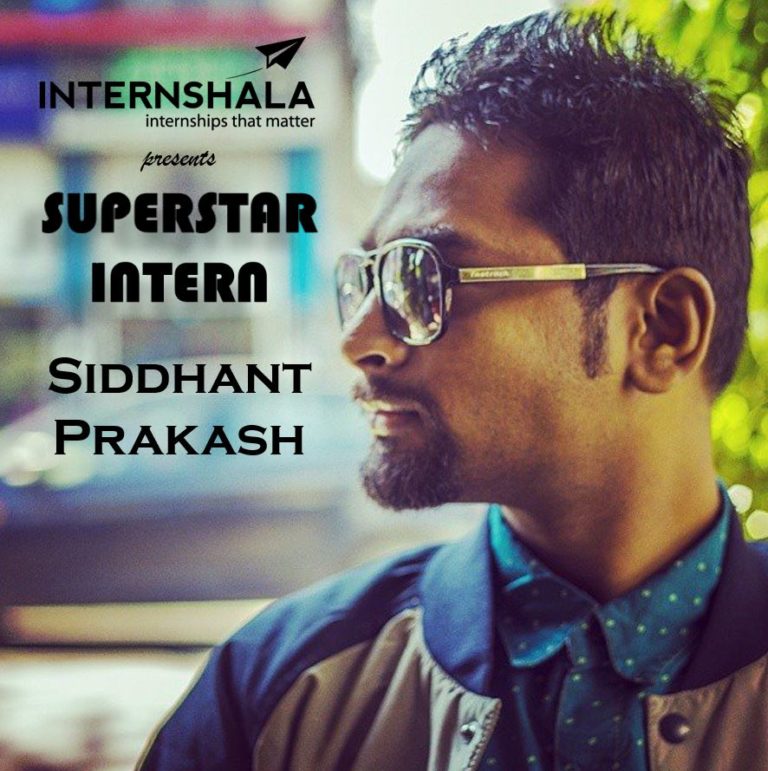 From Being A Football Fan To Creating The Largest Football Community In India – Story of Siddhant Prakash of The Football Mind ! 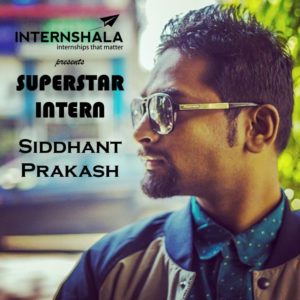 Interns – the reason why many startups have succeeded and survived in India today. Interns bring a lot of passion to learn, deliver, grow, and allow every startup to remain extremely agile and cost effective. As a tribute to the contribution of interns to startup ecosystem, Techstory along with Internshala is bringing to you a series focused on Superstar Interns – stories of interns who have played a significant role in the success of the companies.  Today, we present the story of Siddhant Prakash, the superstar intern at The Football Mind

Being a die-hard football fan, Siddhant feels lucky to have joined The Football Mind a month after its inception. Being part of the organisation has been an adventure where he not only got the opportunity to learn about the football culture in India, but also how to augment it.

“The best part about working at The Football Mind is that we all make a very coordinated team just like a football squad. Apart from that, the kind of encouragement I got from my seniors and the opportunities I got early on helped me gain exposure to the football scene in India. The more I interacted with players and coaches the more I became a part of the football universe in India !” exclaims Siddhant.

Pranesh Krishnamurthy, CEO of The Football Mind, who has been with Siddhant for almost 2 years now says it was Siddhant’s passion for football and the smile with which he learns and takes up any new challenge that is bounced upon him made him a perfect score. Speaking about Siddhant’s role in shaping up the company, Pranesh says “Siddhant, was one of our first interns hired. He worked as an intern while studying and in his 3 months, he helped boost our social media and fan engagement by not only precise execution of our strategies but also contributing to the thought process. His readiness to learn and execute new tasks without hesitation was perfect for our startup!

As he has been here from the start, he is aware of and understands our vision, and what we are creating for the long term. Not only has he been effective in creating a strong social media platform but at times has also bravely taken on field assignments and done a great job at them. He has helped in network building and now also guides the other interns. His willingness to do whatever it takes, creative thinking and passion for the startup makes him a perfect recipe for success!”

The Football Mind has been having a very pro-intern strategy for hiring. Their interns are usually given the freedom to choose their domain of work broadly. This is mainly because interns have college, studies, to balance out and hence are flexible with time, duration and contribution level. Due to this, most of the work is to the liking of the interns as they themselves choose what they want to do.

This therefore creates a great platform for The Football Mind to get new ideas, creative thoughts and unique solutions to various situations, thus creating a very competitive work culture for the company. Their hiring process is very refined and the company looks to hire only self-driven individuals. 80% of the interns they have hired till now have delivered a good job.

“We look for young and enthusiastic individuals to contribute with creativity and ideas. We have had a mixed experience, with some turning out really good and some not living up to expectations. Our main aim at The Football Mind is not only to get people to work and do the job at hand but also learn and develop their own skills in the process.

The main difference with interns and experienced hires is that interns are more energetic, up front and really strive to make an impact in a short period. This is great to keep the energy levels high in office, but over time they learn to be more practical with their ideas. This is where our experienced hires are more calm and practical about their approach” adds Pranesh.

In a playing field like The Football Mind, challenges come day in day out. Siddhant, being the PR and Media executive, not only dribbles the Public Relations activities, but also charges forward with the complete social media for Protégé Sports Network and their clients as well. “I have some experience in sports photography as well and that helps me cover important tournaments both at local and National level. It’s fun as I get to do variety of tasks. Together, with immense knowledge of the game, it was the right mix of what I wanted to offer to the football mind and further improve my skills.

The biggest challenge for me was when I was given the chance to cover an International Tournament in Calicut. I was all alone there and had to make my way through all the hurdles. But on the plus side, I got the chance to chat with international coaches and players who I used to play with on FIFA on my PC. It was great to interact with them and to know how different the culture of football is abroad.” adds Siddhant.

When Siddhant first joined as an intern, he could only prove his skills in design and content. But as he evolved and joined full time, he got the hang of the social media universe as well. Each and every day has been a learning curve where his fellow colleagues and interns have been a teacher to him in some form or the other. Down the line, Siddhant wants to see The Football Mind helping all footballing institutions to come together under one roof and go international in a few months “The initiative itself has a lot of potential and acceptance. We already are on our way to making it the biggest football community in India and then move on globally. The Football Mind should become the catalyst of success for Clubs in India and help them in their fan engagement through different tools that we provide on our portal.”

Being a big fan of the game, he takes no extra time in stating Cristiano Ronaldo as his role model (and that’s a goal !).