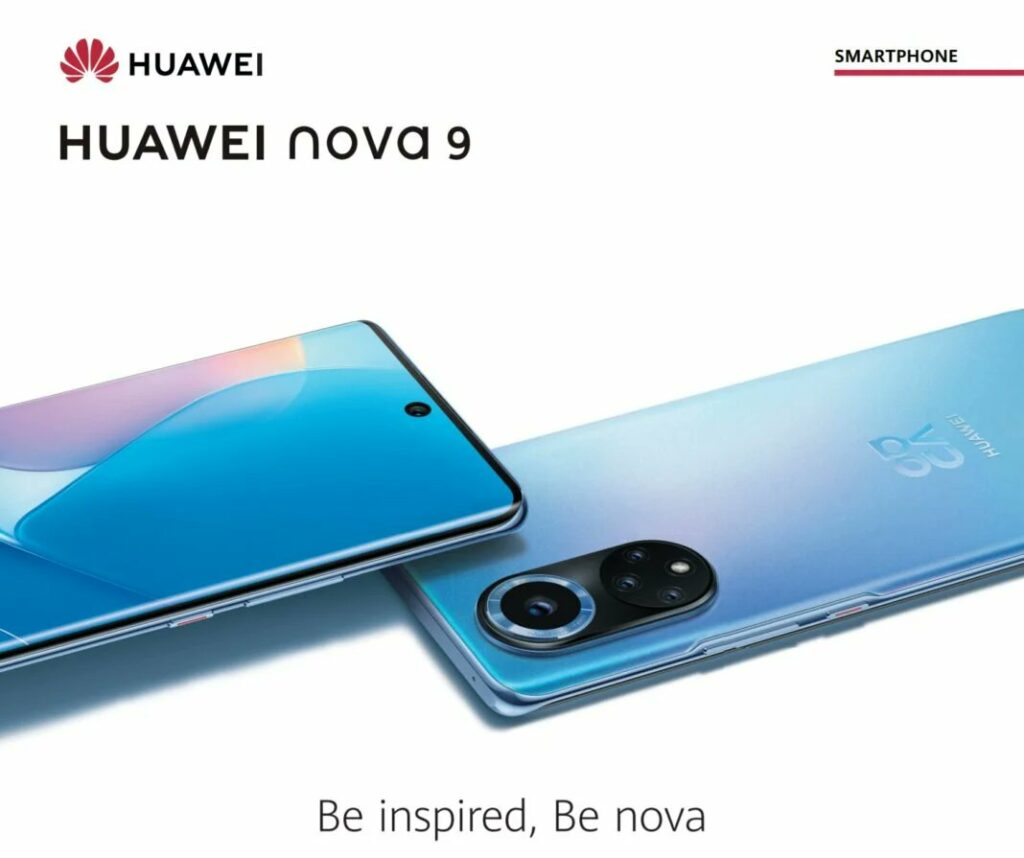 The Nova 9 is the latest addition to Huawei’s mid-range ‘Nova’ smartphone portfolio. The gadget was first unveiled in China last month and is now available in European countries. The gadget is a successor to the Nova 8, and it features a Snapdragon 778G CPU and a 120Hz display. The company’s latest mid-tier device features normal 4G network connection rather than 5G network compatibility seen in other recent mid-tier handsets.

The Huawei Nova 9 is powered by an octa-core Snapdragon 778G CPU. This Qualcomm SoC is designed for gaming and supports a 4G network. The tablet will be available with up to 8GB of RAM and 128GB of storage. The smartphone has Vapor Chamber liquid cooling technology and graphene layers, which assist to keep temperatures under control throughout extended gaming or usage.

EMUI 12 is the firmware that has been pre-installed on this device. The Huawei Nova 9 features a 6.57-inch display. It has an OLED display with a 1080p FHD+ resolution and a P3 colour gamut. The display also boasts a refresh rate of 120Hz and curved edges. A centrally located punch-hole houses a 32MP camera for selfies and video calls.

The rear panel of the Honor 9 houses four camera sensors. The main camera consists of a 50MP Ultra Vision lens, an 8MP ultra-wide-angle sensor, and two 2MP sensors for depth and macro photography. AI image stabilisation and 4K video recording are standard features on the cameras. The ability to switch between the front and back cameras while video recording is one of the camera’s important features.

The Huawei 9 comes with typical connectivity features like as a USB Type-C connector, 4G, Wi-Fi, and Bluetooth. The gadget is powered by a 4,300 mAh battery. The phone has 66W SuperCharge rapid charging technology.

The Huawei 9 has been introduced for the European market, with prices beginning at €499, which equates to about Rs. 37,000 in Indian currency. The smartphone is already available for pre-order in Europe in black and Starry Blue. If and when it does arrive in India, the smartphone may be priced cheaper. The availability in the Indian market remains questionable for the time being.