Tiktok is a video-sharing social networking service aimed at entertainment, owned by the Chinese company ByteDance. It was globally launched into the markets in 2017 and has been a huge hit among its users ever since. The social platform is used to make a variety of dance, comedy, or educationally oriented videos. Tiktok was ranked as the third fastest-growing brand of 2020, after Zoom and Peacock.

However, by the middle of the year, luck seemed to run out for Tiktok with it being banned in the US, India, and Pakistan. The app along with 223 other Chinese apps, was banned by the government of India in June 2020 in response to its border clash with China.

Pakistan also banned TikTok on 9 October 2020 saying that several of its content was ‘immoral’ and ‘indecent’. The ban was later lifted on October 19, 2020. It was again blocked in March 2021 when a court in the northwestern city of Peshawar ordered the Pakistan Telecommunication Authority (PTA) to block the app over videos that were deemed to be against the conservative country’s ethical and moral values. The china based app had been downloaded more than thirty-nine million times in Pakistan. 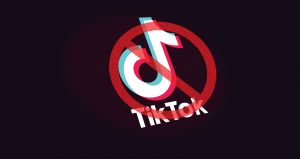 On March 11 the court had banned the usage of Tiktok in the country based on a statement alleging it had obscene content. Obscene content according to the government’s point of view includes nudity and blasphemy. The head of the Pakistan Telecommunication Authority (PTA) in a hearing on Thursday in Peshawar, told the court that it was in talks with TikTok and the company ByteDance had agreed to appoint a focal person to ensure better moderation in its contents. During the hearing, Peshawar High Court Chief Justice Qaiser Rashid Khan also said that people would stop uploading such videos when they are informed that the Pakistan Telecommunication Authority (PTA) would take action against them if they do so.

Several users of Tiktok in Pakistan have been awaiting the lift of the ban. It was noted that Tiktok was not just a form of entertainment but also a platform to publicize and advertise several products pulling a revenue stream into the app where popular content creators could take hold of a share of this revenue stream. The hearing will be continued on May 25, 2021, and further details regarding the lift of the ban and censure of contents are expected to be discussed then. Even though the future of Tiktok in Pakistan is still uncertain, the court’s upcoming decisions are expected to be favorable to the social networking giant.