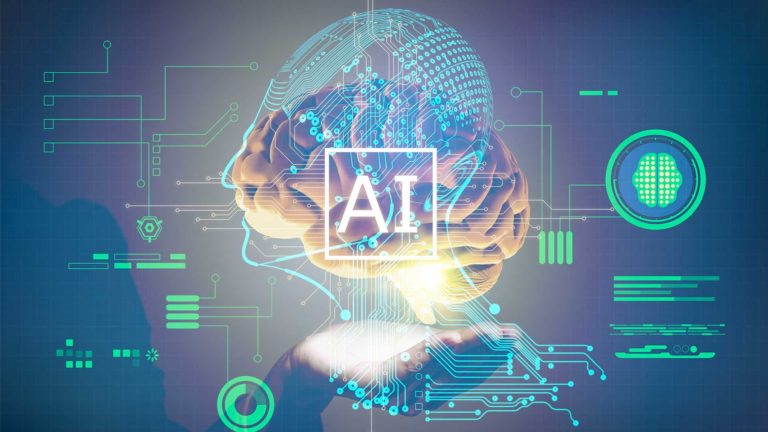 Everyday, we listen about a new technology or innovation happening somewhere around the world. Most of these include ‘AI’ or Artificial Intelligence. This term sounds like a big deal, right?

But, it’s not that complicated. Let’s try and understand Artificial Intelligence briefly with a series of 2 articles. This one will talk about the evolution and origin of AI while the next one will be about the future of AI.

As we grow, we get smarter. In order to keep up with the pace and the constant growth, even our computers need to get ‘smarter’. This is exactly the reason why Artificial Intelligence was created. The purpose of AI is to make computers ‘think’, ‘learn’, and get smarter, so that they can utilize those lessons and solve problems like humans or maybe, better than us.

♦ Types and Uses of Artificial Intelligence:

As of now, algorithm-based, neutral-network-based machine learning, and deep learning are the 3 major types of AIs.

Even though the roots of AI go as back as to the 1950s, its development started just a decade ago. Yet, the progress has been tremendous.

More and more AIs are now being used in industries. Given their accurate working capacity and speed, the introduction of AI has increased the production rates of industries, helping them to reach new heights.

Social media usage has also grown exponentially since the last decade. Since it is a virtual escape for people, the creators think of ways through which their users can be happier.

For example, have you noticed that most of the time, you like the ads that you see or that your social media wall shows you exactly what you like? Coincidence?

Nope, it’s algorithm! The ads are controlled by Google’s recommendation engine which shows you things based on your choices.

An AI that depends on neural networks, which are complex computer systems modeled after the human brain, is called Machine learning. It analyzes the statistics and the probable ways in which neural networks behave, just the way nerves and neurons work and understands and process data in the human brain.

Due to this in-depth understanding, such AIs “learn” independently. Hence, even the creators have a hard time understanding and predicting their AIs, which is why even tech giants like Microsoft had a hard time dealing with Tay.

It uses a similar mechanism of machine learning but the way it is used has made all the difference. Deep Leaning works independently as well as together to arrange data, where each layer interprets different data and solves different problems before merging them into a whole.

, Deep learning is also called deep structured learning or hierarchical learning.  It’s functioning is based on the Learning Data representations which are a broader part of the Machine Learning.

The information processing and communication pattern of the Deep learning mechanism is roughly based on that of the biological nervous system. But, the structural function is what makes it different from our brain.

When an Artificial Intelligence Bot took ‘think and act’ human too seriously:

Readers, meet Tay (name based on “Think about you”), an AI Twitter bot created by Microsoft in 2016. It was designed to interact with people and then learn, observe, and mimick them and hence, get smarter with time.

But, what Microsoft didn’t realize was that most of the Twitterati are usually up to no good. They started messing up with the innocent Tay who only wanted to learn from them. It’s not that they didn’t teach her. They did actually. They taught her a lot, but mostly the wrong things with their racist, sexist, and hateful tweets.

The poor Tay, being true to its nature and following the exact commands, started learning exactly what they taught her and began attacking similar abusive tweets back at them.

Thus, the innocent Tay was no more innocent due to which Microsoft had to face a lot of embarrassment and put extra efforts to delete those abusive tweets.

As the trend goes, even a small mistake can make your meme. Although Tay was not really at fault, she became a good topic for gossip and trolls.

That concludes the 1st article on Artificial Intelligence. The next one will deal with the future of the tech and with questions like, Are we ready to handle the power of AI?

Are we responsible enough?