TuSimple made its NASDAQ debut, valued at USD 8.5 billion 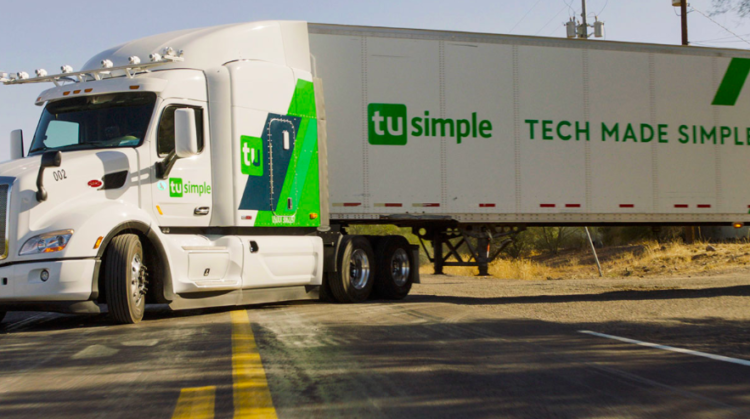 TuSimple is a San Diego-based self-driving truck company that develops technology that allows them to drive trucks from one depot point to another without human intervention in an autonomous manner.

Recently, the start-up made its debut on NASDAQ – National Association of Securities Dealers Automated Quotations and was valued at a whopping USD 8.5 billion. The shares of TuSimple Holdings Inc. opened up at USD 40.25, as reported by Reuters and this value was only .25 less than its Initial Public Offer price of USD 40 per share.

Founded back in the year 2015 by Mo Chen, Xiaodi Hou and Jianan Hao, TuSimple Holdings Inc. are capable of developing technology that allows autonomous self-driving trucks to travel from depot-A to depot-B without human efforts. According to the company profile on Crunchbase, their technology is a commercial-ready Level 4 (SAE), fully automated self-driving logistics solution. The company aims towards decreasing transportation costs in the future, reduce overall carbon emissions and increase safety during transportations.

Coming back to the United States stock market debut, TuSimple has reportedly sold over 27 million shares in its Initial Public Offering that got the company over 1.1 million proceeds.

The market and global investors are heavily investing in autonomous self-driving vehicles and believe that they are the future f transportation. The technology will cater to be the next big thing in the overall transportation industry and so, high stakes are on a bet with every investment made in one of these start-ups. Google’s Waymo and Xpeng Inc. from China are two active competitors of TuSimple that are coming up with advanced autonomous technologies for the industry.

TuSimple Inc. is registered on NASDAQ under the ticker name “TSP” and as mentioned above, opened its stock at USD 40 in its Initial Public Offering that went live on the 15th of April.

According to the company profile on Crunchbase, the start-up is backed by over 22 investors with U.S. Express Enterprises and GoodYear Ventures being the most recent investors of TuSimple.

Tu Simple has reportedly raised an undisclosed sum of money in Corporate round and Venture Round led by U.S. Express Enterprises and GoodYear Ventures, respectively.

Other existing investors of the company include TRATON SE, United Parcel Service Inc., VectoIQ LLC and Navistar among many others.

As a summary of TuSimple’s stock market activity,

The company raised USD 1.4 billion in its Initial Public Offering at a post-money valuation of USD 8.5 billion. The company opened their share on the U.S, stock market at USD 40 on April 15th 2021.