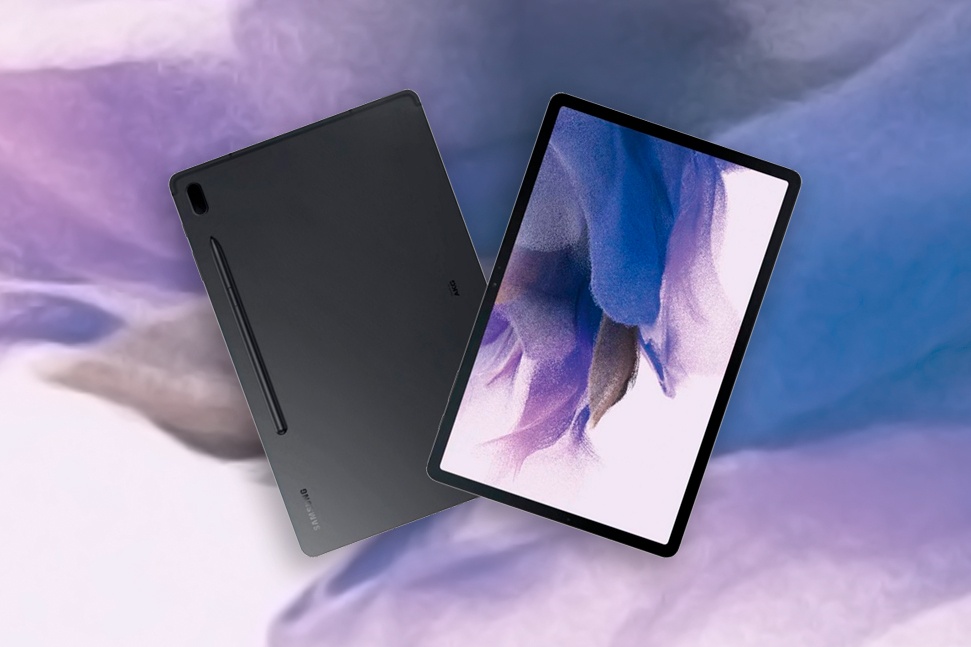 To contend with Apple’s successful iPad Pro series, Samsung released the Galaxy Tab S7 and Tab S7+, as well as the Galaxy Note 20 series, last year. In the coming days, the Korean behemoth plans to refresh its portfolio with the launch of a new Tab S7 Lite 5G model. Evan Blass, one of the most reliable tipsters, has given the first look at the upcoming Galaxy Tab S7 Lite.

Although the Galaxy Tab S7 Lite isn’t expected to be released until June, a picture of the tablet has already surfaced. The image provides a good view of the device’s architecture while still appearing to confirm a few features.

Evan Blass posted the screenshot, which shows the Galaxy Tab S7 Lite will have a look identical to the Tab S7 from last year. 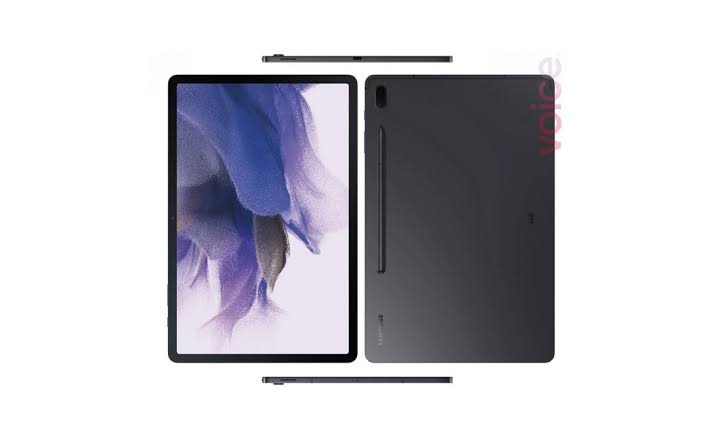 According to reports, the upcoming tablet would have an all-metal frame, rounded corners, smooth sides, and a dual-camera configuration. The camera module can protrude from the body, based on a side view of the tablet.

The Tab S7 Lite is said to have a 12.4-inch monitor and two stereo speakers tuned by AKG on either side, but it’s uncertain if it’ll be a high-refresh-rate LTPO screen. On the back of the case, there is also said to be a magnetic charging zone where users can store and recharge the included stylus. The stylus is a good touch, as it ensures that you can use the product to its maximum capacity right out of the box.

A Snapdragon 750G CPU, 4GB or 6GB RAM, and 128GB storage were previously recorded. The smartphone is also supposed to come with Android 11 and One UI 3.1 pre-installed. 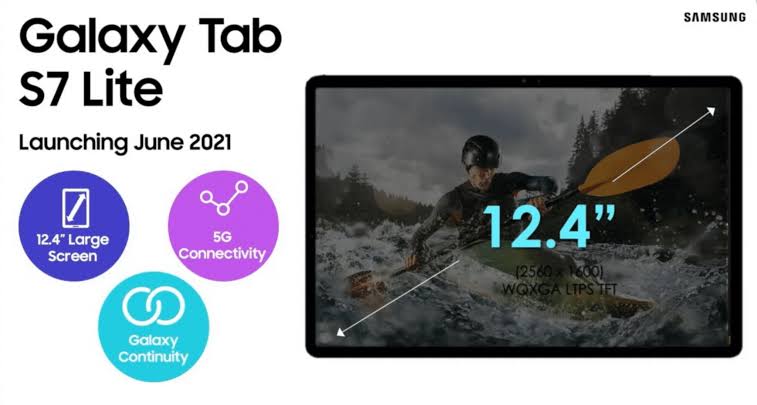 The Tab S7 Lite, like other recent Samsung smartphones, is expected to come with a 5G feature (plus WiFi and LTE variants). Finally, the phone could come with a 7,000mAh battery that supports 15W rapid charging.

At launch, the Tab S7 Lite will be available in four colors: black, green, pink, and silver. Samsung is also expected to release new accessories, such as cases and a detachable keyboard.

The date for Samsung’s next Unpacked case has been set for April 28. The phone, on the other hand, isn’t supposed to be out until the summer. We’ll keep our eyes open in case the device is mentioned again. 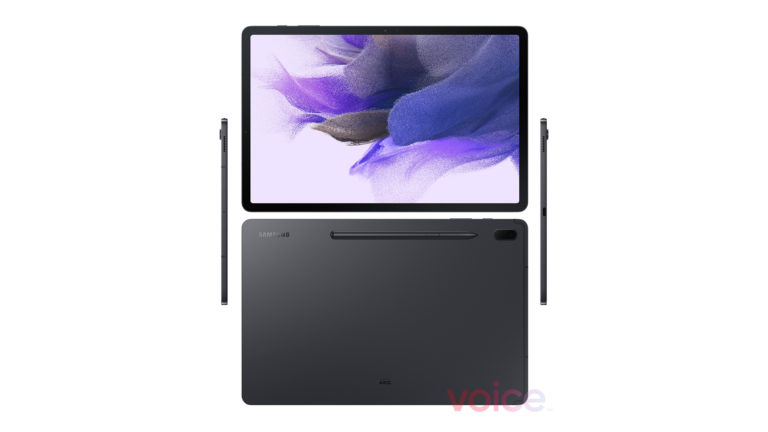 All we know for sure is that the Galaxy Tab S7 Lite and Galaxy Tab A7 Lite will be low-cost models. In the coming days, we hope to hear more about their prices.

According to the product photos, both devices will be available in June 2021.

However, according to sources, Samsung will offer a sneak peek at the upcoming Galaxy tablets at its next Unpacked event on April 28. We will be updating you with more in the future.