Well, 2020 is going to be exciting with this news. Today, Twitter has officially announced that it is going to do major collaboration with the screen sharing giant, Squad! This collaboration is definitely going to pave the way for unique video streaming services on the Internet. The squad is basically a video conferencing cum chat software. This app basically enables users to interact in real-time scenarios through video calls and an inbuilt video chat facility. But the most focusing add in this software is the simplified screen sharing facility. With Squad, other chat participants will be having the liberty to share his/her screen anytime they want.

Wide Usage Of The Software During COVID Pandemic 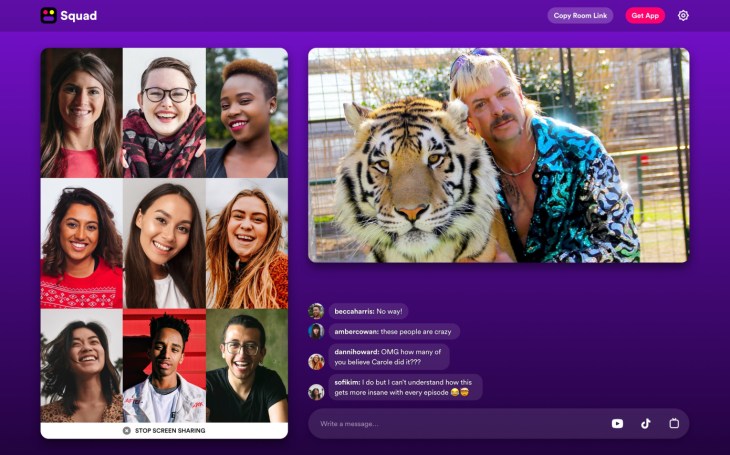 Squad claims that it has got more popularity prior to the COVID-19 pandemic. Its usage has increased to a very considerable rate thus gaining popularity. Using the app for communication for chatting purposes has led to the growth of the Squad. It’s a truly simplified- user-friendly platform, with additional capacity to facilitate extra contexts. The squad also provides and analyses how people make the use of audio and video communications through the Internet. According to reports, when the pandemic struck Squad successfully raised $ 7.2 Million in venture capital in the first round itself.

Twitter was really glad to announce their collaboration with the Squad. Normally it was not possible on Twitter to discuss the trendy and hot tweets coming up each day. So, to make this facility available for the Twitter users the company thought for this collaboration. According to the media reports, it is predicted that Twitter is going to shut down its live-streaming facility once the Squad is going to merge with it.

The eminent Co-Founders of Squad, CEO Esther Crawford, and CTO Ethan Sutin are eagerly waiting for their venture with Twitter. The Squad team has assured Twitter that they would be joining their design, product, and engineering teams and help upskill their work to attract more users to avail of this unique facility. With the help of creative tools, they will be able to urge people to start and join conversations on the service.

The squad has also laid down notice to all its users that their app will shut down on Saturday. Crawford has specifically mentioned that she will be taking a lead in a product in the conversations space. But it’s not confirmed on which product she will be working upon It is the first-ever unique screen-sharing app that anyone would ever copy. The app is going to come up for both mobile and desktops. But till now it has not confirmed yet that the core technologies of Squad are going to come up along with the merge or not.

Twitter has definitely acquired a significant space in the social media platform but unfortunately, it has failed to establish its popularity, unlike Facebook or Instagram. But looking at the brighter side this collaboration might be a turning point for Twitter and would help to establish its popularity over the Internet. Meanwhile, the financial aspect of the acquisition has not been disclosed yet but people are excited about the upcoming version of Twitter.

What are your thoughts on the deal? Let us know in the comments below. Also, if you found our content useful do like it and share it with your friends.