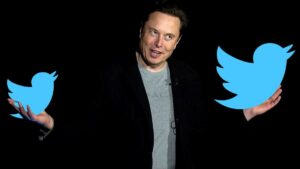 Reports this week specify how social media platform Twitter has hired the US law firm Wachtell, Lipton, Rosen & Katz LLP. Clearly, this is as it gets ready to move against Tesla chief executive Elon Musk. The microblogging sits aims to sue the billionaire CEO, forcing him to fulfil the agreement. On April 25 this year, Musk had made a deal worth $44 billion to acquire Twitter Inc.

On Friday, July 8, Musk went on to terminate this deal with the social media platform. Reportedly, he cited the platform’s failure to provide requested information on spam and bot accounts on the site. Following this, the Chairman of Twitter Inc, Bret Taylor sought a legal fight to address the matter.

According to people familiar with the situation, the social media company is in the process of filing a lawsuit as early as this week itself. Moreover, they stated how in order to go ahead with this plan, Twitter hired the US law firm. Currently, the platform has refused to comment on the matter, with the law firm yet to respond to requests for comments on the situation.

In the year 2018, Wachtell, Lipton, Rosen & Katz was one of the legal advisers for the Tesla CEO’s plan to take the EV company private. At the time, he tweeted that there was even ‘funding secured’ for a deal worth $72 billion to take the electric car maker private. However, he did not move ahead with the offer despite making it official on the social media platform.

This particular instances landed Musk in trouble with US regulators, leading to them asking Musk’s lawyers to have a team monitor his tweets before posting. Both Tesla and its CEO paid $20 million each in form of civil fines. Moreover, Musk had to step down as the company’s chairman for the resolution of claims of him defrauding investors by the US Securities and Exchange Commission. Since then, Musk has accused of the SEC of relentless investigations into him.

Recently, Twitter general counsel asked the employees of the company to refrain from tweeting on Musk. This was after he pulled out of the deal last week citing Twitter’s failure to provide information on fake accounts. Previously, Musk had put the deal on temporary hold over pending details of spam and bot accounts on the platform.