Social media giant Twitter is all set to allow its users to “soft block” annoying followers, as it is rolling out a new feature that will allow all users to remove certain followers without blocking them. 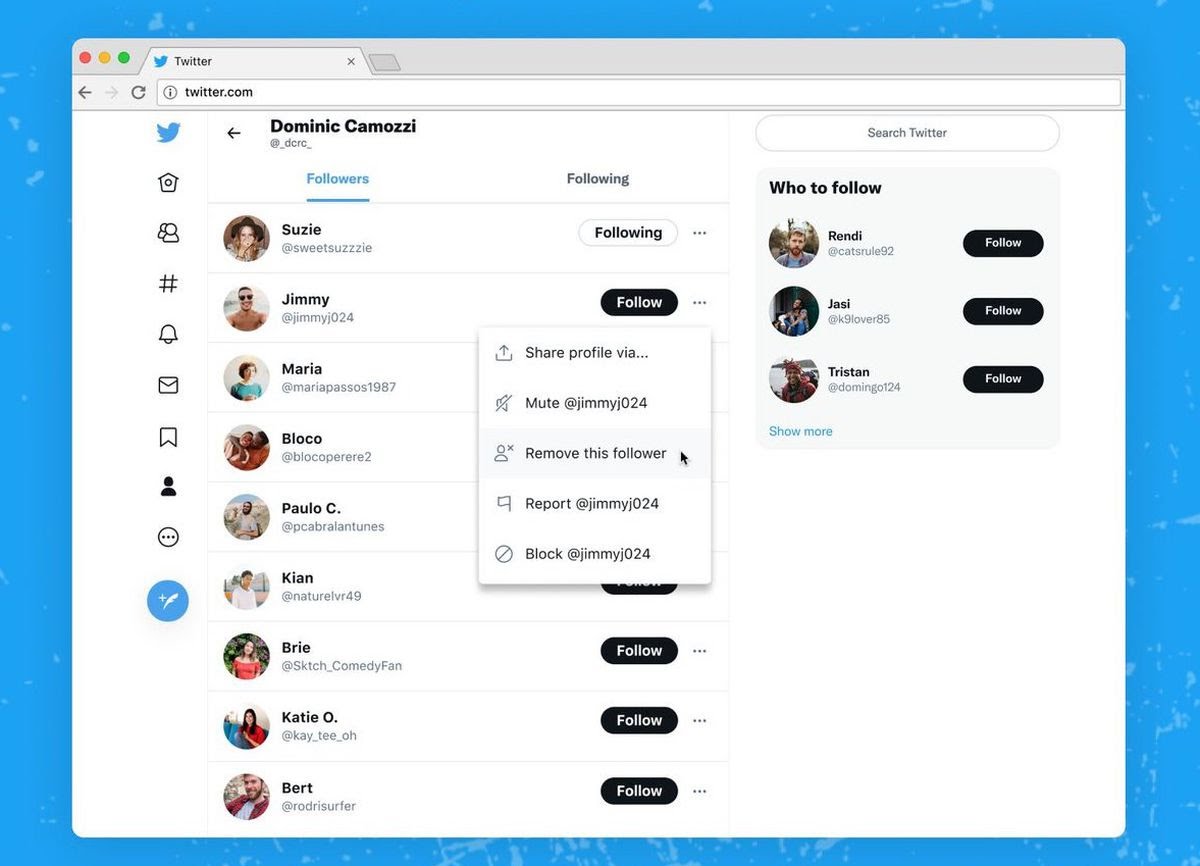 In order to soft block a followers, Twitterati will need to select the Followers option on their profile, and then click on the three dot menu next to the follower they want to use the feature on. A new option, called “Remove this follower” will be seen, and clicking on it will get rid of the follower without the need to block them. Followers removed through this option won’t be notified of the same.

Why the name “soft block,” you might be thinking. This is because the new feature is different from block, since it allows the “soft blocked” user to continue seeing your tweets and even send direct messages to you, but they will no longer be able to see your tweets on their feed. This is because they will essentially be removed from your Followers’ list, but they can easily follow you back if they want.

With that being said, the new tool is easier than the previous method, which needed you to block and unblock users manually. Such a feature is already available on Instagram, which allows users to remove their followers in much the same way as Twitter is now offering.

An Arsenal of New Tools

Soft block is Twitter’s latest offering to provide a greater control to users over their experience on the service, and in order to help prevent any unwanted harassment or abuse. This comes after the company begin testing Safety Mode, a new feature that will let users temporarily autoblock abusive accounts. The mode was launched in beta with a “small feedback group” having accounts on Android, iOS, and Twitter.com.

Setting the feature on in your Settings will make Twitter’s systems assess the possibility of any negative engagement, by taking into consideration a Tweet’s content, as well as the relation between the author and replier. It is not yet known when the feature will be rolled out on a wider scale.

Other similar features that have been rolled out in recent times include the option to limit the number of users who can view your posts, hiding replies, and displaying a warning when Twitter thinks you are posting a potentially harmful Tweet.