Uber’s Cultural Change Recommendations, Why Your Every Startup Must Follow It 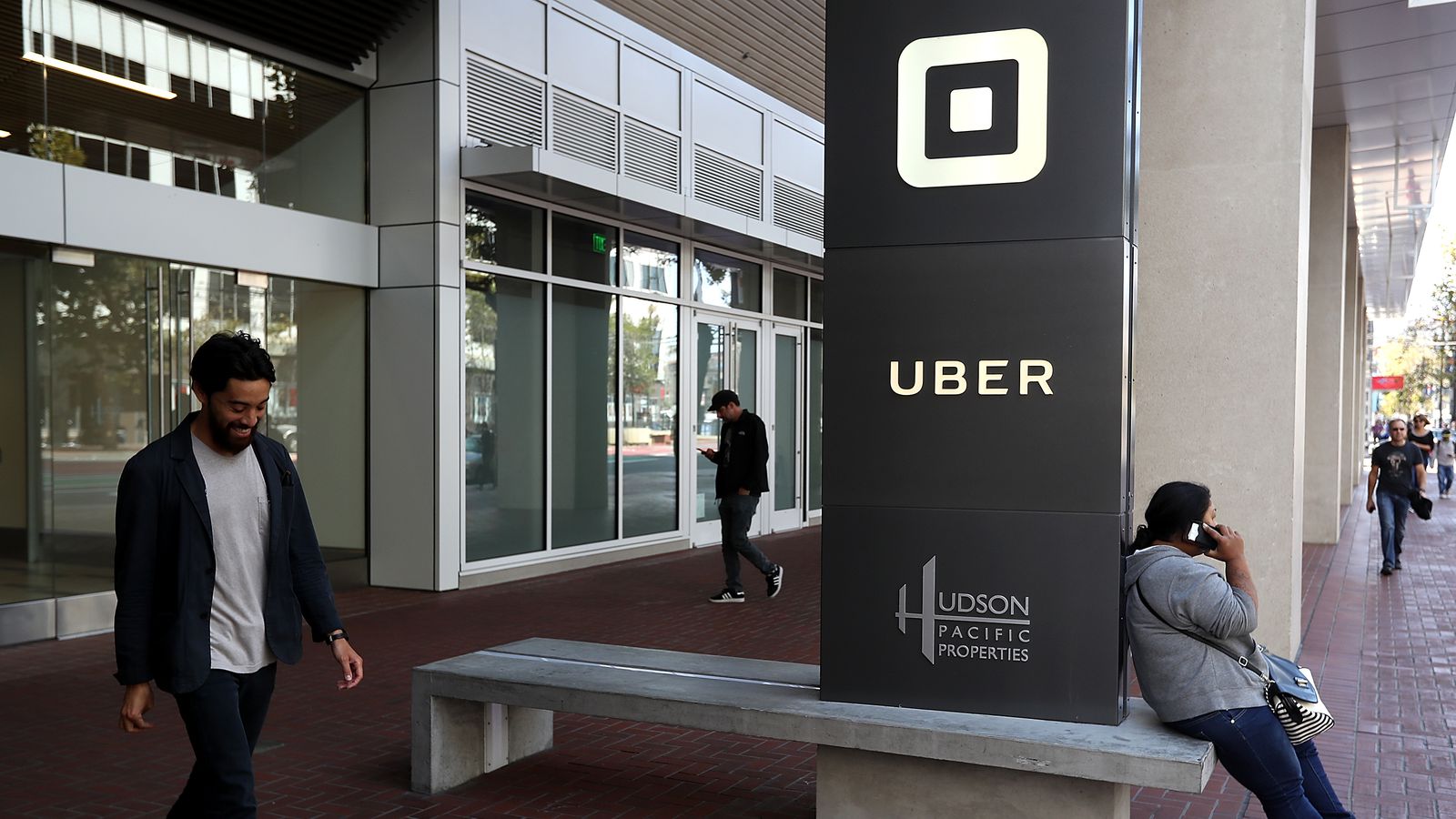 “Uber” the world’s most valuable startup that had been synonymous with the on-demand model has been taking heat both internally and externally in the past year. Until last year, Uber was in the news for all the right reasons, but the same cannot be said right now.

In a detailed report published last March, we had highlighted the multiple blows the company faced since the beginning of the year. Starting from the #DeleteUber moment in the wake of U.S. President Trump’s immigration ban, battle with Waymo’s lawsuits on its self driving technology, secret software to evade U.S. authorities and the internal punch in the form of Susan Fowler’s blog post.

The need for change in company’s culture was publicly known when one of their early investors Mitch and Freada Kapor had mentioned in a open letter to company’s board and investors.

As early investors in Uber, starting in 2010, we have tried for years to work behind the scenes to exert a constructive influence on company culture. When Uber has come under public criticism, we have been available to make suggestions, and have been publicly supportive, in the hope that the leadership would take the necessary steps to make the changes needed to bring about real change.

In one of the press meetings earlier, Arianna Huffington had stated, “Uber must change if it is to be as successful in the next decade as it has been in the last seven years. And second, as I told employees a few weeks back, creating a great culture will be key to their future success. Going forward there can be no room at Uber for brilliant jerks and zero tolerance for anything but totally respectable behavior in an equitable workplace environment.”

During the course of the investigation, the company had fired top executives without any hesitation which was a sign that it was willing to change. After months, Eric Holder had finally released the recommendations for change report today. It can be observed that the recommendations are common to every startup that is trying to building a large tech company. Here are key highlights of the recommendations.

The board had recommended that some of the responsibilities that Kalanick previously held had to be shared for better control and management. It also urged the board to continue its efforts in bringing a new COO with clear distinguished responsibilities to act as a full partner with the CEO, but focus on day-to-day operations, culture, and institutions within Uber. Along with the inclusion of a Chief Diversity and Inclusion Officer who should report directly to the CEO or the COO.

The Board should be restructured to include additional independent Board seats. The additional Board members should be directors with meaningful experience on other boards who can exercise independent oversight of Uber’s management along with an oversight committee.

The Board should also consider incorporating ethical business practices, diversity and inclusion, and other values from Uber’s Business Code of Conduct into its executive compensation program. Experience shows that compensation provides a powerful tool for creating incentives for behavior, and reinforcing a company’s values.

The company should ensure it has appropriate tools, including complaint tracking software, to keep better track of complaints, personnel records, and employee data. For example, if a complaint is substantiated but results in discipline other than termination of employment, relevant stakeholders should be able to easily identify whether prior complaints have been lodged to ensure that appropriate action is taken with respect to repeat offenders.

The company should also reformulate its written cultural values because it is vital that they reflect more inclusive and positive behaviors; adopt values that are more inclusive and contribute to a collaborative environment, including emphasizing teamwork and mutual respect, and incorporating diversity and inclusiveness as a key cultural value, not just as an end in itself, but as a fundamental aspect of doing good business.

Mandatory leadership training for key senior management/senior executive team members and other managers. There are several key components to this coaching: training to exhibit and model inclusive leadership and to combat implicit bias; training to encourage a culture in which everyone gets heard in a manner in which they are comfortable and employees feel safe to propose ideas; training that covers fundamental skills necessary for effective management as a senior leader.

The company should also train HR personnel on the effective handling of complaints, including the proper and thorough investigation of complaints of harassment, discrimination, or retaliation, as well as the appropriate documentation of investigations and record-keeping, and develop policies and processes relating to record-keeping. Along with other personnels who are regularly interviewing new employees and should standardize interview process.

6. Improvements to Human Resources and the Complaint Process

An “owner” of Human Resources-related policies should be identified or hired—an individual responsible for drafting new policies and updating existing policies, through whom all updates to the policies flow, and who also serves as a repository of critical information relating to Uber’s policies and practices.

Leadership needs to further demonstrate its support by following through on recommendations made by Human Resources with respect to employment-related actions and ensuring that Human Resources is properly resourced with financial support and personnel to properly carry out its role.

The company should consider adopting a zero-tolerance policy for substantiated complaints of discrimination and harassment, without regard to whether an employee is a “high performer” or a long-term employee.

To address harassment, discrimination, and retaliation in the workplace, it is imperative that there be an effective complaint process in place for employees to escalate issues. Complaints should also be properly tracked and addressed as efficiently and quickly as possible.

The Head of Diversity (or Chief Diversity and Inclusion Officer) should set goals with respect to annual improvements in diversity and regularly publish data on Uber’s diversity and inclusion numbers to judge how the company is meeting its goals.

This should also include diversity statistics of new recruits each year and goals for improving diversity year-over-year among recruitment of underrepresented populations across the company and in various programs and organizations. The Head of Diversity should also publicize the company’s initiatives, accomplishments, and areas still needing improvement.

The company should engage in blind resume review. Blind resume review eliminates any indicia of gender or ethnic background, including name and personal information, so that the reviewer has access only to the candidate’s substantive skills and experience. Likewise, if possible, Uber should utilize blind review of the exercises required for candidates in technical and engineering positions.

8. Changes in Employee Policies and Practices

The company should update its discrimination and harassment policies to be clear that any conduct that appears to be based on a person’s protected characteristic is prohibited, even if it is not unlawful. Policies should clearly state that employees are protected from harassment not only by other employees, but also non-employees such as vendors, clients, contractors, and other third-parties.

Policies should be applied consistently throughout the organization. No special treatment should be given to any employee, regardless of level, tenure, or past performance. The company should consider adopting a zero tolerance stance for violations of the anti-harassment, anti-discrimination, and anti-retaliation policies no matter the level or performance of the perpetrator.

The company should also make participation in efforts to improve Uber’s workplace culture a metric against which employees are measured, in order to ensure that employees receive recognition and reward when they are making time to contribute to the company’s success in ways that are outside the “core” duties of their position.

The company should consider adopting flexible work arrangements, including a policy of permitting routine and regular remote work in appropriate circumstances, to help attract and retain employees with children and other outside obligations, and to ease the burden of commuting to urban offices, thereby increasing the chance that Uber can draw applicants from a wider geographic area.

Significant consideration should be given to evaluating the reasons that employees are motivated to leave and addressing key drivers of employee turnover. Required exit interviews with neutral third parties (such as Human Resources representatives) should be instituted as one method for evaluating an employee’s decision to leave and identifying trends in employee turnover, particularly among employees the company would prefer to retain.

The company should comprehensively audit and review its practices, including for compliance with state and federal equal pay laws, to ensure compensation is set for legitimate business-related reasons. To ensure that the company truly appreciates the value of equitable pay, members of senior management and the Compensation Committee of the Board of Directors should be tasked with participating in this review, and overseeing and responding to the recommendations of the outside law firm on pay, to ensure a tone of support and a culture of compliance for the work that is being done.

You can read the full report here.

While all the above recommendations look too good on paper, execution is what really matters at this point in time. While Susan Fowler had already shared her views in Twitter,

Ha! Yeah, they’ll never apologize. I’ve gotten nothing but aggressive hostility from them. It’s all optics.

Or in words of Kapor, who once called Uber’s culture toxic, “everyone, from drivers to employees to investors, will be watching to see that the implementation of today’s recommendations are handled professionally. This will mean measuring results, being transparent and course-correcting when needed. One way to enhance the effectiveness of these commitments in a rapidly growing company is to leverage technology tools.”