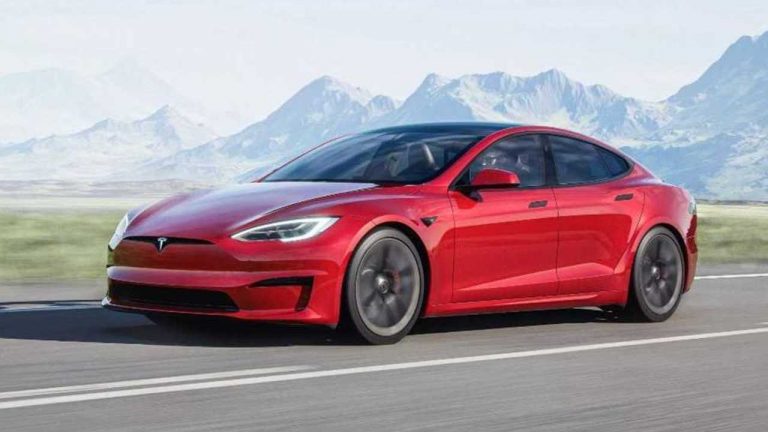 Upcoming Tesla Event: Model S Plaid Delivery Event, June 3rd To be held at Tesla California Factory, the car that can fly a bit is going to have a delivery event soon.

The excitment is all high after Elon Musk tweeted about the delivery event of Tesla Model S Plaid. Recently, came out as the world’s fastest production car.

Tesla has been getting excitement as currently, Tesla next-gen Roadster is being displayed in Peterson Auto Museum. And now, the upcoming delivery event.

Timing of the event

The Model S plaid is world’s fastest production car. Being an electric car, that is a proud moment for Tesla to show-off it’s car. This was a much needed attention for the company, as it’s competitor Ford is gaining the public’s preference as Joe Biden drove the F-150 Lightning.

Though Tesla usually doesn’t compete any other EV makers specifically. This attention was much needed as their April sales in China plunge down because of the recent protest in China against Tesla.

Additionally, Tesla doesn’t specify any details like if the deliveries will start for their customers. It was just stated as below,

Fastest production car ever
0 to 60mph in under 2 secs

As the Model S plaid is known for it’s speed, questions keep dropping in as Elon Musk Tweets about the event. Furthermore, the uniue feature of Model S Plaid, it is known as “a car that can fly a bit”.

This will actually be able to fly very briefly. I always laughed at flying cars & now making one. Fate 🖤 irony haha.

And, an interesting conversation takes place on twitter as Elon talks about air rocket thrusters the Roadster is going to have.

Going back to the critics

In 2018, Elon Musk hinted everyone how Tesla would be having thrusters which don’t combust. But are to expel highly pressurised cold air. Back then, many industry experts pointed out that it might not work, and that it wouldn’t be legal to use them. However, after their long involvement with Tesla Roadster, the thrusters are to be used on Tesla Roadster.

It will have high pressure air rocket thrusters behind a license plate that flips down. Bong, James Bong …

As Elon got carried away with the mention of the speed and rubber tires. He later corrected that the thrusters wouldn’t be for the Model S plaid, but for Roadster. However, he also adds that Plaid model is close enough as a roadworthy car without additional devices.

Oh sorry, yes, Roadster will have thrusters, not Plaid. Plaid is indeed close to the theoretical maximum of a roadworthy car without special devices.

On the contrary, the Model S Plaid received criticism when the interiors were revealed for the first time with a steering yoke. That kind of steering is seen only on racing cars, and it wasn’t considered wise to have it for a Plaid model. Though it was an evolutionary with interiors, it is said that it wouldn’t be convenient for first time drivers with yoke steering.

That kind of steering only needs a little efforts to move the car wheels. While regular car drivers are used to a usual steering wheel which needs extra rotation, such drastic change could be hazardous for the drivers.

Till now, there is no clarity on the steering wheel, however, it is assumed that Tesla worked on the features and managed to make the yoke steering perform like a regular steering wheel.