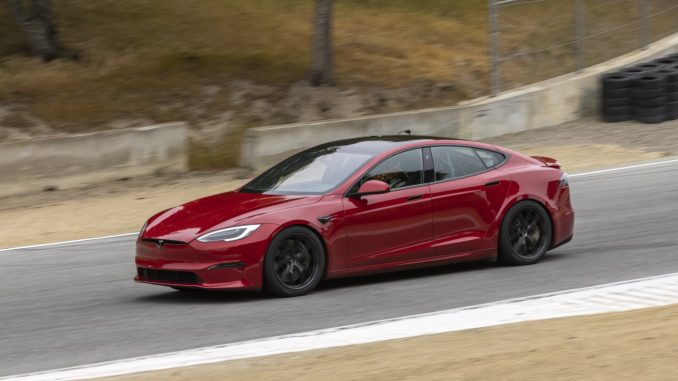 Tesla Model S Plaid is one of a kind which is the first production car to achieve 0-60mph under 2 seconds. Meaning, it can run a quarter-mile in 9.23 seconds.

As reported by Drive Tesla Canada,  the Tesla Model S Plaid has set the record of being the “Fastest Quarter-mile run” of any production vehicle in the world.

Though the original article was deleted, it is said that it is most likely that Tesla Model S Plaid is the fastest. It came with the proof that Elon Musk himself liked multiple posts related to it.

The earlier record of 9.4-second Quarter-mile was broken by Model S Plaid with 9.23 seconds. The earlier record was by Bugatti Chiron Sport, worth $3.3 million. Interestingly the cheaper model, Tesla S Plaid broke the record, 27 times cheaper.

Additionally, the Model S Plaid was seen making laps at Laguna Seca Raceway. Also, the testing in the same tracking set its own record last year.

The testing prototype had an additional feature added.  A massive adjustable rear wing was built into the trunk lid. 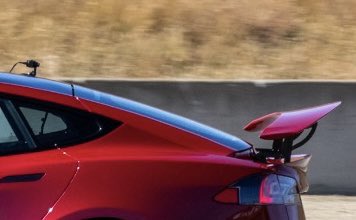 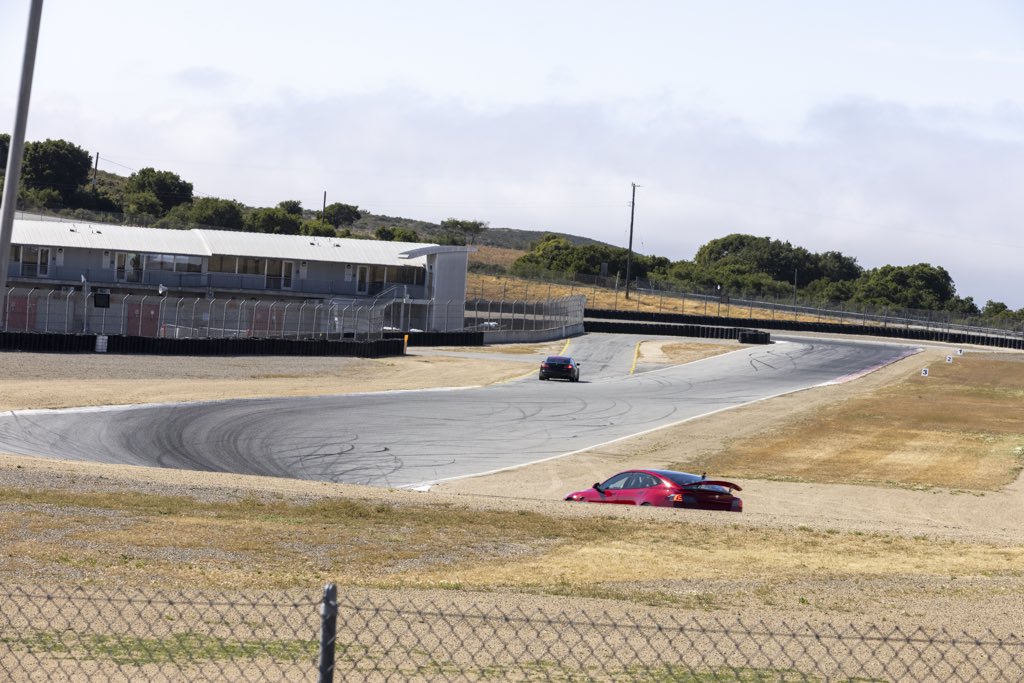 It is still not clear about the details of when the car is to start its production. Before China’s Hainan expo started, there were talks about launching the Tesla Model S Plaid. However, the car wasn’t revealed at the expo. As the added additional feature, it is more likely that they are still Working on improvements. However, it is expected that some models will soon be delivered to some selected customers.

Earlier Elon Musk mentioned that the car could reach 60mph before clearing the intersection. Now that the testing lap race is finished, the car actually broke records.

As listed in Technica, the following is the list of fastest production car EVs

Furthermore, the active spoiler was spotted in operation.  The red electric vehicle caught the attention of many. Active spoilers are the ones that allow a cleaner or less cluttered appearance while traveling at lower speeds.

Some of our favorite pictures from testing today and yesterday at Laguna Seca Raceway #ModelSPlaid pic.twitter.com/DiWVnihCtD

Hiding the spoiler improves the car aerodynamics. It helps speed the car further, as multiple carmakers are working towards reducing the vehicle aerodynamics. Especially with sports electric vehicles, where weight and aerodynamics don’t get along.

Tesla Plaid S has broken records before its production. In the electric vehicle industry, this is a tough breakthrough, being a lower price range car. However, the customization with gold is one way for the car to be costlier.