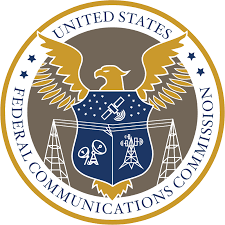 US executive order set to bring net neutrality back

Anticompetitive practices across a number of industries in the US might soon come to an end (or be reduced drastically, at least), as the White House has announced a new executive order set to restore net neutrality, with a special inclusion of a mandate which is poised to bring back the telecom oversight that was done away with during former POTUS Donald Trump’s reign, says a report by Vice.

FCC to Bring Back Net Neutrality

The executive order has been circulated by the White House in the form of a fact sheet, and comes equipped with 72 different initiatives across some 12 federal bodies, and is directed towards enhancing healthy competition and killing existing monopolies. One noteworthy occurrence among these initiatives is that many of these have been put in place to target big telecom. This includes a provision which urges the Federal Communications Commissions to bring back net neutrality.

This comes even as around 83 million United States citizens live under a monopoly when it comes to broadband services, while there are millions more who are stuck under an apparent duopoly, involving telecos and cable giants. That’s not all though, what follows is the slew of bad services that these monopolies often bring with themselves, since people have no other choice but to opt for the one provider who is available. These include weak and selective coverage, exorbitant prices, slow speeds, and a very poor customer service.

Under Trump’s regime, the then FCC had largely chosen to ignore these pressing matters, but the tides seem to be turning slowly under the Biden government. And that wasn’t even all that was bad, too, as the FCC had also been quick to try and kill media consolidation rules, or removing customer protections.

Another thing for which the agency had been called out during Trump’s era had been the questionable merger between T-Mobile and Sprint, which, experts and the masses had been alike in saying would most likely kill jobs while increasing prices. The organization’s stance on the matter had been that the merger would actually prove to be beneficial for citizens, due to apparently faster utilization of 5G networks, and more competition.

The former set of net neutrality rules under the FCC, which have been set up during the reign of Barack Obama, and which prevented telecom companies from abusing their power and also mandated that ISPs be clear about any restrictions over broadband use, had been repealed in 2017, when Trump came into power.

This was met with significant backlash, as the decision was touted to be completely unjustified. Moreover, the broadband industry was also apparently caught generating false support, in the form of dead and fake people.