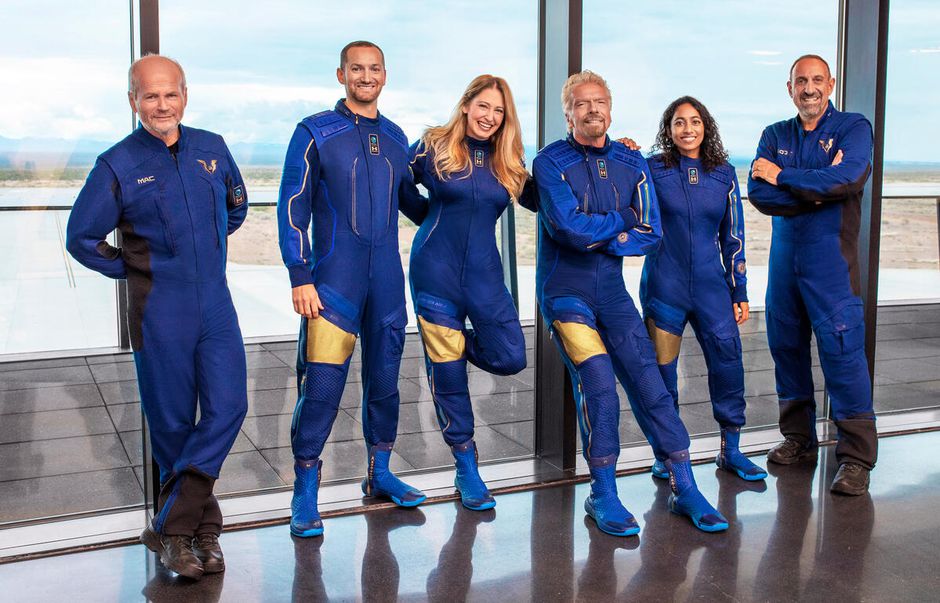 Billionaire Richard Branson, founder of the American space flight company, Virgin Galactic is launching into Space today i.e., 11th of July 2021. Launching himself to Space, the billionaire becomes the first billionaire in history to have been to the edge of the world.

As the team at Virgin Galactic prepares for launch, the space flight company is making sure to tick out all the stops to give the world a spectacle to watch. The event is going to be the first fully crewed space flight with Branson joining two pilots and three crew members on Virgin Galactic’s space rocket plane, VSS Unity.

This mission is an important one as it carries the billionaire founder himself and it is important for everyone that the flight is safe and sound. The company reveals that this mission marks VSS Unity’s 22nd test flight and Virgin Galactic’s fourth crewed mission beyond the Earth’s atmosphere, says reports.

The Livestream of the flight will be hosted by Stephen Colbert from The Late Show. Other than this, the Livestream will also be available on Virgin Galactic’s website, Twitter, YouTube and Facebook handle. According to the latest reports, Richard Branson’s flight will be launched today at 7:30 am PT i.e., 8:30 am MT, 10:30 am ET, and 3:30 pm BST.

Furthermore, popular singer/songwriter Khalid has announced to make a debut of a new single live on stage after VSS Unity’s safe landing. As mentioned in a report by Gizmodo, billionaire Branson also teased to make some new exciting announcements for the people, something about giving more people the chance to become astronauts, once he lands back on Earth after the first fully crewed spaceflight.

Richard Branson won the so-called ‘Billionaire Space Race’ by just 11 days as Amazon founder and billionaire Jeff Bezos is scheduled on July 20th to make his journey to the edge of the world, feeling complete weightlessness.

It was Bezos who had planned to go first but Richard Branson, later on, changed the date of his spaceflight to become the first billionaire to go to Space. However, the space tourism industry is potentially becoming a real thing with Virgin Galactic and Blue Origin competing head-to-head to claim the industry in their name. When do you think will these companies commercialize space tourism?