The SEC is set to approve the first US Bitcoin futures exchange-traded fund to begin trading, marking a watershed moment for the cryptocurrency industry. 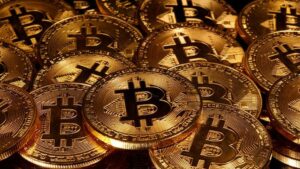 People who requested anonymity while discussing the decision said that the regulator is unlikely to block those products from being traded next week. Unlike prior Bitcoin ETF applications that were rejected by the SEC, ProShares and Invesco Ltd.’s plans are based on futures contracts and were submitted under mutual fund rules that, according to SEC Chairman Gary Gensler, provide “substantial investor safeguards”.

A spokesperson for the Securities and Exchange Commission, as well as a representative from ProShares, declined to comment.

Bitcoin surpassed $60,000 for the first time since April, as crypto-linked stock futures soared in premarket trade in the United States. The world’s most valuable cryptocurrency has risen about 90% in three months and is closing in on its all-time high of $64,869 established earlier this year.

The fund’s launch will be the climax of a nearly decade-long campaign by the $6.7 trillion ETF sector, barring a last-minute reversal. Since Cameron and Tyler Winklevoss, the twins best recognized for their role in the development of Facebook Inc., filed the initial application for a Bitcoin ETF in 2013, advocates have sought approval as a confirmation of popular acceptance of cryptocurrencies.

Issuers have been attempting to get a variety of various structures certified for trade for years, despite numerous misleading signals of progress and outright denials. There have been proposals for funds that would hold Bitcoin in a digital vault or employ leverage to boost returns over the years. Others attempted to reduce Bitcoin’s well-known volatility, which has been a source of dispute for the SEC.

The Securities and Exchange Commission (SEC) has previously claimed that the crypto industry is riddled with investment risks. The SEC was concerned that prices could be manipulated and that liquidity would be insufficient, as well as that Bitcoin’s wild price swings would be too much for small investors. Bitcoin’s last three full-year returns were 74 percent loss, 95 percent gain, and 305 percent gain.

The SEC has also questioned whether funds would have the requisite information to properly value bitcoins or comparable items. There have also been concerns about proving ownership of coins held by funds, as well as the potential of hacking. 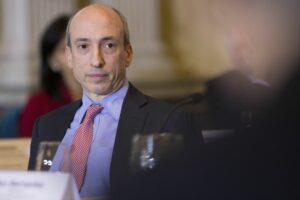 When Gensler was appointed to lead the agency, many crypto supporters rejoiced. They mentioned his previous involvement in the crypto realm, noting that he once taught a seminar named “Blockchain and Money” at MIT’s Sloan School of Management.” However, in recent months, the chairman has referred to the area as the Wild West and has indicated that he wants more strong market oversight.