Use a VPN Protocol to Get a Secure Data 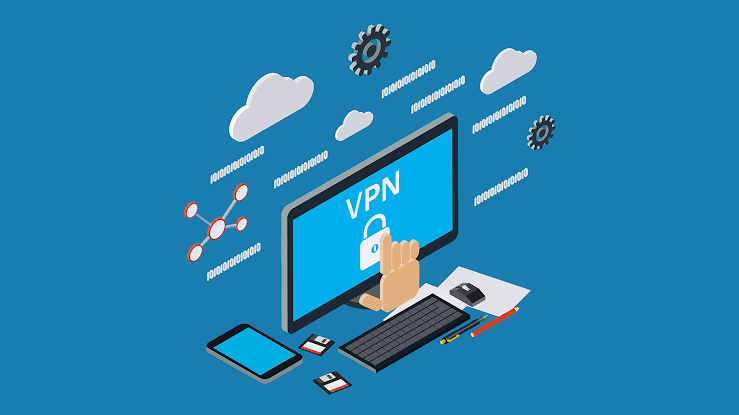 A virtual private network use encryption to encode data so that only the sender and the receiver can read it. It is a vital feature of a VPN that works in conjunction with IP masking and tunneling (or split-tunneling). For encryption to work, it requires a protocol, which is a process that performs three functions, including:

1. Encrypts the incoming or outgoing data

This process is automatically embedded within VPN protocols and written for software programs. Key exchanges can be either public (such as public wireless access) or private (user-to-user).

To further understand VPN protocols, it is essential to have a deeper understanding of the two main types of encryptions.

Computers use symmetric key encryption to send messages back and forth. In this setup, both users have the same secret key or code to access the data. The code encrypts the data before it arrives at the receiver via a different network.

In practical terms, the code may be as simple as a password that both users set up. In some cases, the encryption is already built into the software. Computers and networks are designed to encrypt tiny parts of a message at a time (stream ciphers) or larger portions of a message (block ciphers).

Public key encryption is made up of two parts: a private key and a public key. The private key is held by the owner of the platform (a cloud platform, software, or wireless access). The public key is made available to anyone who has access to the platform. To gain access, the user enters the public key (i.e., a password) on their computer or remote device.

There are several types of protocols available to users. However, some are secure, and others are outdated and not secure. Two of the most common secure VPN protocols include:

Internet Key Exchange (IKE) was developed by Cisco and Microsoft to authenticate incoming messages and tunnel data en route from the deliverer to the receiver. There are several reasons why IKEvs Protocol is preferred with VPNs, including:

OpenVPN is an open-source tunneling protocol. Therefore, it is available to anyone on the Internet. OpenVPN regularly receives updates and maintenance, so it is always current. There are several advantages to OpenVPN, such as:

The only downside to OpenVPN is that the higher the encryption rates, the slower the connection is between users. There are other types of VPN protocols such as PPTP, SSTP, L2TP/IPSec. However, these protocols are outdated and not secure.

Leading VPN services recognize and use Advanced Encryption Standard (AES) as the standard for encryption protocols in virtual private networks. It helps to understand why. According to reviewsdir, AES protects private data in software and hardware worldwide. The encryption algorithm is easy to implement in technology and offers the highest level of defense against cyber-attacks.

What separates AES from other encryption standards is that it is always open to public scrutiny, and it is still maintained and updated. Therefore, VPNs and users can depend on the AES to keep their devices and software secure. Furthermore, AES is available for royalty-free, nonexclusive use. Developers prefer AES because the algorithm is flexible and easy to implement.

AES decrypts data in blocks of 28 bits using 128,192, and 256-bit keys. It also uses the same keys for encryption and decryption, as long as both users have the same key. AES has undergone countless cyber-attacks since its inception in 1997. To date, it still has yet to be compromised.

Which VPN is Best for Users?

While all VPN protocols have unique features and benefits, not all protocols are suitable for all applications. For instance, OpenVPN is a favorite of premium VPN providers. Why? Because they have the technology and the resources to support OpenVPN. They can also choose which devices they will support (computers, phones, tablets). It also means that they can differentiate between operating systems such as Android or iOS.

For subscribers, the key to using OpenVPN successfully is trusting both the VPN provider and the OpenVPN that has a generic client. Both entities could provide an in-road for hackers. Therefore, there must be a high level of security on all ends. If the VPN provider understands the technology and implements it securely, then OpenVPN is relatively safe.

Users who need a more stable and fast protocol may want to opt for IKEvs2. It’s also suitable for companies that are still operating older software or hardware (think Blackberry). What truly distinguishes IKEv2 is that it was explicitly designed with the remote mobile user in mind. Therefore, it can handle network changes seamlessly.

The only drawback to IKEvs is that it has narrow platform support and a closed system that caters somewhat to corporate interests. It is also vulnerable to blocks from some VPN providers.

Protocols are the backbone of VPN encryption and security. Without them, a virtual private network is…well…not so private. Users should understand how to properly implement protocols to provide a secure connection to the Internet and prevent a possible cyberattack.