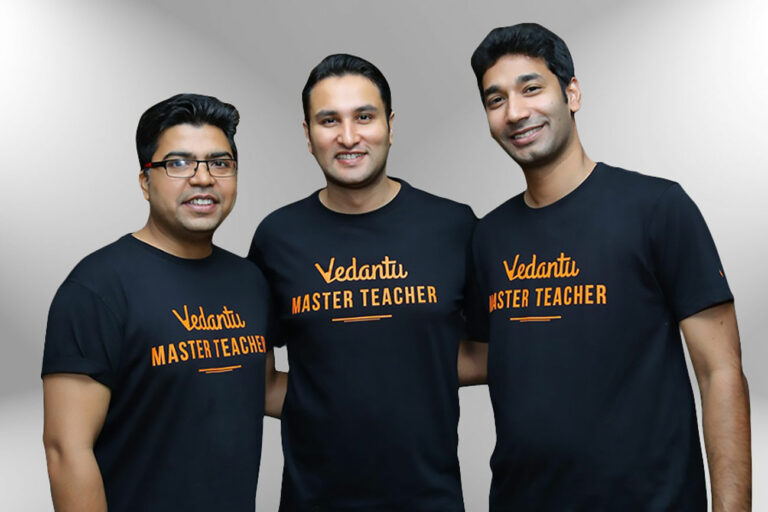 This latest funding round is supposed to conclude in the coming weeks, with additional investors joining in subsequent tranches. Vedantu’s fundraising was managed entirely by The Rainmaker Group as their exclusive financial consultant.

Vedantu plans to use the funds raised in this round to double down on the kindergarten to grade 12 (K-12) learning category, broaden its extracurricular course offerings, and expand overseas within the next 12-5 months. The startup’s most recent round of fundraising happened in July of last year when it secured $100 million at a roughly $600 million valuation.

Vedantu, an interactive online tutoring platform founded in 2014 by Vamsi Krishna, Pulkit Jain, and Anand Prakash, claims to have over 35 million students participating in live classes every month and teachers sending 8 million hours of live classes, with a growth of 220 percent during the early months of the lockdown.

Vamsi Krishna, the CEO and Co-founder of Vedantu commented on the funding round saying, “Back in 2014, when we held our first LIVE class, nobody believed this would work. It is super satisfying to see this format becoming mainstream and Vedantu leading the way in innovative online delivery experiences. We will continue to innovate to reach as many students as possible and create 10x better experiences and outcomes for every child at Vedantu.”

The 11-year-old startup tends to focus on offering live tutoring classes to kids aged 3 to 18. It also provides test preparation for competitive examinations such as IIT-JEE and the National Eligibility Cumulative Entrance Test (NEET), as well as school boards which include the Central Board of Secondary Education (CBSE), the Indian Certificate of Secondary Education (ICSE), and state exam boards like Maharashtra boards.

Vedantu would also consider adding Indian language courses to its platform. According to Krishna, live tutoring currently accounts for almost 55 percent to 60 percent of the company’s revenues, with exam preparation accounting for another 30 percent to 35 percent of total revenues.

Vedantu witnessed nearly 4.5x revenue growth in the last year alone, as covid continues to give significant growth opportunities to digital learning platforms. The startup’s yearly revenue run-rate is currently $65 million, with intentions to more than double this figure in the next year.