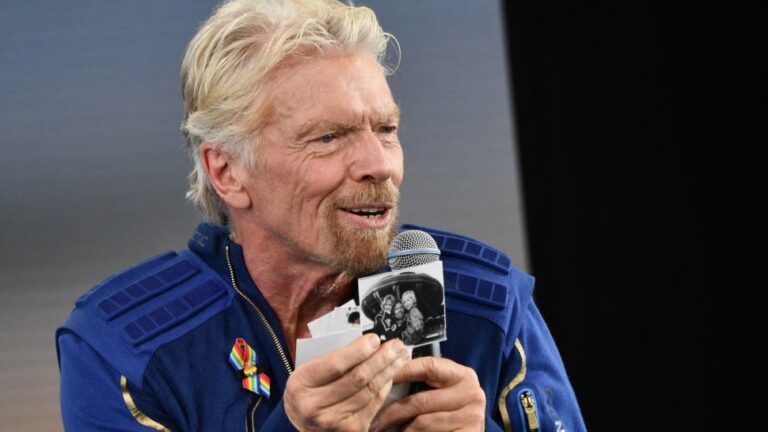 After one month of his first flight to space, Richard Branson sells a major portion of his shares for around $300 million. The number of shares is estimated to be 10 million shares between August 10 and 12. The news comes after the ticket price almost doubles from $250,000 per ticket to $450,000 per ticket.

Branson worked for years to make this company a successful one. Being the first company to send civilians to space, the company is also known to have many celebrities book upcoming flights. It is said that the money will be used to support travel businesses and pandemic-struck leisure for Branson’s Virgin Group. Each share ranges from $25.75 to $34.39. Morgen Stanley says that the price of the shares is expected to go down eventually with each ride. As the excitement with each ride could possibly die down.

Branson’s parent company said in a statement, “The Virgin Group continues to be the largest single shareholder in Virgin Galactic. Virgin Galactic intends to use the net proceeds from this sale to support its portfolio of global leisure, holiday, and travel businesses that continue to be affected by the impact of the COVID-19 pandemic, in addition to supporting the development and growth of new and existing businesses.”

This is the third time Richard Branson is selling his shares. Sales worth $504.5 million were sold in May 2020 and the other time when $150.3 million shares were sold was in April 2021. Since going public, Branson sold shares worth $950 million, while $1 billion was raised before going public.

Regardless of the details about shares, eyes are on the next flights. Each flight ticket cost is increased to $450,000 for a single seat. Further details about family tickets were not revealed. However, more such options will be available, where one can also book the entire flight. Initially Virgin Galactic has to send the first 600 people who registered for the flight. Additionally, the other 1000 people who booked the seat with $1000 will also be sent for space tours in the coming years.

The next flight is known to be scheduled to launch in September from Spaceport America in New Mexico. An interesting part of their launches is that those who want to be part of the launches and can’t afford the ticket price can also try and take part in the tours. By sending a charitable donation to the company, the donator becomes eligible for being the lucky winner to get one of the two free tickets available. Despite substantial losses, Virgin Galactic is optimistic about sales in the coming years.