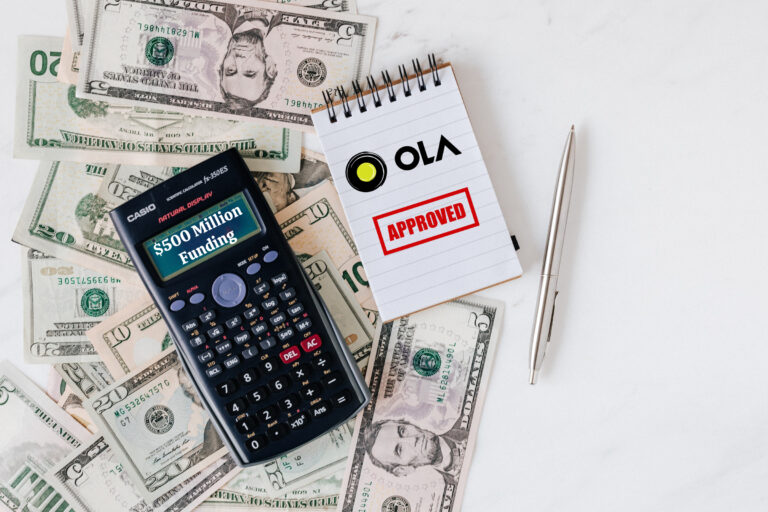 According to two press releases issued on Friday, the Competition Commission of India (CCI) has accepted the acquisition of shares in ANI Technologies by MacRitchie Investments (Temasek), Fort Canning Investments, Plum Wood Investment Limited (Plum Wood), as well as certain voting rights by Bhavish Aggarwal. Temasek Holdings (Private) Limited controls MacRitchie, which is an investment holding firm while  Temasek is a Singapore-based venture capital firm. Plum Wood is likewise an investment holding company, with private equity funds overseen by Warburg Pincus LLC as owners. The company, based in New York, functions as a manager for a number of private equity funds.

Ola, which is primarily backed by SoftBank, announced last month that Temasek and Warburg Pincus will invest $500 million (~Rs. 3,700 crores) in the startup as it expands its ride-hailing business across categories and geographies. Investments beyond a specific threshold involve CCI approval.

This investment in Bengaluru based startup correlates with rumors that the company is planning to go public. If it does, the ride-hailing startup will follow a growing list of technological unicorns that have already initiated the journey of going public. Zomato became the first tech unicorn to debut on national stock exchanges last month. Major startups such as Paytm, MobiKwik, PolicyBazaar, and Nykaa have already filed draft papers with market regulator SEBI for their IPO.

After the spread of the coronavirus pandemic across India, Ola was among the worst-affected tech startups, as work-from-home drawbacks and physical isolation guidelines limited commute needs. According to CEO Aggarwal, the company’s revenues dropped by about 95% following the first lockdown in late March 2020, when the company laid off a third of its workforce. Although, the coronavirus outbreak has harmed the company’s ride-sharing business, while the demand for its food operations and financial services is booming. Ola has also invested Rs 2,400-crore to construct an electric vehicle manufacturing plant, the world’s biggest two-wheeler production facility.

The taxi aggregator startup Ola currently offers its services across over 100 Indian cities. During the last decade, she has grown its business overseas, including Australia, New Zealand, and the United Kingdom. Ola handles around 32 million monthly active customers in India in June, increasing from roughly 26 million in May. At the same time, the company’s prime competitor Uber handles over 22 million users in India, slightly higher than 18 million in May.