What does HODL mean in the crypto world?

A while back, Elon Musk tweeted, “What does the future HODL?” This happened after the price of Dogecoin fell from an all-time high, and investors were worried about its future. But why did Elon write HODL? Was it a typo? What does it mean? You all must be asking the same questions as many others on Twitter. Anyone who is not deeply into crypto might not have an idea of the term. And it’s fine because it’s just a typo that caught on and became a cult word for HOLD.

What does the future hodl?

The origin of the word HODL 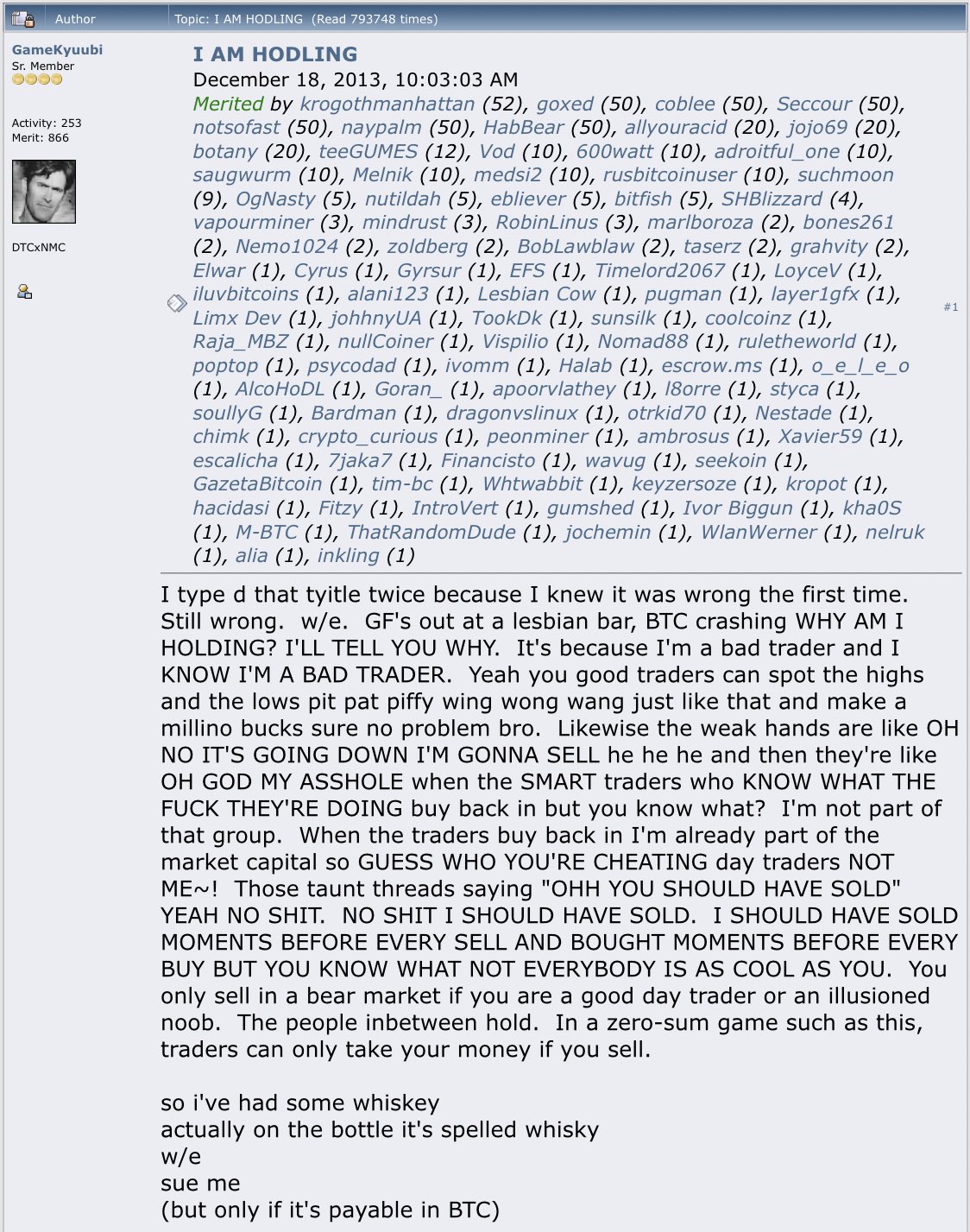 As I said in the introduction, the term HODL originated from a user’s post with a typo. This is why still many don’t know about it. But it is quite popular in Reddit communities and geeks who know where they are putting their money into. Back in December 2013, a guy posted “I AM HODLING” and explained why he is doing that. And even though it was a mistake at the time, the kind of response the post got was insane. And the sentiment and the spelling caught on with other enthusiasts the now say HOLDING=HODLING.

Many have even thought the term to be the short form of  “Hold on to dear life,” but that is incorrect. It is just a cult word saying that Hold your coins and don’t sell. They will say you are a bad trader, but you are not. The guy who posted this had quite an interesting thing to say. He wrote, “I SHOULD HAVE SOLD BEFORE EVERY SELL AND BOUGHT MOMENTS BEFORE EVERY BUY, BUT YOU KNOW WHAT NOT EVERYBODY IS AS COOL AS YOU.” Man, I can feel that sentiment, and it was because of these raw and to-the-point languages that people actually started believing in the currency.

I am pretty sure that now you know what does HODL means. And if you still have any other doubts, you can read the entire post that I added above.

After the announcement of the new tax proposal by Joe Biden, the price of Bitcoin dropped below the $50k level after a long time. This had many worried about whether this is the end of the 2020-21 bull run of Bitcoin. But no, that’s not the case; the price of Bitcoin has again moved past the $50k level and has also taken support at $52k. I HODLED my coins, and I am pretty sure that the dip is over, and we are moving towards a new all-time high. Tell us, did you HODL? And if not what made you sell, was it the dip.

Did you know about the term “HODL”? If yes, from where did you come to know about it? Let us know in the comments below. Also, if you found our content informative, do like it and share it with your friends.