What is Bitcoin Cash? Know Everything About it.

Bitcoin Cash (BCH) is a cryptocurrency that “forked” from Bitcoin (BTC), the world’s largest cryptocurrency, in 2017 owing to disagreements about the protocol’s future. What does this imply? A fork occurs when a community modifies the blockchain’s protocol, or basic set of rules, resulting in the creation of a new blockchain. In the case of Bitcoin Cash, the community set out to establish a cryptocurrency that is more suited for cheap, everyday payments than Bitcoin.

Due to its fees, Bitcoin, despite being termed “Peer-to-Peer Electronic Cash” in its whitepaper published in 2009, may not be well-suited for usage as cash in ordinary purchases. For example, on May 10, 2021, the median charge for sending a Bitcoin transaction was around $8.00. At those prices, buying a coffee with Bitcoin wouldn’t make much sense. 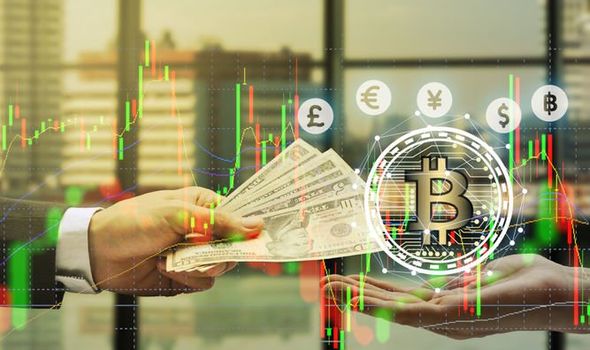 What Is the Process of Bitcoin Cash?
To process transactions more quickly, Bitcoin Cash uses a bigger block size (which is 4-8 times larger than BTC, depending on the adoption of Segregated Witness).

These transactions are fast enough that you might use BCH to make a brief retail purchase (such as a cup of coffee), but if you were making a significant purchase, such as a car or a house, you may prefer a slower, more secure cryptocurrency, such as BTC.

As a result, BCH and BTC play distinct roles. Not every cryptocurrency is a store of wealth, and not every cryptocurrency requires data to be processed rapidly in order to function as a credit card transaction. It makes sense to use different tools for different jobs, similar to how you may use a credit card for restaurant eating and a bank transfer to buy a property.

Finally, while BCH is faster and has lower processing fees than BTC, it is still utilized less frequently because ordinary cryptocurrency payments have yet to gain widespread acceptance. Many feel that increased awareness, as well as related technology advancements and innovations, will pave the road for BCH to become a leader in cryptocurrency payments over time.

Who and why did Bitcoin Cash (BCH) emerge?

As Bitcoin’s popularity grew and network fees began to rise, a group of Bitcoin developers proposed a technical solution to allow Bitcoin to be used for smaller transactions. In essence, these developers issued a new version of the Bitcoin software that boosted the size of the Bitcoin blockchain (enabling a greater number of transactions to be processed).

The majority of Bitcoin developers and users were opposed to the software proposal. A “fork” occurred, and Bitcoin Cash became a whole distinct blockchain (although Bitcoin Cash still retained some core features of Bitcoin such as a maximum supply of 21 million coins).

Many Bitcoin developers and users rejected Bitcoin Cash’s technology because a larger blockchain (which may enable a greater number of transactions and thus cheaper transactions) comes with a significant trade-off. A larger blockchain is more difficult to validate and store on thousands of computers worldwide, which are the cornerstone of Bitcoin’s decentralized nature (such as ensuring that no individual, company, or organization may tamper with Bitcoin’s blockchain at its core). 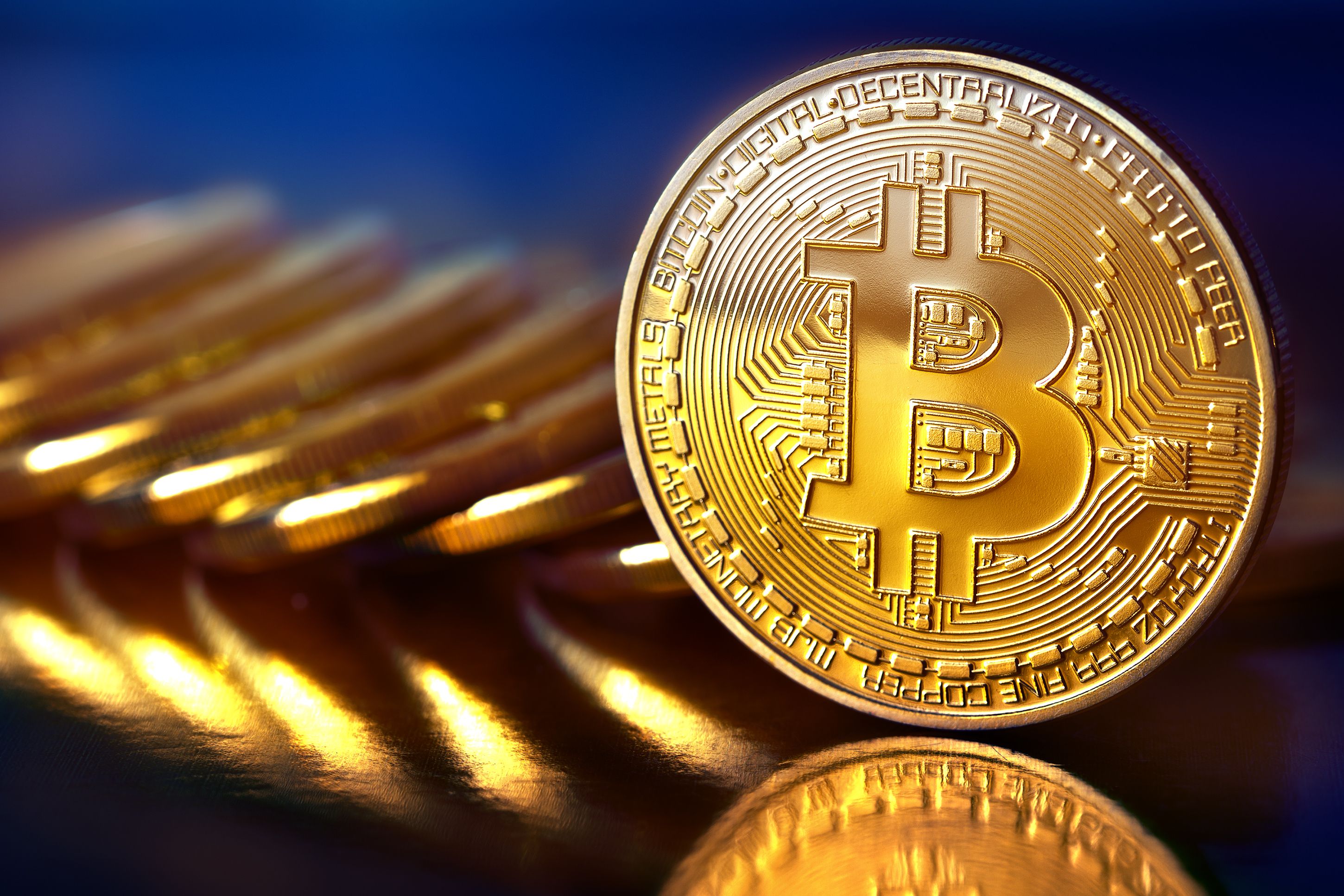 Before we discuss Bitcoin Cash (BCH), we must first understand where it comes from and what problem it seeks to solve. To do so, we’ll need to talk about Bitcoin for a few minutes (BTC).

Bitcoin broke new ground in a number of significant respects, including philosophically, technologically, and economically. However, because Bitcoin was the first of its sort, it quickly became evident that it had some flaws. Bitcoin is relatively slow, generating a new block for the blockchain only every 10 minutes and with a block size limit of 1MB. Furthermore, it only handles seven transactions per second.

As a store of value with little transaction volume, this is mainly doable, but for everyday use, speed is crucial. Keep in mind that as of late 2020, Visa conducts 24,000 transactions per second.

As more people began to utilize Bitcoin, the network became essentially bottlenecked. Around 2015, Bitcoin began to face its scaling difficulty, and two camps arose to address it: those who wanted small-block solutions and those who favored large-block solutions.

Even supporters of small block solutions understood the necessity for at least some increase in processing speed as network traffic rose. The solution proposed by tiny block supporters is a procedure known as Segregated Witness (SegWit). It works by deleting signature information from Bitcoin transactions.

A new block added to the Bitcoin network comprises transaction data as well as digital signature data pertaining to the origin and destination of bitcoin (BTC) in each transaction. The witness (the digital signature) is separated from the transaction data via SegWit, as the name implies. Essentially, it more efficiently rearranges the data in each given block. SegWit effectively doubles the block size (approximately 2MB per block).

Because SegWit is a soft fork rather than a hard fork, any node on the network can choose whether or not to adopt the new set of rules. Rejecting SegWit does not result in the creation of a new blockchain or cryptocurrency (unlike the hard fork that resulted in Bitcoin Cash, which we’ll discuss in a moment). SegWit adoption is low, with an estimated 36% of all BTC transactions using it. As a result, it only marginally improves the overall transaction speed of the Bitcoin ecosystem.

The Bitcoin Cash Structure and the Importance of Block Size
Bitcoin Cash began as a hard fork of Bitcoin. It is quite similar to Bitcoin in terms of technology and structure, but there is one important difference: block size.

Segregated Witness, in the opinion of Bitcoin Cash supporters, was not an adequate answer to Bitcoin’s scalability problem. In reaction to the shortcomings of SegWit, Bitcoin Cash was established and designed to load 8MB of data into each block while processing 116 transactions per second on average. While BCH significantly improves transaction speed, the bigger block size necessitates greater processing power for nodes to run the blockchain network.

So why not simply make the blocks much larger — say, 100MB? This would make the network significantly faster, but it would also be severely limited in terms of who could host a node, validate new blocks on the blockchain, and sustain the network. The dispute over block size boils down to a choice between speed and decentralization, and which is preferable.

Huge institutions, organizations, or BCH businesses can pool the processing capacity needed for large block sizes. Individuals, on the other hand, would have a considerably more difficult time amassing enough computing power to handle big blocks. This disparity threatens to create an oligopoly (where processing power is concentrated in the hands of a few significant companies), endangering the blockchain’s decentralized nature. A proper balance of decentralized, distributed, independent verification is what makes the blockchain secure and reliable, therefore more nodes = higher network security in a nutshell.

What Is the Difference Between Bitcoin and Bitcoin Cash? 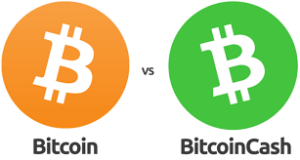 Bitcoin’s potential to scale effectively has been questioned since its beginnings. Transactions involving the digital currency bitcoin are processed, validated, and kept on a blockchain, which is a digital record. Blockchain is a game-changing ledger-recording technology. It makes ledgers significantly more difficult to falsify because the fact of what has occurred is validated by majority rule rather than by a single actor. Furthermore, this network is decentralized; it is present on computers all over the world.

The issue with blockchain technology in the Bitcoin network is that it is slow, particularly when compared to institutions that handle credit card transactions. Visa Inc. (V), for example, handles an average of 564 million transactions per day, or approximately 6,527 transactions per second. 1

How many transactions per second can the bitcoin network handle? The rate is 4.43 per second as of January 31, 2022. 2 Transactions may take several minutes or more to complete. Waiting times have increased as the network of bitcoin users has grown because there are more transactions to process without a change in the underlying technology that processes them.

Ongoing discussions about bitcoin’s technology have focused on the core issue of scaling and boosting the speed of the transaction verification process. Two main solutions to this problem have been proposed by developers and bitcoin miners:

The first includes reducing the amount of data that must be confirmed in each block, resulting in faster and cheaper transactions.
The second step entails increasing the size of data blocks so that more information may be processed at once.
These answers resulted in the creation of Bitcoin Cash (BCH). We’ll examine at how bitcoin and BCH vary in the next sections.

Bitcoin’s transaction processing time is limited, which has generated schisms among factions within the bitcoin mining and development communities.
Bitcoin Cash was founded by bitcoin miners and developers concerned about the bitcoin cryptocurrency’s future and capacity to scale successfully.
While bitcoin blocks are limited to 1 MB in size, BCH blocks can be up to 32 MB in size.

This week has seen a drop in the price of Bitcoin Cash.