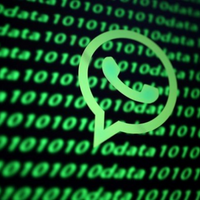 WhatsApp data Breach: A step-by-step method to determining whether your data was exposed or not

The actor said the database had active WhatsApp users from 84 different countries cell phone numbers. The US, the UK, Russia, Egypt, Italy, Saudi Arabia, and even India were on the list.

Here is a step-by-step procedure to determine whether your WhatsApp data is secure:

– Enter your mobile number or Email ID in the international formats.

Such data is frequently are useful in cybercrimes like vishing and smishing and, which both entail sending the victim a text message with a link that must be clicked. The user is then prompted for their payment card number or other sensitive information.

This is not the first time a platform operated by Meta has experienced a data leak. For example, over 500 million Facebook users’ personal information, including 6 million records from India, allegedly fell into the wrong hands last year. Phone numbers and other information were then exposed in the leaked data.

The sources claim that the hacker is selling these datasets on the dark web. These were the steps guided by some news panels for checking the data. Although WhatsApp has high security. A data breach or hacking can be something that anyone doesn’t believe or expects.

“The claim written on Cybernews is based on unsubstantiated screenshots. There is no evidence of a ‘data leak’ from WhatsApp.” – said a WhatsApp Spokesperson.

WhatsApp is typically regarded as a one of the secure cross-platform instant messaging service. This is because the app runs on practically any device, all thanks to technology like end-to-end encryption. But according to a recent allegation from Cybernews, someone managed to hack WhatsApp and acquire the personal information of almost 500 million users, which is now purportedly for sale.

In a hacking site, an actor allegedly promoted the sale of almost 487 million WhatsApp users’ personal information.Also including their cell numbers. Additionally, the listing states that the user data includes approx 32 million US users that comes from 84 different nations.