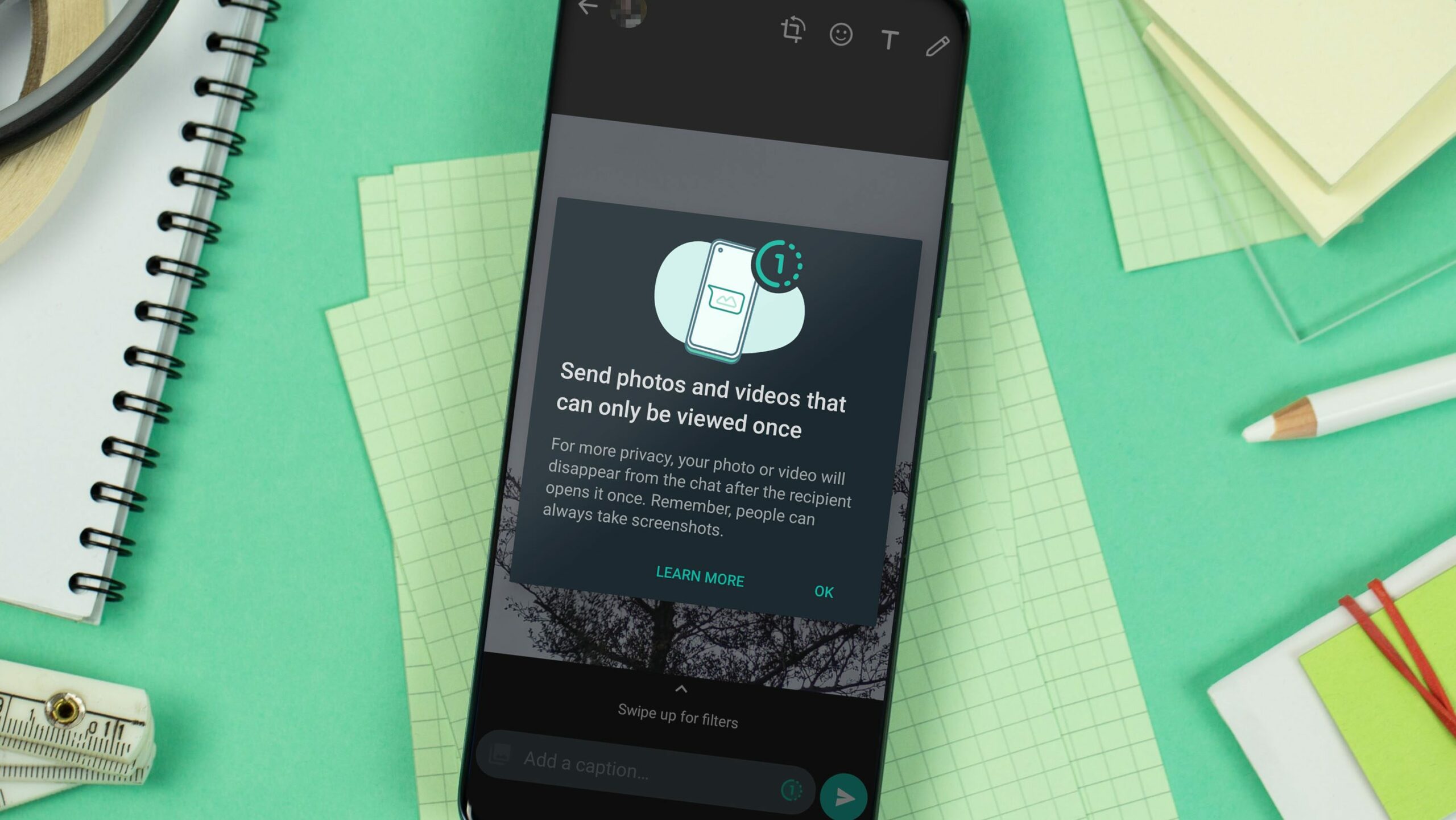 WhatsApp is one of the world’s most popular and widely used instant messaging platforms that allows its users to send messages, media, location, contacts, and more. Not to forget, WhatsApp messages are all end-to-end encrypted which means, no one other than the sender and the recipient can view the messages sent, not even WhatsApp, at least this is what it claims.

Well, privacy and security is something that Facebook Inc. has taken very seriously for its users and is implying the same to all of its applications including Instagram and WhatsApp. Recently, the company has added another feature to WhatsApp that allows users to send photos and videos securely as disappearing messages.

WhatsApp is calling this feature, “view once” photos and is works similar to Snapchat and Instagram’s disappearing photos and videos, wherein users are allowed to send photos and videos in chats that can only be viewed once by the recipient, after which it will disappear.

According to reports, the View Once message feature on WhatsApp was launched as a beta version in Android’s WhatsApp app but now, it will finally be launched to all WhatsApp users, by the end of this week.

This feature has a lot of perks when It comes to privacy as you can use it to send something private to the recipient or something confidential like banking details or passwords. The recipient will open the photo or video, view it, and immediately after that, it will disappear as if it was never there- “view once”.

WhatsApp confirms that view once messages will not preview in chats, nor can they be downloaded to your device, as mentioned in a report by Engadget. This technically means that it can be a secure way to send someone photos and videos without worrying that it will stay with the recipient for the rest of his life.

Also, unlike Snapchat, WhatsApp will not even notify the sender that a screenshot has been taken or the screen was recorded. The view once is a good feature for privacy but if the other side can secretly take screenshots, then maybe what is even the point of having a feature like this?