WhatsApp Takes Back Its Statement Of Denying Functionality. 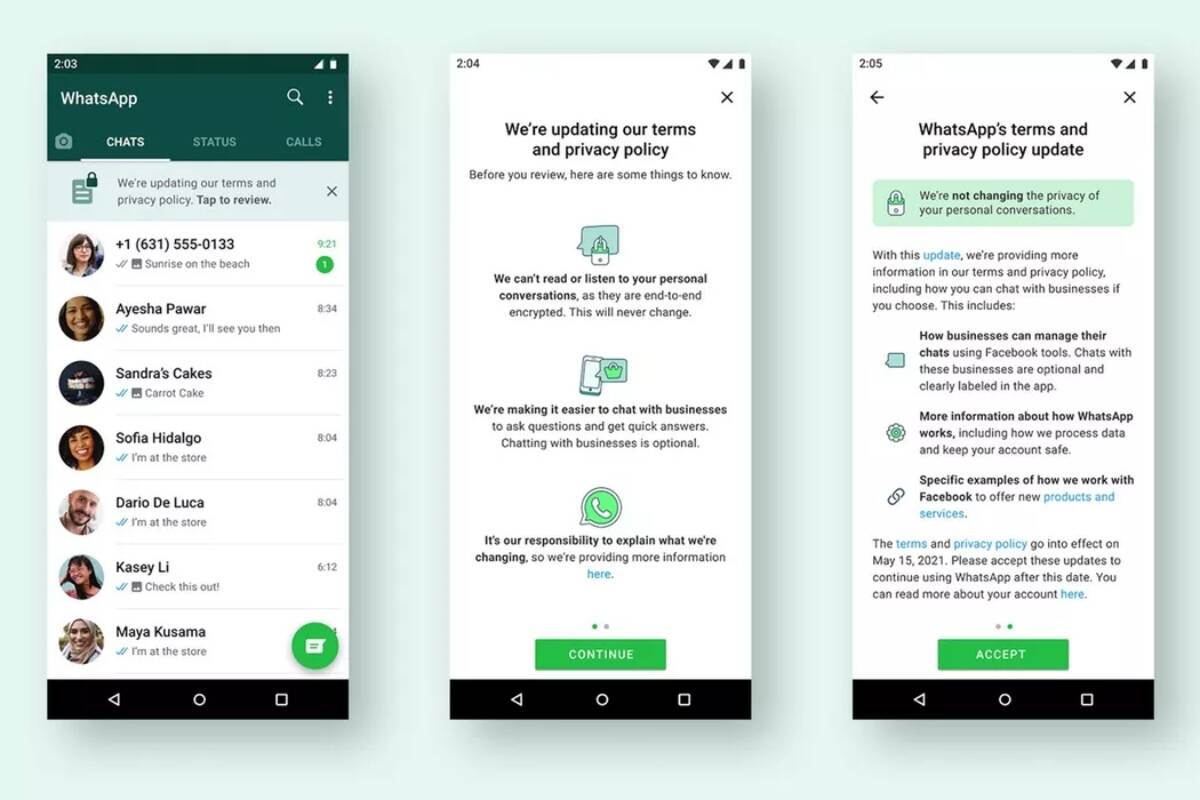 The May 15 deadline to accept the new terms and condition, which was imposed by WhatsApp earlier this month, got scrapped.

The social messaging giant owned by Facebook, just recently in a statement said that the users will not lose any functions, even if they fail to accept the new terms and policies of WhatsApp by May 15. While giving this statement, WhatsApp also clarified that however, this does not mean for the users that they will never have to accept the new privacy policy update. WhatsApp cleared the doubt that the users will not have full functionality of their accounts until they accept the policy.

Here are the few points and notes that WhatsApp said in its statement.

WhatsApp, the Facebook owned app, said that no one is going to have their accounts deleted or have their functionality lost on their account if they did not accept by May. For this WhatsApp launched a new update.

Although the application has scrapped the deadline of the new policy, it will not stop to remind the users to update the policies.  WhatsApp, in its statement said- “After giving everyone time to review, we’re continuing to remind those who haven’t had the chance to do so to review and accept. After a period of several weeks, the reminder people receive will eventually become persistent.”

WhatsApp said that even after frequent reminders, if the users fail to update the terms, they will be restricted to use limited only functions.

Although WhatsApp said that it will not deny the users of the functions right away, they will surely do that if the policy is not updated by the users.