Whatsapp web might soon get voice and video calls feature

WhatsApp users will now be able to make video or voice calls over the app via desktop. WhatsApp Web is getting a major update and will soon offer the new calling feature with just one tap. With the new feature, users will be able to call friends and family directly from their office desktops, laptops, or even internet cafes. Currently, several WhatsApp beta users can see the voice calling option on WhatsApp Web, but it’s not available for everyone. The company is still working on the feature and may roll it out to more users over the next few weeks or so.

More about the feature on WhatsApp web This feature was long-awaited because of the simple fact that making video calls from one’s desktop is much more engaging. Not everyone has the feature, but yes, new users are getting updated with the new feature every day. Reports suggest that WhatsApp desktop users have a higher chance of getting the update first as compared to Whatsapp web users.

The reports about the new feature are not just verbal, but many images and screenshots have also been leaked.  These images also showed that if a user receives a call, another window will popup showing the receive or decline feature. The UI will be very similar to the phone app. There will be mute, reject, and video on/off options. And users will also be able to chat while talking on a WhatsApp call.

Why is this new feature game-changing? 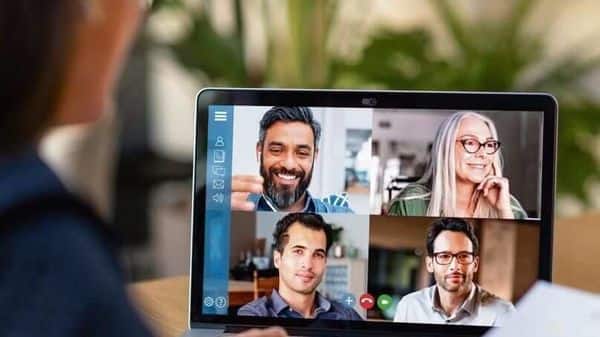 Sometimes, it is irritating to chat on WhatsApp web and pick up one’s phone just to pick up a call. But now that is going to change with the addition of this new feature. And at the same time, this new feature will also compete with Google meet and skype if they add the option to add more participants. As of now, the limit is 8 people.

Even if they don’t increase the limit of the no of users, friends now don’t have to use google meet or skype if there are 8 or fewer people to talk on a video call. Let’s see how long it takes the feature to be rolled out on a wide scale.

What are your thoughts on the fact that Whatsapp web might soon receive the video and voice call feature? Let us know in the comments below. Also, if you found our content useful and detailed do like and share it with your friends.