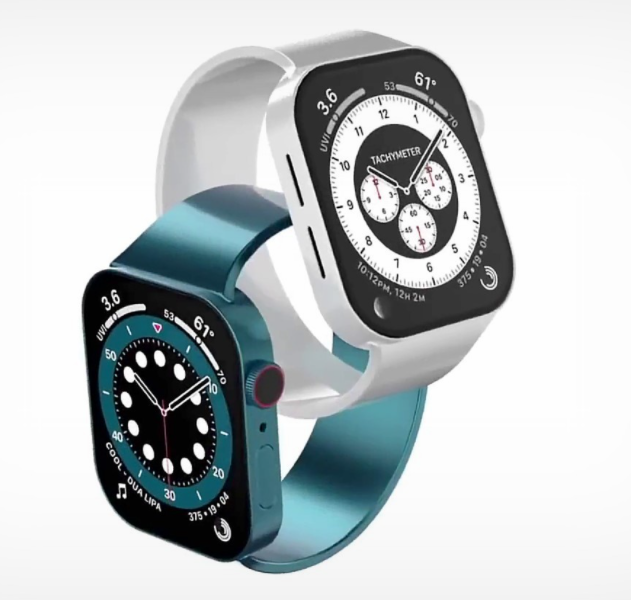 Whether you should wait for Apple Watch Series 7 or not Or stick with Apple Watch 6? Image Credits: Yanko Design
Home
Gadgets

So long as Apple adheres to its normal September keynote schedule, the Apple Watch 7 may be released in a matter of weeks. Next month, Apple is expected to release a new wearable gadget, whether it stages multiple launch events like it did last year or returns to an all-in-one product extravaganza. But what if you want to have an Apple Watch now rather than later?

The Apple Watch 6, which is now the finest smartwatch on the market, is still on prominent display in Apple shops and other electronics retailers. However, once the Apple Watch 7 is released, the almost year-old device will probably be phased out. That’s why you might be wondering if buying the soon-to-be-discontinued model now would lead to the buyer’s regret.

Several indicators point to the Apple Watch 7 appearing different from previous Apple Watch models. The Apple Watch’s design has stayed mostly unaltered since the first model was introduced in 2016, although the famous squircle might be modified to better match the design language of newer, flat-edged iPhones.

When leaker Jon Prosser published a set of renderings earlier this year, rumors of a flat-sided Apple Watch gathered traction. Although Prosser hesitated on the timing of the significant design shift, claiming that his sources might have handed over information on a future Apple Watch — not necessarily the Apple Watch 7.

However, new renderings released this month show ideas for a flat-edged makeover. According to 91Mobiles, the allegedly leaked CAD renderings promise an all-flat design, including the display. If you want others to know you have the latest tech or don’t like the current Apple Watch’s curved design, the expected cosmetic changes are worth the wait.

The inside of the Apple Watch is also likely to alter. The Apple Watch will include “improved ultra-wideband (UWB) capabilities,” according to Bloomberg. Apple’s U1 processor was first debuted in the Series 6 last year, but the company may be aiming to enhance the chip or its function in Apple Watch radio transmissions.

With the release of Apple AirTag key finders, interest in the company’s positioning technology grew. UWB radios, like AirTags, enable accurate location and spatial awareness, allowing compatible devices to identify their exact locations about other nearby devices.

The watchOS 8 software that ships with the Apple Watch 7 feature the Find My app for finding other Apple devices, as well as support for digital keys, allowing individuals to use a wrist-based virtual wallet to get into vehicles, hotels, and other places. However, given the speed with which Apple’s U1 processor improves and adds new capabilities, I believe the next-generation wristwatch will benefit only those who trust UWB technology.

Keep in mind that the Apple Watch SE and Apple Watch 3 are also on sale, however, both smartwatches have outdated processors and don’t feature an always-on display. If you’re still undecided about whether to buy now or wait, check out our guide to the Apple Watch 7 vs. Apple Watch 6 for all we know about the upcoming improvements.