Wi-Fi 7 with a highest 33GBPS Download Speed is expected to launch soon Wi-Fi 7 with a maximum download speed of 33GBPS is planned to be released soon. 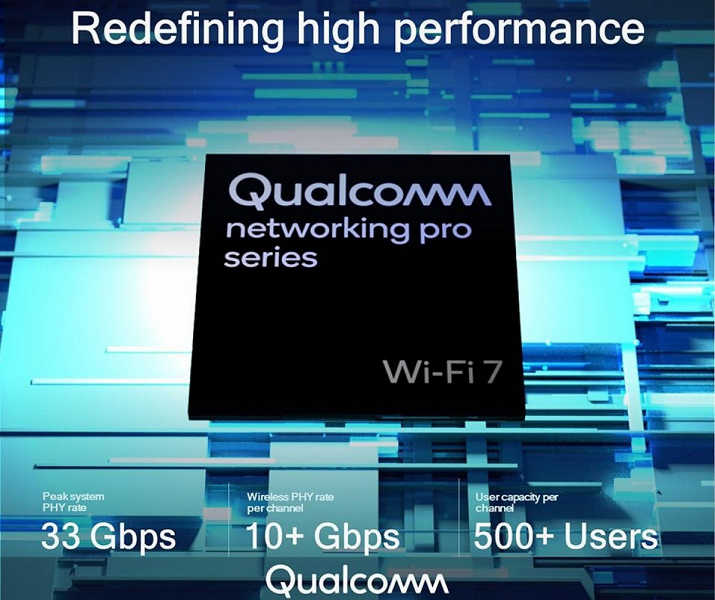 Wi-Fi 6 and Wi-Fi 6E are now the gold standards in wireless networking technology, with blisteringly fast download and upload rates. While consumers have yet to embrace these technologies, Qualcomm has launched the next-generation Wi-Fi technology, Wi-Fi 7, which has a download speed of up to 33Gbps.

A recent high-end Wi-Fi 6E router can now give up to 10Gbps of download speed, and the forthcoming Wi-Fi 7 network will be at least three times faster. Wi-Fi 7 will feature a 320MHz channel, providing the fastest data transmission speed conceivable over the internet. 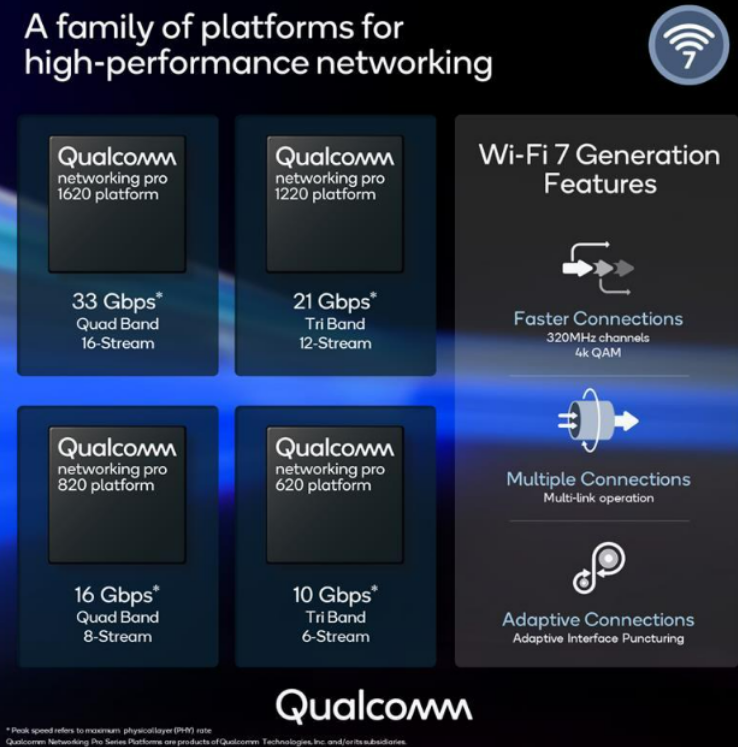 The Qualcomm Networking Pro Series Gen 3 platform family will be the first to implement the Wi-Fi 7 standard. Wi-Fi 7 not only provides quicker download/upload rates but also reduces latency, which should benefit applications such as online gaming and real-time virtual collaboration.

Routers based on Qualcomm’s new Wi-Fi 7-enabled processors will be available in 2023. However, because these protocols are not projected to be available until 2024, you can only receive a maximum of Wi-Fi 6E class networking speed, which will be updated to Wi-Fi 7 in the next days, where up to 500 devices may be linked to a single Wi-Fi 7 channel.