Women of Indian origin who made it to the Forbes’ list of ‘America’s richest self-made women’.

Business is a field that requires a complex blend of skills paired with a sky-high determination and courage to fight against the odds. Although for a very long time in popular discourse, business wasn’t considered a forte of women, it has changed substantially these days with more and more women breaking the glass ceilings of limitations and occupying the places they very well deserve. Gender roles aren’t an easy rock to break, but most often the rock-hard determination is all that’s needed to stand strong against all the odds that bar the roads to success. Here are five women of Indian origin who made it to the Forbes list of richest self-made for the year 2021. Stories are always intriguing. And stories of success all the more intriguing. Thus it is worth taking a look at those. If the point of intrigue is still lost on you, perhaps the fact that together they are worth a whopping $4.6 billion might change your mind. 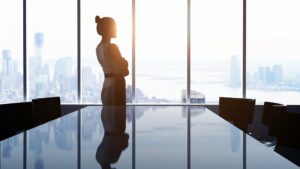 Indra Nooyi spent a major part of her childhood in India before going to Yale to pursue MBA. She has to her credit a twelve-year experience of a quite successful run at PepsiCo. While she was the CEO, she made a brilliant move that stopped the company from breaking up. Nooyi was the one who introduced the environment-friendly practices and products which focussed more on health which was a great boost for the company’s growth. In the year 2019, Nooyi steeped into the Amazon Board. With a net worth amounting to $290 million, Nooyi holds the 91st rank on the Forbes list.

With a net worth of $1.7 billion, Jayshree Ullal holds the 16th rank on the Forbes list. She holds the positions of president and CEO at Arista Networks. And she has to her name, about 5% of the company’s stock. In addition to that, she is also part of the board of directors of the cloud computing company, Snowflake. Snowflake went public in the year 2020.

Neerja Sethi, an alumnus of the Delhi University is 26th on the Forbes list with a net worth of $1 billion. Sethi is the co-founder of Syntel, an IT consulting and outsourcing firm. The company is the brainchild of Sethi and her husband, Bharat Desai, which took shape in their Michigan apartment. In the year 2018, the company was bought by Atos SE, a French IT firm for $3.4 billion.

Neha Narkhede has a net worth amounting to $925 billion. She occupies 29th place on the Forbes list as the head of the cloud company, Confluent. In addition, she also played a significant role in the growth of LinkedIn. Narkhede was the one who facilitated the development of the open-source messaging system to regulate the data influx.

Reshma Shetty is the co-founder of Gingko Bioworks. The biotechnology company works towards speeding up the process of discovering new organisms. The company does this using data analytics and robotics. She is ranked 39th on the list with a net worth of $750 million.