Worldwide Smartphone Shipments Sees A Growth By 25% YoY In Q1 Of 2021 Where Samsung Takes The Lead According to the latest survey, the worldwide smartphone shipment has seen a growth of 25% in Q1 2021 where tech giant, Samsung is on lead. 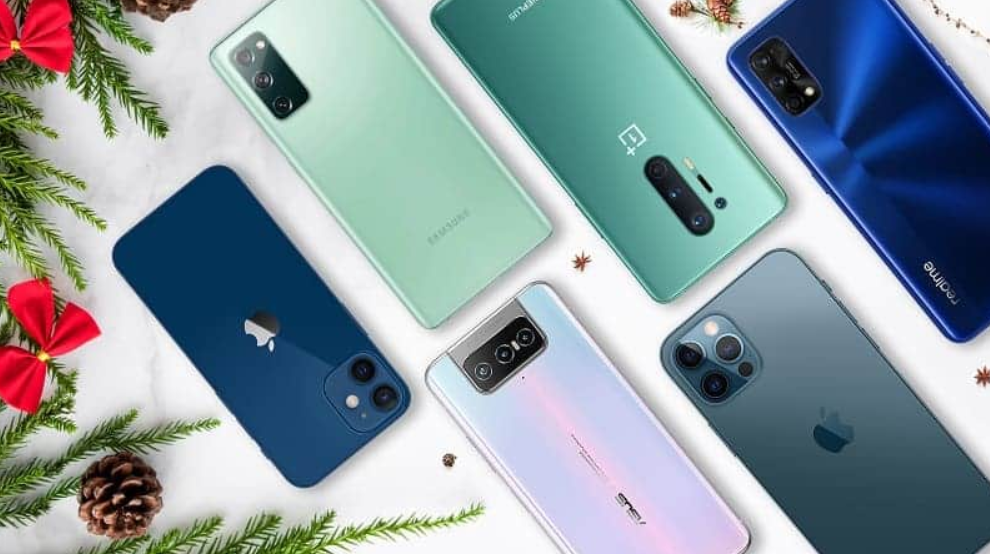 Worldwide Smartphone Shipments Sees A Growth By 25% YoY In Q1 Of 2021 Where Samsung Takes The Lead
Image Credits: PCQuest

Although the Coronavirus-driven pandemic caused a sharp drop in global smartphone shipments in early 2020, the smartphone industry has steadily recovered over the past year. According to IDC (International Data Corporation), global mobile shipments increased by more than 25% in the first quarter of 2021.

The overall number of smartphones delivered by all manufacturers in the first quarter was about 346 million. “The turnaround is moving quicker than we expected, indicating a strong demand for smartphones around the world. However, we must note that we are comparing to one of the worst quarters in smartphone history, 1Q20, the onset of the pandemic, when the majority of the supply chain was halted and China was under complete lockdown,” said Nabila Popal, Research Director at IDC’s Worldwide Mobile Device Trackers.

The rapid growth of smartphone shipments, according to the IDC survey, is due to strong growth in markets such as China and the Asia/Pacific region (excluding China and Japan).

Two of the biggest smartphone markets, China and India, saw growth of 30% and 28%, respectively, accounting for half of all global shipments, or around 173 million units. 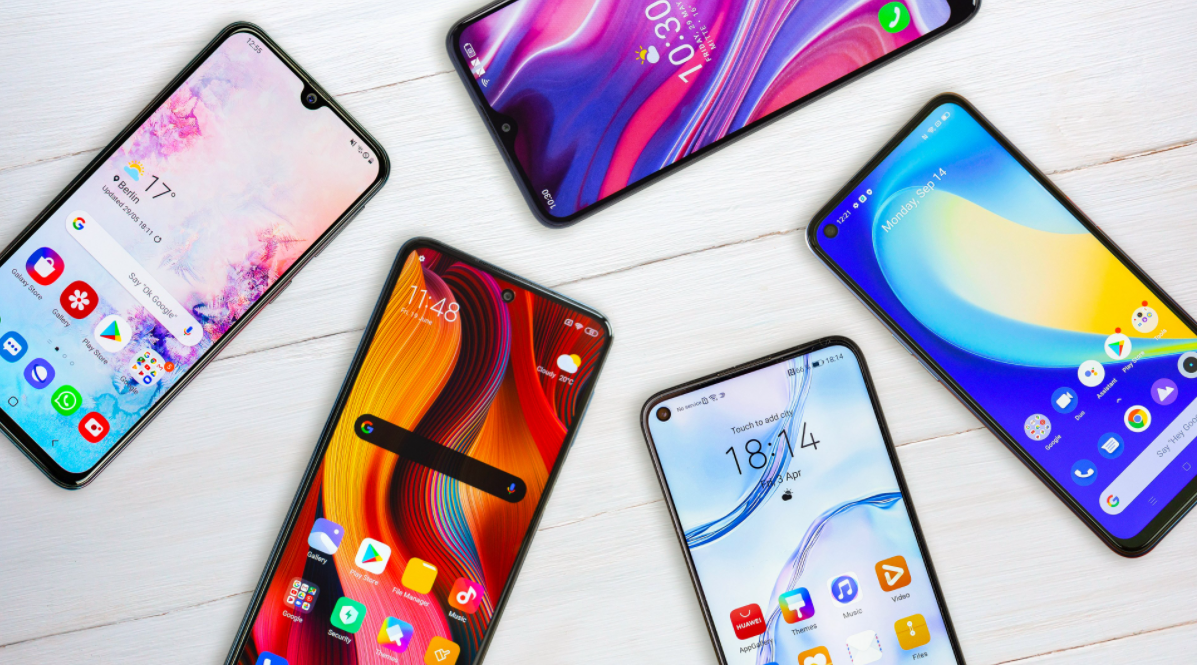 Furthermore, as the economy emerged from the continuing pandemic’s production, consumption, and processing problems, the competitive landscape shifted a little. For instance, due to its scandals with the US government, Huawei has dropped out of the Top 5 manufacturers in the global smartphone shipment chart (image below). 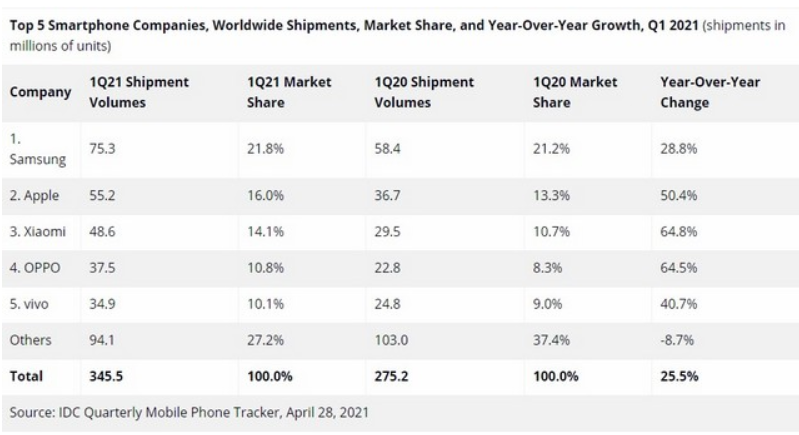 Other smartphone vendors, mostly Chinese brands such as Xiaomi, Oppo, and Vivo, were able to ascend the rankings as a result of this. The three players increased their market share by 14.1 percent, 10.8 percent, and 10.1 percent, respectively, to take the third, fourth, and fifth places in the global mobile shipments list.

According to the survey, the above three smartphone brands dominated the low- and mid-range segments, while tech giants such as Apple and Samsung dominated the higher-end market. In reality, Apple recently announced that it made $89.6 billion in sales in the second quarter of 2021.

Samsung, on the other hand, has reclaimed the top spot, having delivered 75.3 million smartphones during the year, earning a 21.8 percent market share. While the Galaxy S21 series boosted Samsung’s rise, the iPhone 12 series did the same for Apple, with about 55.1 million units delivered. This resulted in Apple gaining a whopping 16 percent of the market.

According to Ryan Reith, VP of IDC’s Worldwide Mobile Device Trackers, several smartphone vendors are looking to take LG’s market share in the future. “It is fair to believe that 6-10 brands are eyeing this shared opportunity,” Reith says, referring to the company’s recent departure from the mobile market.