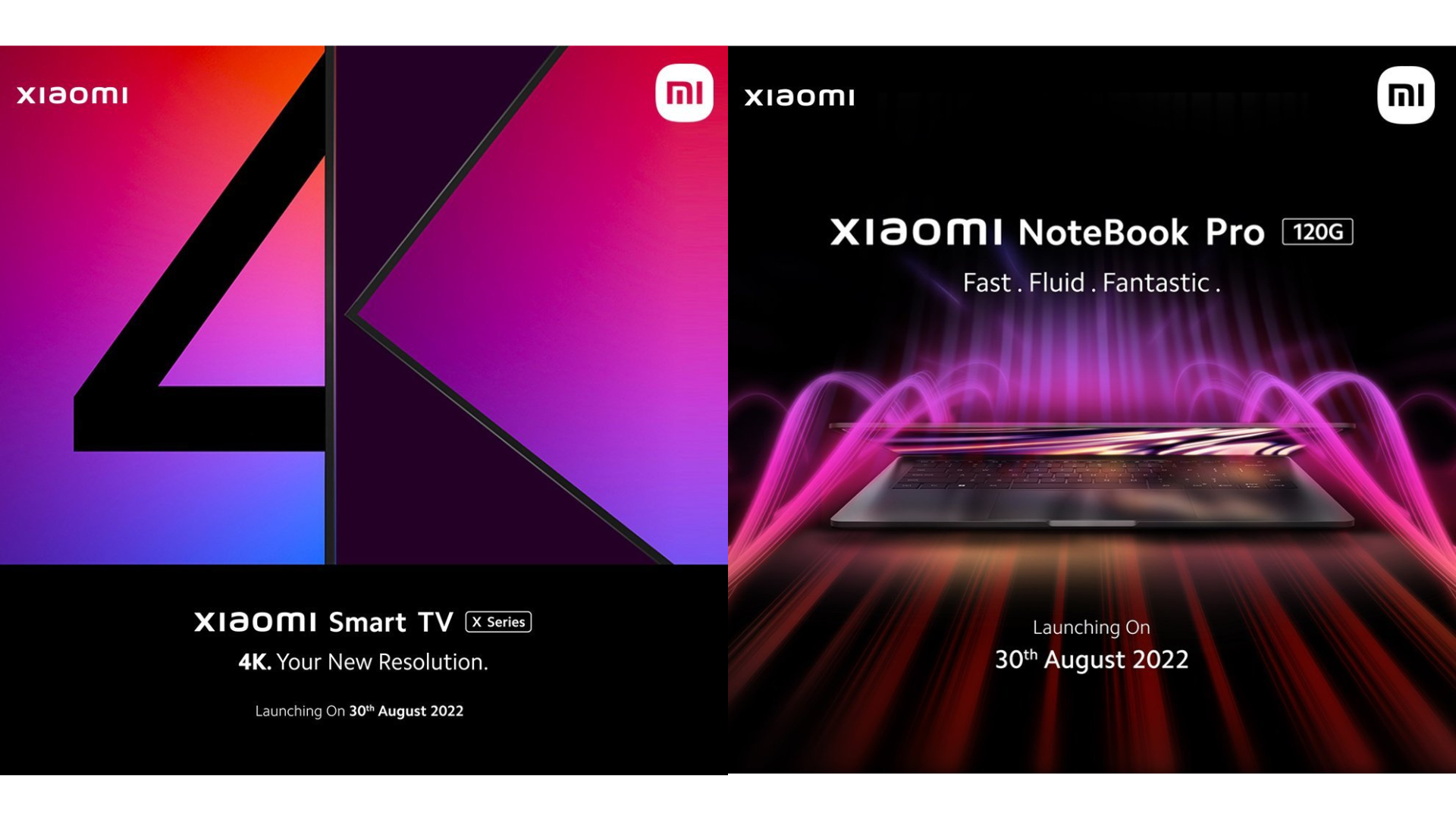 Chinese smartphone maker, Xiaomi has confirmed that they will be launching its first-ever new Xiaomi laptop which will be the NoteBook Pro 120G, and also its Smart TV X series on the 30th of August within the Indian markets. Do checkout to know more, here we will be covering more details:

Talking more about the laptop and Smart TV series coming from Xiaomi. The company has already teased out the design for the NoteBook Pro 120G, where we can see it coming with a metal-type body making it more similar to Macbook from a design perspective. 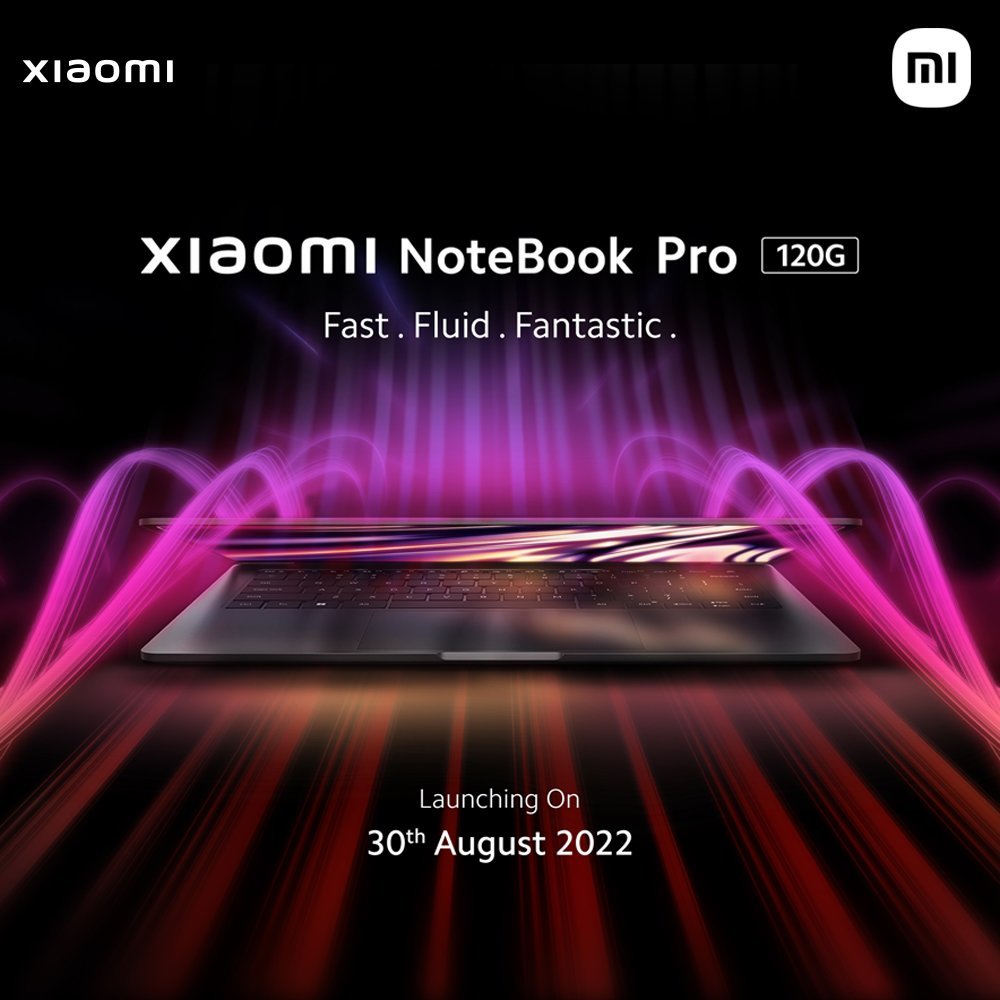 Talking about similarity, this laptop can also be called similar to its previous laptops which include NoteBook Pro and NoteBook Ultra. However, we don’t have any such information about why Xiaomi has gone with this NoteBook Pro 120G naming.

Now adding more details, on the front we will get to see a 120Hz faster refresh rate screen however, the screen size isn’t yet confirmed, and also we will see it coming with the power of Intel’s latest new 12th Generation chipsets. As of now, there is not much information coming out from Xiaomi but they tease this laptop as fast, fluid, and fantastic. To know more, you can have a look at its microsite too. 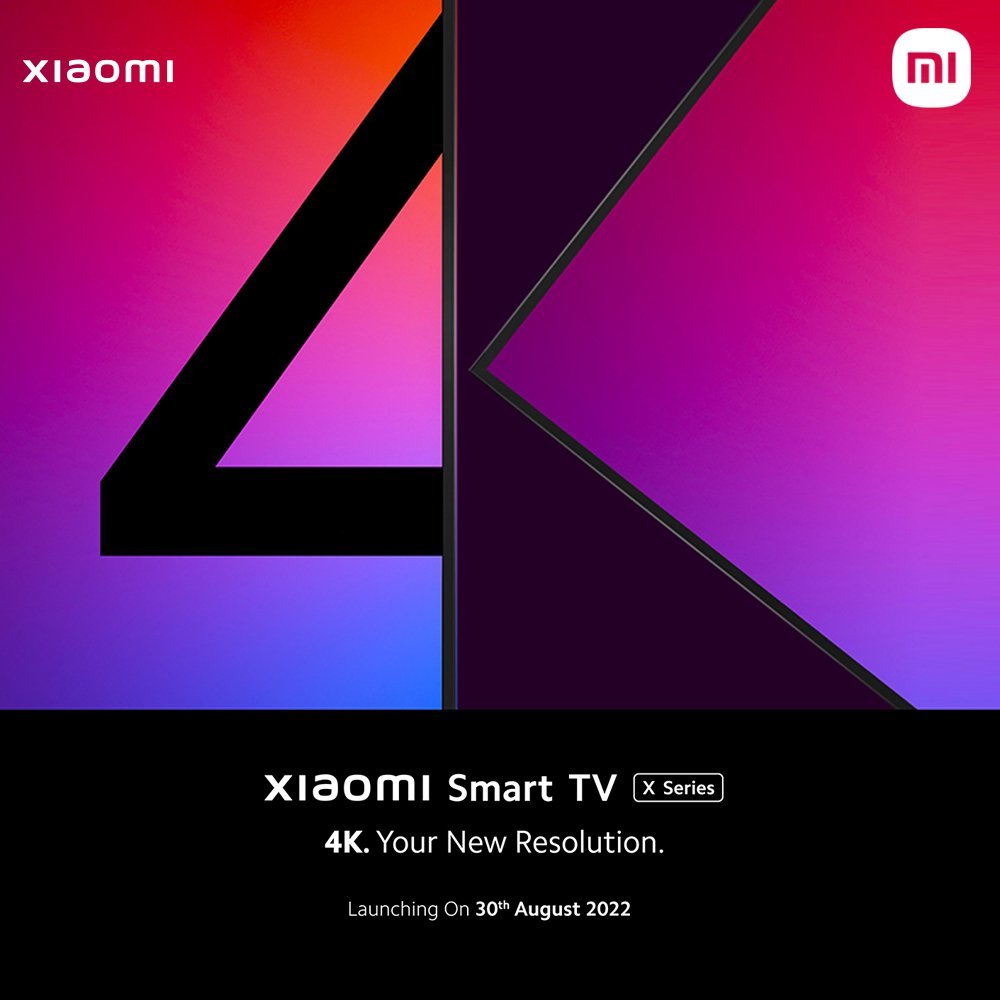 Talking more about the Smart TV X series coming from Xiaomi, it’s been said that this will be a new addition to the entire Smart TV series within Xiaomi. However, it’s been confirmed that we will get to see it coming with 4K resolution support and a modern-looking bezel-less design language too.

Although, there is not much information leaked out yet! But, we believe that this new TV will be coming with the support for Android TV alongside PatchWaLL UI too.

There are no such updates about the pricing of this laptop as well as the Smart TV coming from Xiaomi. Although, we are just a few more days away to get in hands with this new laptop and Smart Tv series from Xiaomi. However, we will be updating you as Xiaomi launches these products on 30th August. Until that, stay tuned with us on TechStory to get more exciting updates in the near future.