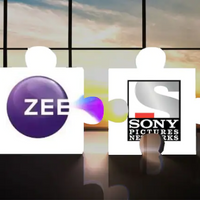 Zee and Sony agree to sell three Hindi channels Big Magic, a Hindi general entertainment channel, as well as Zee Action and Zee Classic,  have been agreed to be divested by the two firms

The media companies Sony and Zee have agreed to sell three Hindi channels in order to ease any potential anti-competitive concerns raised by the merger agreement.

Big Magic, Zee Action, and Zee Classic are the three Hindi television channels. They proposed their plan to the CCI (Competition Commission of India), which on October 4 approved the agreement with a few changes. After approving the planned merger more than three weeks ago, CCI made its detailed order public on Wednesday. According to the judgment, the two groups have agreed to divest Hindi cinema channels Zee Action and Zee Classic and the general entertainment channel Big Magic.

After CCI’s prima-facie conclusion that the planned merger was likely to impact competition significantly negatively, Sony and Zee voluntarily agreed to the change.

Deals above a particular size compulsorily need CCI approval in order to maintain fair competition in the market.

The proposed merger between Zee and Sony, which was announced in September of 2021, was approved by CCI on October 4.

The regulator has also stipulated a number of conditions the prospective buyer must meet to purchase the three channels. One requirement is that “Star India Private Limited or Viacom18 Media Private Limited (including their respective affiliates)” cannot be the buyer.

The buyer must be impartial and unaffiliated in any way with the resultant entity and its connections. In accordance with the ruling, it should not be a current or former employee, director, or spouse, or child.

The buyer must, among other things, have the means, know-how, and motivation to continue and expand the divestiture business as a viable and active rival to the parties or the resulting company in the target market.

The order stated that the buyer “must not reasonably be expected to give rise to any prima facie competition concerns or give rise to a risk that the implementation of the Order will be postponed, and must, in particular, reasonably be expected to obtain all necessary approvals from the relevant regulatory authorities for the acquisition and operation of the divestment business.” The three channels were sold as part of the divestment transaction.

According to CCI, the planned combination will have a significant negative impact on competition in India if the parties do not comply with the voluntary revisions submitted.